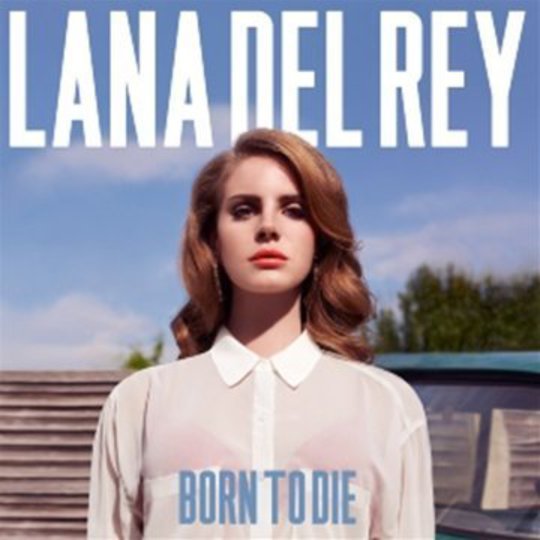 I don't know why these chicks do it to themselves. You see them getting off the bus every day, fresh from Omaha or Wilmington or Lake Placid, upstate New York. Take this one girl, Lizzy Grant. Left her dotcom millionaire daddy trying to make it as a singer, says she wound up in a trailer park. Girl's got a fancy metaphysics degree and all, why waste her time doing what a million other girls tried and failed at, and cop a load of smack talk about her family and her management and her lips while she's doing it? Goes around calling herself Lana Del Rey now. Fancy.

There was that one song, ‘Video Games’, seemed to be about asking some guy played by James Spader which way to bend over. Had everyone jumping on her like panthers. I liked that song, it was the kind of thing you'd hear in a David Lynch movie. The one where it turns out they're all lesbians. I don't think this one's a lesbian. But she gives off that certain air, you know, that she'd turn herself into anything for any man if that's what it took. But that's pretty much any girl in this make-believe town; they gotta live, after all.

This one lets her old man "watch me in the swimming pool/bright blue ripples/sitting sipping on your black Cristal" and only ever speaks to demand he "tell me you want me/give me them coins". But with other guys she'll make all kinds of demands that you "tell me I'm your national anthem" while she "hold you like a python" and checking your Hamptons zipcode. Poor shmucks. She tells the boys what they want to hear, maybe that she'll "love you 'til the end of time" or innocently asking "do you think we'll be in love forever?". Likes to play the Lolita, this one. You never know if she means it, or just saying it to keep her head above water while longing for her own successes.

She likes that whole hip hop thing though, has this whole swagger thing going that not many girls like her got. Does this almost rapping thing on ‘National Anthem’ and ‘Off To The Races’. Always using those pounding beats and heavy basslines. Maybe that's the trailer park thing again, I don't know. And she loves those violins. Can't get enough of them. Whole thing sounds like a poppy Bond soundtrack remixed for the clubs, although even her faster songs sound slow.

It's the kind of club where everyone's two drinks away from throwing themselves in front of the nearest bus, sharing their war stories about how they could've been a star if only they'd not gotten sucked in by the lifestyle. But they carry on dancing and smiling anyway. The kind of place everyone wants to be, only to realise when they get there that they've never been more miserable. That’s this girl’s album, filled with sorry stories about death and bad boys, soaked in cheap whiskey with an expensive label and the girl’s own Hollywood obsessions.

Gotta say, there's only so much of that kind of nightlife a girl can handle. You start tuning out of the tales of woe towards the end; you kinda wish she'd give herself a rest instead of singing maudlin standards about alcoholics named ‘Carmen’ and some ‘Million Dollar Man’. She'd be great with more upbeat jams like ‘Diet Mtn Dew’ or ‘This Is What Makes Us Girls’, the E! True Hollywood Story of Liz and Jessica Wakefield; you want to hear a girl had her own life, and her own fun, before some idiot guy screwed her up.

If you ask me, I reckon the girl doesn’t know whether she wants to be a classic Hollywood glamourpuss or a modern pop star, so she’s doing both at once. Nothing wrong with that here, songs all cinematic, like a warped Casablanca channeling the Rat Pack via Do The Right Thing. More interesting than a lot of starlets by far, and more confident. Whatever she ends up being, she seems fun, this Lana Del Rey. A lot more fun than you'd think to look at her.