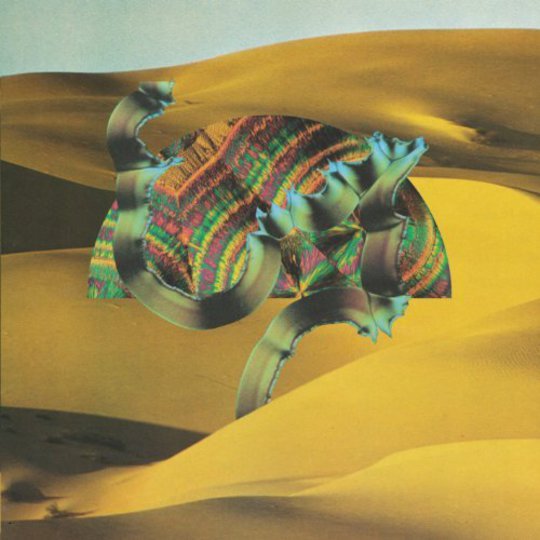 Django Django, so good they named themselves twice - then twice again, with this self-titled debut - have festered in self imposed exile for years now, playing the waiting game after releasing their double A-side ‘Love’s Dart'/'Storm’ back in 2009.

A time consuming gamble, usually only afforded to the ‘talent’ bankrolled by philanthropic record executives in return for a writing credit and bi-monthly hand-jobs. So for an independent label to afford such breathing space is a good indication that the band have something worth cultivating. Or alternately they are so forgettable they have been accidentally abandoned in the vaults, and are now finally released blinking into the sunlight like four Terry Waiteses.

As well as singing and straddling the drum stool, David Maclean embodies the Eastern European work ethic that Boris has been telling us lazy sloths about, doubling up as producer and de facto leader. If it was a Janet Jackson production, he’d be the one with what they call The Vision. Maybe it’s because he’s the only one who knows how to work the laptop in their bedroom studio, but there’s no shame in being led. Democracy is overrated anyway.

It still feels like a tight band as opposed to one guy pressing buttons in his bedroom for two years while developing a Vitamin D deficiency. They have built on the promise shown by the excellent ‘Love’s Dart'/'Storm’ single, both sides of which are included here.

If you excuse my forays into journalistic cliché, I’ll now play the unavoidable game of likening one Scottish band formed at art college to another, by drawing comparison to the excellent Phantom Band and FOUND. There’s FOUND’s electronic inventiveness and elements of The Phantom’s tribal folk tinged opuses on show. But to swerve away from the incestuous nepotism regularly clogging up the arteries of the Scottish music scene, the best compliment I can give this album is that it feels like Clor. A fantastic band who showcased inventiveness, intelligence and variety, yet were surprisingly accessible (before the dicks broke up).

Once beyond the appropriately named ‘Introduction’ you are hypnotised with excitement by the rhythm of ‘Hail Bop’. When ‘Default’ follows, you are thrown into the realms of wonderment. There’s no point fighting it, you can’t help but be sucked in by the simple beat built for the dance floor.

Now that we can be exposed to every genre under the sky at the click of a mouse, something has to be very special to stand out. And Django Django definitely stand out. Not in a manner where it feels like you are listening to a group of try-hards with ADHD and an extensive record collection to pilfer from. Sure, they probably do have an extensive record collection that they are pilfering from, but it feels effortless. Even after repeated listening it somehow grows on you.

‘Life’s A Beach’ provides a soundtrack for sunshine and surfing, somehow referencing “Going loco Acapulco” and maintaining their dignity. ‘Wor’, irritating spelling aside, is fantastic. Borrowing Public Enemy’s use of sirens to add immediacy to a rollicking guitar riff so primitive - as if wired in our DNA as cavemen - that you can’t forget it.

The only annoyance for me is that the next 12 months of album releases doesn’t feel too appealing anymore. It’s like having a marathon movie session, starting with The Godfather, followed by a Jason Statham box set. So thanks Django Django, for simultaneously making and ruining my year. I just hope this gets the recognition it deserves, and it doesn’t end up in the ‘forgotten albums of 2012’ bin.