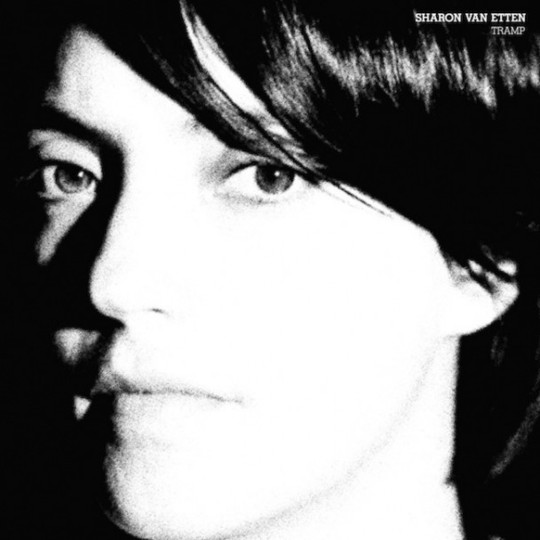 Sharon Van Etten’s 2010 album Epic was an understated masterpiece, with the Brooklynite wrangling mighty emotion from the most spartan of ingredients. It saw her nominated for DiS’ album of the year and garner a raft of high-profile admirers, including the likes of Bon Iver and The National. Yet with her career blossoming, the opposite was true of her personal life. Finding herself homeless, Van Etten spent 14 months in the studio with The National’s Aaron Dessner, picking over the bones of a shattered relationship. The resulting record, Tramp, reflects the period well – musically, it reaches new heights of richness, urgency and confidence, while lyrically it’s every bit as intense and piercing as the back story would suggest.

It’s no coincidence that the album cover eschews the wispy artist’s rendering of Van Etten’s face from her previous releases in favour of an uncompromising head-shot photo – as much as anything, Tramp is a record of its maker’s frankness and courage, by turns painfully stark and stomach-churningly thrilling. Van Etten’s ruminations are dispatched through gritted teeth, fraught with tangible angst – indeed, in less careful hands, Tramp could easily have been a decidedly angry album, especially on heavier tracks such as ‘Serpents’ – but her girlish sultriness instead lends immense tenderness and poignancy to proceedings.

The 12 songs capture her in the throes of various long, dark nights of the soul. A slightly disparate collection, perhaps (it was recorded sporadically over those 14 months), but the slight sense of unevenness makes for a rich patchwork of emotional turmoil, with the irritable thrashing of opener ‘Warsaw’ and the unresolved tension of ‘Serpents’ rubbing up alongside the strung-out melancholy of ‘Kevin’s’ and the tentative stoicism of ‘We Are Fine’.

There are, though, several clear standout moments. The keening ‘Kevin’s’ is almost unbearably gorgeous, but its true purpose is to lay the groundwork for the gobsmacking ‘Leonard’. Van Etten’s immediate, plaintive voice is inescapable, sitting high in the mix, dragging you along on an irresistible journey of anguish. It’s her trademark matter-of-fact lyrics that allow the emotion to hit as hard as it does, from the faux-dispassionate narration, “There he goes, he finally closed the door”, to the climactic realisation, “I am bad at loving you”. ‘All I Can’ is even better – once more, Van Etten’s vocals take centre stage, grabbing you by the lapels, looking you dead in the eyes and pleading, “I do all I can, but who is my man?” The band build and build around her – by the time the brass enters the fray, it’s all rather overwhelming.

And then there’s the exceptional run of tracks that closes the album. ‘Ask’ makes for another overwrought, rousing crescendo, clearing the decks before the intense, desperate incantation ‘I’m Wrong’. Reminiscent of Epic’s droning centrepiece ‘Dsharpg’, it’s a thrilling demonstration of how far Van Etten has progressed musically in the intervening two years. Impossibly exciting, bursting with personality, it’s incredible how such fragility can dovetail so seamlessly with such immense power. Indeed, on tracks like ‘I’m Wrong’ and ‘All I Can’, it's truly mindboggling how Van Etten manages to commit such formidable emotion to tape as powerfully as she does. No wonder, then, that by the morose, bleary-eyed closer ‘Joke Or A Lie’, she sounds completely exhausted, concluding with the fitting epitaph, “Believe me, I tried.”

If Epic was a hidden treasure, Tramp feels like Sharon Van Etten’s career-defining album. It’s a wonderful record, a colossal achievement, and features some of the most breathtaking, moving and downright beautiful music you’ll hear all year.