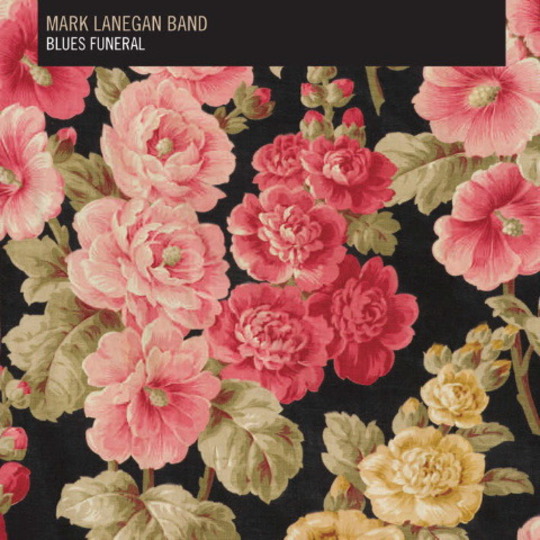 Despite releasing his last solo album in 2004, you could hardly accuse Mark Lanegan of slacking in his quest to refine new shades of black from a resolutely bleak palette. Three collaborative LPs with Isobel Campbell and one with Greg Dulli as The Gutter Twins, have kept this former Screaming Trees singer plenty busy. When he’s not been touring with The Twilight Singers and Soulsavers that is.

Despite his eight years of musical polygamy, Lanegan remains instantly recognisable thanks to the gruff hubris of his uniquely coarse voice. Deliciously callous but cursedly familiar, these scorched tones do wonders to defy all conventional notions of tuning at the expense any sort of flexibility. Most of the alt-rock icon’s output therefore sees him either caterwauling from the eye of a tempestuous racket or cooing over a quietly subversive ditty. When he’s on form, Lanegan’s magnetism is undeniable, not least to Josh Homme, Kurt Cobain and the countless others who’ve all enrolled in a discography spanning four decades. The Queens Of The Stone Age frontman even crops up on Blues Funeral with a few bursts of ever-wailing guitar but for the most part, the seventh Mark Lanegan Band album is dominated by its songwriter-in-chief.

Opening on with a juggernaut of a bassline and accompanied by some howling echo pedal ‘The Gravedigger’s Song’ is a ferociously demonic appetiser for a record with few soft edges. “These tears are liquor and I’ve drunk myself sick,” croons a remorseless Lanegan on ‘St Louis Elogy’, clearly relishing an unabashed return to his anti-hero persona.

This embrace of chaotic brutality can be compelling with the appropriately-titled ‘Riot In My House’ and ‘Quiver Syndrome’ providing plenty of narcissistic thrills. ‘Ode To Sad Disco’ also proves the malevolent throb of industrial synth to be a sublime foil to those unmistakably gruff vocal chords. Upon repeated plays however, the shroud of gloom surrounding Blues Funeral tends to congeal tracks together. Especially those at the album’s backend where ‘Leviathon’ and ‘Tiny Grain Of Truth’ sag under the weight of their deathly pace.

Lanegan’s morbid fascination packs less of a punch the more he fixates on it, blunting the razorblade shuffle of ‘Bleeding Muddy Water’ and ‘Deep Black Vanishing Train’. This isn’t necessarily the fault of the subject matter, more it’s treatment. There’s so little levity to be had from Blues Funeral that the profound hopelessness emanating from lines such as “All around this place I was a sad disgrace” slowly suffocates all life from the album.

While most would expect nothing less from a Mark Lanegan Band LP, the end result is a record for ardent fans and not casual admirers. No doubt, this will sustain its creator while he continues to wallow in filth and slow-brewed fury but you do have to wonder how much mileage there’s left in this pursuit. When you’re mining misery for its absolute rock bottom, who’s to tell when you’re already there?