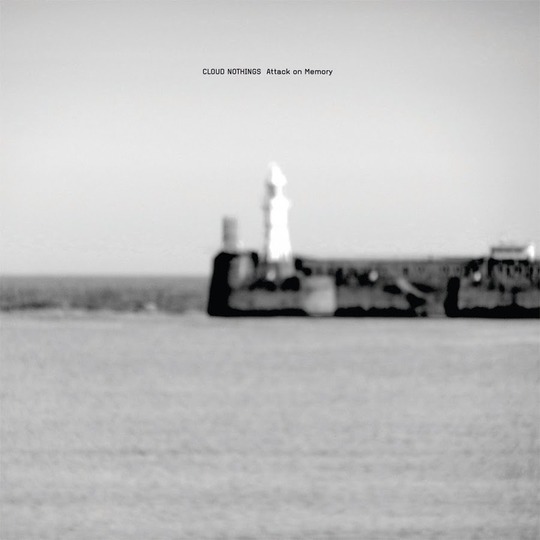 With rock music again supposedly on its death knell, along comes Ohio's Cloud Nothings with Attack On Memory, their third and most abrasive album to date. Once bringers of breezy pop-punk, this new release finds the foursome sounding serious and conflicted – imagine The Get Up Kids caught in an existential crisis, glumly thrashing out their upset in bursts of power chords and strained vocals. Then crank the volume several dials.

Sparking elements of Nineties emo, art-rock and grunge, Attack On Memory is an exhilarating listen. This might be the third Cloud Nothings record but it has the energetic fizz of a band on their first outing – which, in a way, it is. Having recorded a spate of cassette releases, 2007 debut Turning On and 2011's self-titled follow-up alone in his bedroom, the group's mercurial songwriter Dylan Baldi is here joined by a supporting cast of musicians who help him assemble what is easily their best album to date: adventurous, upbeat and gleefully acerbic, Baldi spitting out his lyrics with a fierce Cobain-ish venom.

Beginning with the slow-burning 'No Future No Past', its eerie dissonance building to an fist-in-the-air finish, the group accelerate their way through a succinct 32 minutes of music, perhaps wary of not outstaying their welcome. They needn't have worried. Attack On Memory is full of highlights: the scrappy harmonies and fuck-you spirit of 'Fall In', the stomping Faraquet-ish punch of 'No Sentiment', the way 'Wasted Days' extends to nine minutes of fierce guitar histrionics, to name but a few. It might make for a disjointed listen but, well, who cares?

The lyrics on Attack On Memory are a blend of fairly-route-one emo laments and intriguing nods at their own place at a crossroads between cult notoriety and something bigger. New York Times writer Jon Caramanica noted an emerging genre of music called 'blog rock' in a recent article, describing a new wave of groups 'united by audience and distribution arc more than by sound' - in other words, acts defined by their blogosphere beginnings. Cloud Nothings, with their Pitchfork-approved brand of scuzzy lo-fi punk, fit this bill and seem to play with it. Baldi threads lyrics through the record that sneer at the next-big-thing-isms of blogosphere rhetoric: “original, it'll never get old,” he sings sarcastically on 'Our Plans'. “Tomorrow, we're through,” he drones similarly on 'No Future No Past' with a blank resignation.

But on the evidence of this record, Cloud Nothings seem equipped to last. Attack On Memory might be on surface a pretty routine blast of crashing percussion, throaty vocals and biting guitars but repeated listens reveal a more nuanced affair full of charisma and spark. Its rough-around-the-edge snarl will be a bit much for some – it was, after all produced by veteran noisemaker Steve Albini. For others, it's one of the first must-hears of 2012.