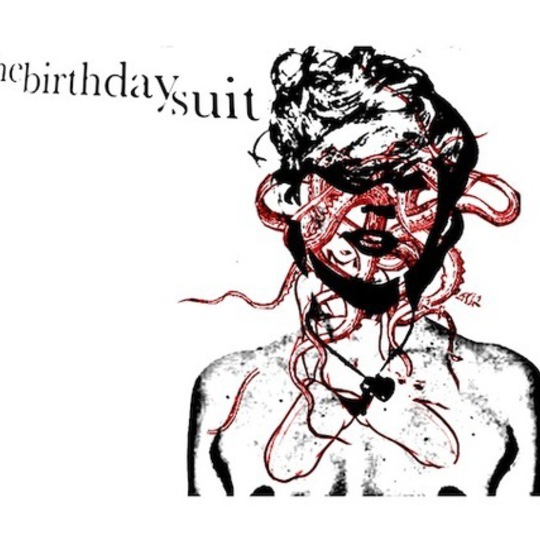 When Scottish indie-rock heroes Idlewild – whose guitarist Rod Jones now fronts The Birthday Suit – announced their hiatus last year, it was a disappointment, but not a surprise. Although 2008’s Post-Electric Blues was hailed in many quarters (including this website) as a significant step towards a return to form, all praise was tempered with the same qualification that always haunted their later career: 'Yeah, but it’s not as good as 100 Broken Windows, is it?' It says a lot that Idlewild’s final tour saw them play 100 Broken Windows from start to finish every night, in a nostalgic celebration of past glories/major label reissue promotional campaign.

There’s no denying that after that particular post-punk masterpiece (I’ve searched, but there is no other word for 100 Broken Windows) was released, Idlewild softened their approach, turning more often to acoustic guitars and piano, most notably on 2005’s folky Warnings/Promises. Plenty of words were used to describe that Idlewild 2.0 – they were matured, stripped back and, for more than just a few hardcore fans, boring and downright bland. Though their next record, Make Another World, switched the distortion pedal back on, Idlewild never quite overcame the perception that they were no longer as exciting as they used to be.

And now that frontman Roddy Woomble is off being a full-time folk singer and hillwalking enthusiast, the burden seems to fall on Rod Jones and The Birthday Suit to provide that next great indie-rock album that Idlewild never quite made.

Unfortunately, they don’t quite pull it off. The Eleventh Hour starts strongly enough, with the slobbering grunge of ‘Do You Ever?’. Its riff shudders and screeches, with some gloriously unhinged guitarwork in a chorus that sneers with bluesy contempt. But all of this early angst is undermined the moment it segues into the boy/girl sing-song of ‘Hope Me Home’, with its poundingly cheery chorus. It’s catchy, but just twee enough to make you wonder whether those early bars of sludgy power chords were a ruse. ‘They Say I Love You’ is gentler still, almost sounding like a smart and eloquent Death Cab For Cutie ballad until it reaches a mawkish crescendo.

Jones’ credibility is restored on some of The Birthday Suit’s rock tracks – ‘On My Own’ races at breakneck speed through a mist of whirring synths and spacey guitar licks into a grippingly punchy chorus; ‘The Eleventh Hour’ is thrillingly adolescent, if disarmingly emo; ‘Are You OK?’ is full of character with its cute calls and responses. ‘Sell It All’ is a particular highlight, as it drips with cyclical clicking melodies and moody introspection. Sadly, these successes are swiftly glossed over by the clumsily Springsteen-esque ‘Don’t Look Down’, which sounds insanely like ‘Born To Run’, but without marks of an authentic anthem.

At their best, The Birthday Suit offer up solid rock songs. The Eleventh Hour is enjoyable, but not jaw-droppingly inventive or especially engaging. It has a lot in common with Make Another World in that, on paper, it feels like it could be the album we’ve been waiting to hear for years, but ultimately falls short of those expectations. Of course, it’s totally unfair on The Birthday Suit to judge them against Idlewild – let’s not forget, they are actually a different band. But at the end of the day, this is Rod Jones, a man responsible for one of the greatest indie-rock albums of all time, making another indie-rock album in a broadly similar style. The comparison is inevitable and the conclusion is the same: it’s not as good as 100 Broken Windows, is it?