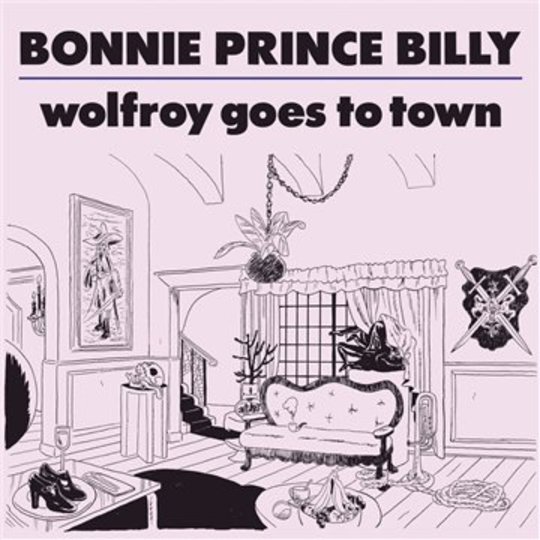 “As boys we fucked each other/As men we lie and smile”, Will Oldham, aka Bonnie ‘Prince’ Billy strikingly sings these words at the beginning of ‘New Tibet’. Any track which opens with a reference to gay sex is alright by me, and whilst Oldham’s twenty-first studio album Wolfroy Goes To Town is generally an album of good old despair and nihilism, a declaration of boyhood gay fucking is a middle finger stuck up at the forces of conservatism in my mind. This fuck-you is extended later in the track, albeit quite despairingly, with the words, “We are not what we should be/We just do what we do...If we had power/We would not fight for you/We would crush you”. There is a spark of rage on Wolfroy... which elevates it above the mere mopey. This frustrated anger feels evermore human in ‘New Tibet’, which aided by faint guitar and with Oldham’s trademark pained-but-controlled vocals, lays down emotional vulnerability, singing of “Fear of the future/Love for others/And guilt”.

There are many references to God and religion on Wolfroy... but usually only to note God’s absence and the empty space left in its place, making this quite the anti-evangelical folk album. In ‘No Match’ Oldham declares himself, “No match for those who love the Lord” before also noting “they are no match for me”, suggesting maybe there’s still strength –or at least sense- in a loss of faith and bleak, godless world view.

The vocals of Emmett Kelly and Angel Olsen play a refreshing contrast to Oldham’s blokey country drawl. For the most part the female voices are only employed as backing on Wolfroy, but stand out track ‘Quail and Dumplings’ achieves greatness largely owing to Angel Olsen’s superb moment of howling lead vocals, reverberating with the feeling of being at one’s wits end: “Why wait for something?/Why make a plan?/Fuck birds in the bushes”.

If you want a summary of the tone of the album, I point you to ‘We Are Unhappy’. Well, the title says it all really. But if you want to go deeper into the unhappiness over a gently lulling guitar you’ll find the following lament, “Mind it is going and faith is destroyed/Emptiness showing/God’s cruelty deployed/Lovers have left/Friends close their eyes”. Ouch.

Will Oldham’s still got it. He’s not mellowed with age and long may his misery continue along with his talent for making beautiful, dark, raging, bleak and godless music.