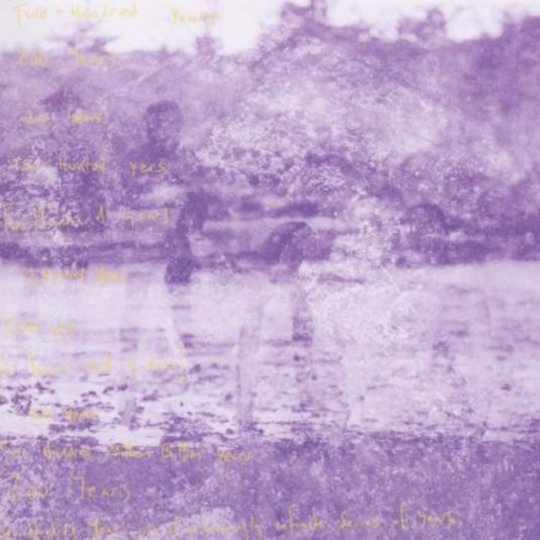 200 Years is a duo consisting of Six Organs of Admittance’s Ben Chasny and Elisa Ambrogio of the Magik Markers. While the Six Organs project has increasingly drifted from its noisier beginnings to the folkier end of things, the Magik Markers’ output to date has been characterised by scuzzily recorded live CD-Rs, sprawling noise rock jams, and Ambrogio’s vocals alternating between brash snarl and contemptuous apathy. The big surprise then, is just how soft and dreamy 200 Years is.

As Chasny explained on his website “This is a very quiet record. Maybe some people were expecting loud. Nope. Maybe they were expecting rants and anger. Nope. I’d say it’s mostly quiet and hushed and sad.” He’s not wrong. It’s so quiet, hushed, sad, and song-orientated that it’s almost a pure folk record.

The press release claims that “Ambrogio’s lyrics are sung without major effect” which is true if compared to certain chart-topping caterwaulers, but she’s still singing in a more traditional sense than she ever has before. There were a couple of ballads on the 2007 Magik Markers release Boss, but on the piano-led ‘Empty Bottles’ Elisa’s vocals were charmingly off-key as if she had reluctantly agreed to such a conventional exercise yet still felt the compulsion to subvert it.

Most of what we get here is more straightforward acoustic balladry, with the vocals and acoustic guitar dominating the mix. There are occasional incredibly subtle indications of the pair’s more avant-garde leanings. ‘Thread’ stands out on account of its feedback and abstract percussion backing. The presence of Ambrogio’s squealing guitar is just about audible on ‘City Street’ and is the solitary glimpse of the playing style that Thurston Moore once enthusiastically described as “completely primal”. Having noise such as this so low in the mix might succeed in making repeated listens rewarding but perhaps they could be brought more to the fore. From interviews it sounds like this is the plan for their next record.

Other stand-outs on this debut include opening track ‘Wild White’, the music of which evokes night-time porch-singing or bonfire balladry, nicely juxtaposed with lyrics about the light which “pulls moths in to die”. The composition of ‘Partin Wayz’ is vaguely reminiscent of the softer end of REM when they were still good. ‘West Hartford’ has a surprisingly catchy singalong verse which would get lighters waving if it were an Eighties soft-rock anthem rather than an acoustic tune performed by this esoteric couple. It also has a brilliantly miserable and defeated chorus of warning and regret: “Love will cast you / in passion plays re-acting the fall / Time teaches you / better to say nothing at all”.

Keeping quiet must have involved an admirable degree of restraint for both parties and the record succeeds in highlighting a different side to their talents, but the result is an album which is a touch too samey and a just a little bit too nice. The weaker tracks even waver dangerously close to tweeness. By the final three songs it gets hard to maintain complete attention, although given that this record’s laid-back sound is perfect for a lazy hangover or a sleepy evening, by that time it might not matter anyway as you drift into semi-consciousness.