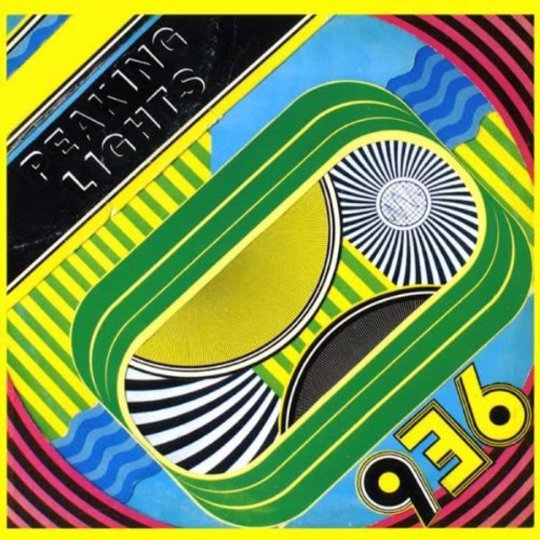 It’s going to be hard to add anything new to describing an album that, though only available physically in Europe this month, has effectively been available online in one form or another since springtime when released on US label Not Not Fun. Coming out over here as it does now with nights unfurling earlier and temperatures angling for a dive, the woozy ambience of Wisconsin duo Peaking Lights' debut feels, in this context, more a nostalgic paean for past experiences shared than those up ahead, a record that’s very titles – ‘Birds Of Paradise’, ‘Marshmellow Yellow’ through to the more explicit ‘All The Sun That Shines’ and ‘Summertime’ – suggest a sound longing for yawning daylight, for beaches baring fresh footprints and terrain coloured by the scorched hazel of a naked sun.

Yet it’s that very nostalgia that marks 936 out as a record with longevity, and not just a seasonal distraction; the overriding, loose connective tissue of its elements - half-lost, half-explorative, wholly contented – seem to move in different tenses, the vocal hooks that play off ‘All The Sun That Shines’, for example, are instantaneous enough to perforate the cerebrum with immediate satisfaction, but set against the hazy reminiscing qualities of soft-edged dub and throbbing repetition of the sonic bed below it. There’s something, too, in the way that the softly-murmuring vocalist Indra Dunis utters “all the sun that shines, shines for you”, detached and wistful, giving her the effect of playing out a memory as opposed to dealing with the here and now.

Reception-wise, 936 has had several months gestation period at this point, with all the pigeonholing and boxing-off that entails; of all the touch stones that have been attributed to it however – from dub, to psychedelia via kosmiche - it’s odd that one normally most often tagged on to this sort of work hasn’t been used that much. That’s refreshing, but in one sense its half-dream qualities and blurred recollections do give way to similar emotional responses to that of a more chill wave nature. Yet Peaking Lights are very much second cousins once removed from label mates Ducktails et al; where those artists give the sense of rooting back in time to find retrospective odds and ends, fitting them together in a collage, the duo seem to have built up their layers from a starting point, each new experience and influence pasting over an existing canvas that still seeps through. An interview earlier in the year with the pair saw them explain the evolution of their sound, and it seemed to work in layers, from Aaron Coyes' love of dub to his partner’s pop sensibilities and their shared passion for acts like Can and Amon Duul II. So it goes on record; for instance ‘Birds Of Paradise’ is as though low-end bass and percussion begat Sixties flower-pop vocal melodies begat additional aural experiments, distinct layers wandering their own path in among gently hissing tape production.

‘Marshmallow Yellow’ follows a similar pattern with drum machine lolloping in the background and velvet analogue sounds sweeping through a simple melody, done so in such a way so that it avoids the increasing frustrations aimed at many current artists using reverb seemingly as a get-out clause. 936 is bathed in the deepest echo, true, but it feels controlled, thought out, and enhances the atmosphere rather than hiding a lack of basic ability. For proof of that see how effective things sound when stripping things back, as on ‘Key Sparrow’, allowing Dunis to take to the forefront in an intimate ballad that warps a little at the edges like an old VHS – there’s sincerity behind the gauze.

Refreshingly, Dunis and Coyes are a couple who make music with a translucent texture so that, at a time when boy-girl song writing partnerships have their work intensely scrutinised for hidden meanings and private references, 936 has existed thus far without anyone really paying much attention to their relationship status. The album seems to portray more universal feelings and memories of times that may well be specific to them, but are shrouded in something all the more unknown. Put more simply, if you’ve refrained from taking advantage of more illegal means of hearing this thus far in 2011, you really have no excuse not to listen to this subtly charming record.