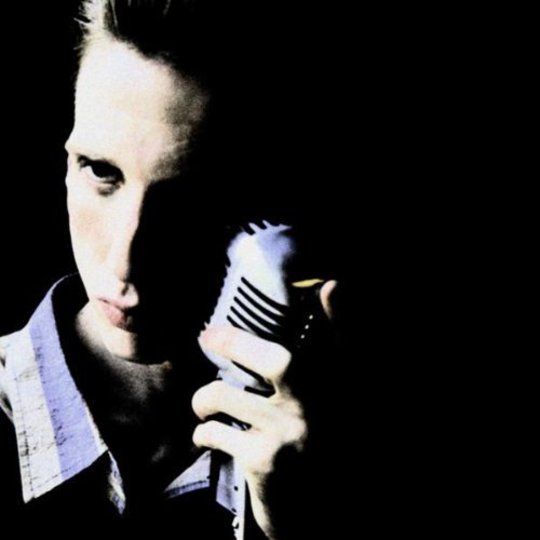 Just who is Bradford Cox? This much we know: he fronts psych-rockin’ blogosphere darlings Deerhunter, teeters somewhere on the cusp of his thirties, cuts a long spindly figure onstage and churns out albums at a ferocious pace - this, Parallax, is his seventh solo outing if you count his various bedroom recording internet releases. The rest can be pieced together from the rare interviews he grants - reluctant discussion of how a genetic disease has twisted his body into something resembling one of Guillermo Del Toro's fantastical filmic creations. How he developed an addiction to ambient music while blissed out on painkillers after ensuing spinal operations. How somewhere in him his quirky Machiavellian wit and deep-seeded frustrations intersect: “I don’t understand what kids want any more, and I’m not interested in catering to it,” he told the Guardian earlier this year. “All they want to do is dance and fuck, and those are two things I’m completely incapable of".

Less shrouded in darkness is Cox’s incredible, prolific talent. Whether he’s on duty with Deerhunter or going it alone under the mantle of Atlas Sound - a moniker he has employed since the age of ten - there’s a distinct, almost impossible quality to his musical outpourings. Parallax sees the Georgia resident conjure up more of the same languid, lo-fi magic that is dusted across the rest of his canon. Those familiar with Cox will know precisely what to expect - shimmering dream-pop, sparkling with ideas and irrepressible, seductive imagination. There’s a glimmer more polish to proceedings than on last year’s Bedroom Databank, three separate collections of songs fashioned in his home studio, but this follows the same carefree philosophy that made his back catalogue so warmly enjoyable: 'let’s just see what happens, shall we?'

Moments of genuine marvel, each one craving its own flowery descriptives, come thick and fast. The 8-bit barrage of bleeps, blips and bells decorating 'Te Amo' turn it into one of the most enveloping soundscapes you’ll lose yourself in all year, unfolding slowly and strangely like a acid-stained night spent stowed away in a haunted arcade. 'Mona Lisa', the only song reprised from Bedroom Databank, is an infectious jolt of indie-pop swagger so inspired it makes Da Vinci's portrait of the lady in black seem like a crude crayon doodle on a restaurant napkin. The gentle percussive thrust of 'Lightworks' draws the album to a close with a brilliant psych-pop-meets-Sixties-garage snarl guided by electric guitar licks and tufts of harmonica.

The riddle at the heart of Parallax, and indeed every Atlas Sound release that comes our way, is how Cox remains so fiercely mysterious, how regardless of the time you spend in the company of his music you glean next to nothing about the man behind the rich, bewildering swathes of sound. But perhaps that’s what keeps it all so dizzyingly enchanting, like stepping into someone else’s delirious, sweat-soaked dream.