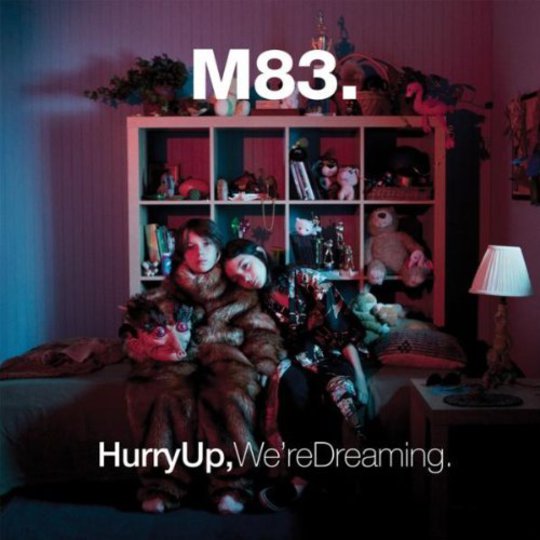 In the post-YouTube world of everything-all-the-time access to popular culture, the concept of 'cool' is all but redundant. Sometimes this is A Good Thing, especially now that we need not bore ourselves with questions along the lines of whether it’s Ok to like Abba.

It is a truth almost as universally acknowledged – except possibly in France itself – that the French never gave a camel’s arse for the rest of the world’s definition of cool. For instance, Jean-Michel Jarre's son et lumière was kind of impressive but it was also kind of ridiculous, although my French friend's response to this suggestion was a louche middle finger. It was precisely this insouciance that elevated the early work of Daft Punk, Phoenix, Justice and – yes – M83 above pretty much everything the Anglophone contingent had to offer at the time.

So far, so good. Relativism isn’t only tempting because it allows us to be lazy. It opens our minds, enables us to try other perspectives on for size. But it is a truth even more universally acknowledged than either of the universally acknowledged truths above, that you’ve got to draw the line somewhere. And, much as it pains me to jump ship on the Versailles massif after all this time, I’m drawing mine roughly a third of the way through Hurry Up, We’re Dreaming.

Double albums are necessarily somewhat hit and miss. That’s part of their pick’n’mix charm. But M83 mostly miss me here. For each post-‘Kim and Jessie’ slice of pungent Eighties-rehabilitation pop cheese (‘Midnight City’, ‘New Map’) there are two tracks that sound just how you’d imagine Eighties Genesis (I did briefly consider actually listening to some Eighties Genesis to corroborate this, but as I’ve said, you’ve got to draw the line somewhere). For each enjoyably blatant Lemon Jelly rip (‘Raconte-Moi Une Histoire’, ‘Year One’) or modest Eno-recalling interlude (‘Where The Boats Go’, ‘’Another Wave’, both of which echo ‘The Big Ship’) there’s a track where you fully expect Jim Kerr to descend from the gods hooting and dressed as a flower. And for every reminder of the ineffable power of 'uncool' in the right hands – Propaganda’s relatively unsung 1985 classic A Secret Wish comes to mind on several occasions (en)during a sit through Hurry Up We’re Dreaming, as does Felix Da Housecat – there’s something that sounds like it was left off The Final Cut because the bloke with the funny face out of Level 42 was playing the bass.

Gentle readertards, who would prefer fans-turned-critics to only ever write about things they have already decided to like, may breathe easy here. Honest guv, I was up for this. Certainly, I wouldn’t concur with the Radiohead fanboy contingent who thought Saturdays=Youth represented a dilution of the M83 aesthetic. More pop is usually A Good Thing in my book. But here the impulse is more towards the portentous, Fairlight-raddled, heart-on-sleeve vacuity of mainstream Eighties transatlantic rock-lite than the soaring-indie stylings of Saturdays... or the more songlike portions of its predecessors, and I’m afraid it mostly leaves me froid.