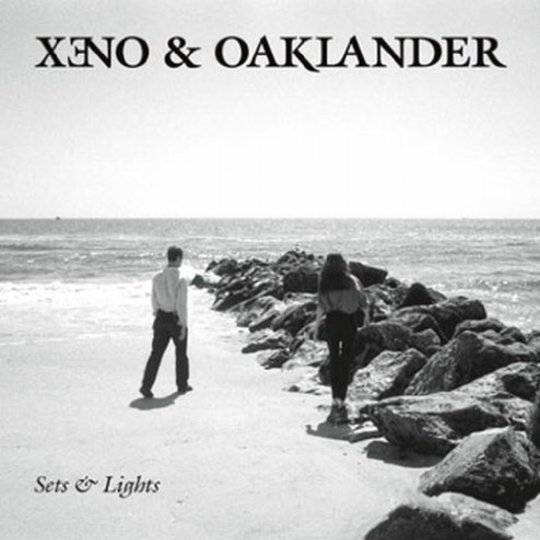 Up to now, the problem with coldwave has been an atmospheric one, in that the music has none. If the various players are to successfully reanimate French Eighties synthwave - that forgotten world of fraying wires and misguided pop ambition - it's essential they capture the atmosphere of the original music, or crucially - that of the era. It'll mean the difference between unquantifiable magic and the sound of three people in a studio trying very hard to sound detached.

At any rate, it isn't enough to have the right analogue kit, the right cerebral tech-bod at the desk, or the right glazed gamine front-of-house. Rest on these laurels and you get a record that's naggingly soulless, when synthwave - with its cheap garage dreams and provincial melancholy - was anything but, even if the predominant theme was modernity's ability to make losing those critical 21 grams a gloomy inevitability, like hating your job or that sad Tuesday afternoon orgasm at the hands of a person you essentially hate. At times coldwave has confused lamenting a soulless existence with putting out a heartless kind of music - much more the symptom than the cure.

Happily, male/female duo Xeno & Oaklander have nailed it on Sets And Lights, capturing the spirit of the times in the same way that, say, Air and Phoenix did with nouveau-pop or M83 did with sherbet-tasting new wave. Not only that, but for a retro sound (meaning that, unavoidably, it teems with cliches) and considering the album harks from a scene suffering from a serious case of much-of-a-muchness between bands, Sets and Lightsalso manages to be, if not original, then certainly fresh.

So as is always the case, working out if a retro album is any cop is a bit of a Chinese puzzle box, encompassing a complex debate on the difference between curation and art. It's handy then that on their latest effort the Brooklynites have made it easy for the listener, focussing as they do on the intuitive and imagination-driven, rather than being bound by the intricate strictures of period reenactment. Another reason why Sets and Lights is refreshing, is its eclecticism. It casts a wide net, rendering the record an emotional and sonic mosaic compared to the majority of the sub-genre's output, effectively taking its own route round to coldwave's ultimate prize: nostalgic verisimilitude.

Seeing that singer Liz Wendelbo's foil is none other than Sean McBride - coldwave pioneer and Vadar to the Emperor that is Wierd Records' Pieter Schoolwerth – it's no surprise this is classy stuff. But while McBride's seminal solo material (in the Martial Canterel guise) fell at the scuzzier, corrosive end of coldwave, Sets and Lights splits the difference between an icy but accessible strain of electroclash and a post-house John Foxx, who the duo are supporting this month on a UK tour.

Opening with the title track, the duo quickly establish the unifying 'All-the-world's-a-film-set' motif, no doubt inspired by Federico Fellini whose spectre haunts the music of nearly every coldwave act currently in existence. Ominous and empty feeling, it's pure Foxx, making perfect use of Wendelbo's slight choirboy yearnings and a stiff, square beat. Following closely behind is scene-stetting instrumental 'Untitled' and the quietly epic 'Years Before', in which McBride's weary Mark-Burgess-via-Morrissey voice wilts over an conflictingly insistent synthline, before the track goes dead, then restarts, then opens up to what feels like an entire eon of deep space, stretching out for miles in front of the listener.

Elsewhere, careening on Hi-NRG beats, 'Corrupt' applies fat synth bass to a trifecta of stress-inducing extras – strobing snares, speed-tapped keys and crazed arpeggios. They enhance the air of existential panic emanating from McBride's fearful vocals, while the mix of austerity and flamboyance renders the song simultaneously flowery and spryly digital. Wendelbo's own discontentment – manifested in a distrait mew – can be heard on 'Blue', a low-key vignette which tinkles with crystalline effects and canters along on a pendulous rhythm.

Next comes instrumental 'Italy'. Evoking a balmier climate than is customary for the genre, it features baroque pleasantries and a quicksilver modulation, conjuring Mediterranean highlife, crisp sophistication and a movie scene where trashy Euro-cheese drives the ecstasy-fuelled dance of masqueraded dilettantes. Meanwhile, the tuneful 'Autumn's Edge' recalls the neon-classical aesthetic of A Clockwork Orange, framing Wendelbo's transformation into a human synthesizer and backlit by what might be music's prettiest sequencer sound. After the poetically lifeless 'Desert Rose' comes 'The Staircase', which seems as enamoured with 'process' and the joys of tinkering with flawless-sounding technology, as it is the end result. They finish strongly with the subtly hopeful 'Open Walls' which appears to be in celebration of Fordian industry: men and woman and tiny pistons and cogs and other moving parts all working together in happy concert for the greater good.

The genuine article, Sets and Lights brings coldwave a step closer to realising the vision of the sub-genre once proposed by Blank Dog's Mike Sniper; a new underground form of internal transmission Sniper christened 'Impossible Folk'.