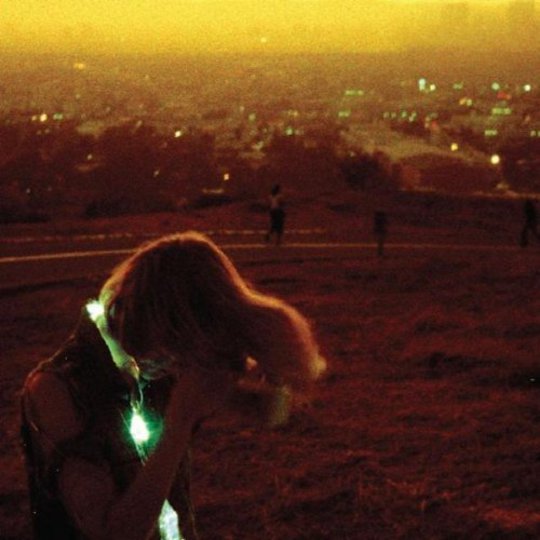 ‘Heart: Attack’, the opening track on Neon Indian’s Era Extraña, sounds like a 200-foot-tall Game Boy loading up. It is bold and direct in all its glitchy glory, like all statements of intent should be. What the intention actually is though, isn’t altogether clear. Perhaps the sheer abrasiveness of this 57-second-long instrumental intro is Alan Palomo’s attempt at shaking off the troubling chillwave tag that was attached to his Neon Indian project when he released his debut album, Psychic Chasms, in 2009. Or maybe it’s an effort to transform 8-bit trickery from nostalgic gimmickry into something entirely more spectacular; something powerful, intelligent, loudly ambient and blissfully evocative.

What this approach does is gives Era Extraña all the sparkling synths and wide-eyed wonder of M83’s poppier jams and turns that into a soundtrack for an Eighties teen movie about surfers from space. The aforementioned ‘Polish Girl’ is the key track in this regard: the way melodies splash and slide around sickly-sweet flurries of arpeggios and a family-friendly feel-good beat. You only wish its chorus was a little less muffled to make it all the more distinct and eye-catching.

This problem with choruses is a common one, particularly on ‘Era Extraña’ where, frustratingly, all the core components are in place. Its verse concludes and the arrival of the drums signals a shift in gear, but the vocals are too breathy and the melody is too soft to be picked out from the mighty wall of pads that does its level best to crush any musicality out of the song. It’s almost a pop song, but not quite, and that’s a shame.

Neon Indian is better when he abandons accessibility with greater conviction, as with the grinding, shoegazing guitars of ‘The Blindside Kiss’ and ‘Hex Girlfriend’. Better still is ‘Suns Irrupt’, a whirring dream of a track and Era Extraña’s finest moment. Here, the glitchiness of before is smoothed over as humming synths melt into an anxiously shy and sentimental chorus. It sticks out, not just because it’s a downbeat track on a fairly upbeat album, but because it is decidedly downbeat. It has its own clear vision, which the album as a whole lacks.

The bulk of the rest of the tracks on Era Extraña are a little too cautious to fully embrace the pop principles they embody. They are fun, likeable and wonderfully produced, but sit ever-so-slightly below the attention-grabbing threshold. Overall, Era Extraña is neither one thing nor the other – it is not quite a masterclass in cutting-edge contemporary pop, nor does it set any radical new standards in electronic music. It has a lot to offer around the edges, but is difficult to truly connect with at its core.