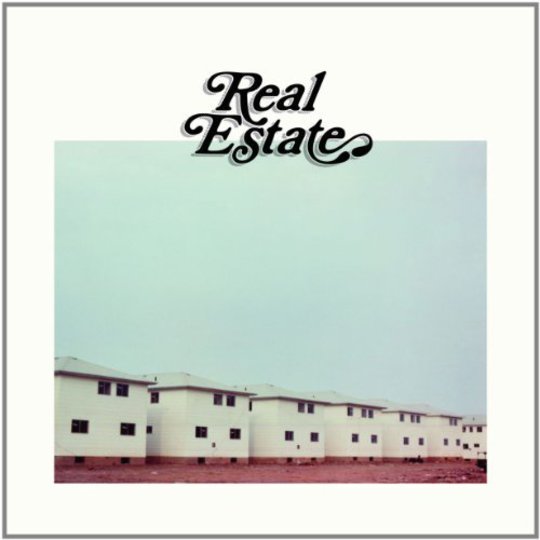 The problem with chillwave is that it’s just too chilled. No matter what those hipster kids claim, there are really only so many languid melodies one set of lugholes can take before fingers itchily reach for the off switch. And it’s this inability to surprise, to rouse for the jugular in a moment of out-of-step awe, that will render it another transient genre that passes quicker than a Usain Bolt bowel movement.

So far, Brooklyn-based ensemble Real Estate have treaded close to chillwave’s ambient contours without suffering any blemishes. The hazy-eyed surf-pop woozing of the quartet’s self-titled debut LP whiffed an air of Californian beaches and hemp-puffing sundown parties. Sure, it was complex of craft, but its brittle canticles retained a joyous listenability. This wasn’t chillwave; more a wave of tranquillity in an increasingly fraught and temporal world.

In many ways album number two, Days, evokes more of the band’s sun-basking atmospheric. The softened, almost mallowing, swells of lugubrious guitar still melt through every pore; the sloop-shouldered acoustics continue to wisp across brushing percussion; even Martin Courtney’s airy mew retains its gracious air of elegance as it weaves between each carefully tailored tapestry.

Such determination to get back on at the same station they got off has, rather ironically, left Real Estate sounding like a band that’s lost its way, a band trying so hard to replicate what it once was it can’t possibly consider what it could be. Couple this with the illuminating grace of guitarist Matthew Mondanille’s recent extra-curricular Ducktails adventures, and it’s hard not to consider Days as anything other than an indigestible waste of potential.

To make matters worse, it sets off on a zesty promise. Opening number 'Easy' bears the brushstrokes of an outfit pushing hard on the accelerator, desperate to take advantage of their debut’s goodwill. Oozing orange-soda jangles and washed out vocals, it’s a radio-friendly canal that threatens to spill beyond the contrite lugholes of the Pitchfork-gorging few and out into the marrow of populist listeners. But, disappointingly, that’s where the party ends.

From here, Days plunges into a soapy lather of identikit sways and swoons, grounded out at monotone pace. Circling stale ground like a peg-legged pirate determined to uproot buried treasures of old, 'Green Aisles' is a lilting mush of underwhelming tune that’s high in production but achingly low in seduction. 'Younger Than Yesterday’s gauzy summer tones are equally dispiriting, creeping along to a dreary guitar shuffle that’s as stagnant as a mosquito infested swamp.

Curiously, much of the album’s intrigue is found in counting up the rollcall of acts with viable claims for an artistic credit. 'Municipality's bulbous chorus and jangling twangs dangle between the sweetened melodies of The Byrds and Teenage Fanclub’s more reflective moments. Hints of The Shins drift between 'It’s Real's blustery harmonies and convivial rhythm. Worse still, 'Wonder Years's softened flush runs perilously close to the Califironiaphile shimmering of The Thrills. Picking them out's a fun time killer, but these aren’t exactly gooseflesh inducing touchpoints, intentional or not.

With a smidgeon of increased purpose, Days does at least manage to carve out a few swabs of decency that point to what might have been. Forged upon a gloopy honeycomb hook, the tropicalia-dazed instrumental 'Kinder Blumen' builds from slow waltzing schmooze into a thick climax of Honolulu rhythm. Likewise, album closer 'All The Same' conjures up the unexpected. Palpitating with rhythm, it’s a striding, chiming slab that stretches way beyond the record’s soporific core, while retaining the band’s homely tones.

But these towering moments stretch thin across a record lost in a comatose state of traditional, if beach-bumming, rock-pop tedium. Instead of transcending the band beyond the traditional indie shagpile, Days merely sheds doubt on the their capacity, or will, to push beyond their prism of easy-riding familiarity. They might not be chillwave, but, on this account, Real Estate sure do like to act it.