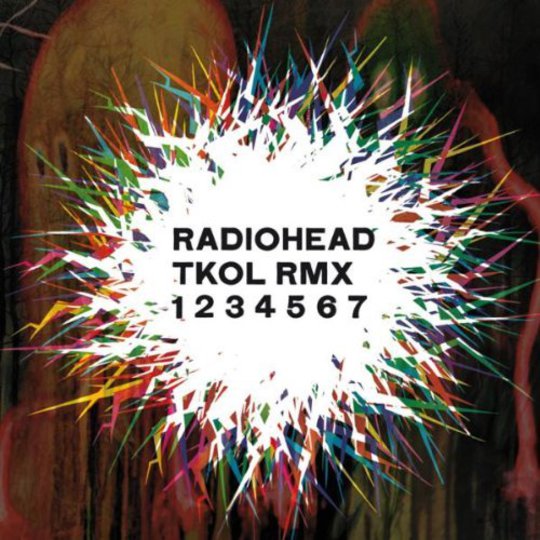 Remix albums are and will almost always be controversial, and as their presence amongst music libraries and record shelves continues to grow, both the motives behind them and the end product itself is often questioned. Frequently disparaged as money-spinning exercises, vanity projects, and futile efforts to transcend the genre from whence they came, the practicality of remix albums also provides challenges in itself. Any attempt to draw a collection of tracks that span dance genres into a coherent body of work that functions as an album, as opposed to a compilation, usually falls short.

Two recent examples of ground-breaking albums whose reincarnations have managed to produce a few gems but who have failed to function as albums themselves are Caribou's Swim Remixes and Pantha du Prince's XI Versions of Black Noise, with the former producing many interesting reinterpretations without ever managing to be greater than a sum of its parts, while the latter was essentially a 'Stick to My Side' EP. It is therefore surprising - or perhaps not when you consider the coups that Radiohead have endlessly achieved over their career - that TKOL 1234567 actually works, and that it works on so many levels. Not only does it happily function as a record that makes sense when played start to finish, but also as a showcase of just how exciting and innovative the world of electronic music is in this day and age.

Speaking about the motives behind TKOL 1234567, Thom Yorke states the project came from "us wanting to experiment with the tunes further. I was really curious to see how the people I was listening to so much would use what we gave them" and that "I love that there is such a culture of remixing at the moment, all this flow of ideas. It may come outta the club scene but to me there is a lot more to it than that." These sentiments were echoed by Dan Snaith of Caribou when he released the remixes of Swim: "Swim ended up sounding the way it did largely because of my being so excited about contemporary club music. Until recently, it had been years since I'd heard so much dance music that I've been excited by and been buying so many 12-ins. Every week there are a crop of artists I've never heard of releasing tracks I love…I didn't set out to generate a 'remix album'. My excitement just necessitated it."

While the moribund guitar mainstream and other traditional musical forms continue along the well-trodden path of imitation and conflict - with Kasabian in particular taking up Liam Gallagher's knack for arrogant self aggrandisement to the detriment of others - electronic music truly seems to be blossoming, with a tangible excitement akin, I would assume, to the profound musical movements of decades past.

The last few years have seen the likes of Four Tet collaborating with Burial, Caribou and Thom Yorke and over in Europe, Apparat has joined forces with Modeselektor (Moderat) and Ellen Allien (albeit that was five years ago). In terms of live events, Field Day this year saw James Holden and Kieran Hebden perform back-to-back, while at the after party they were joined by Pearson Sound, and at the Coronet in Elephant and Castle last November, Hebden curated an evening which featured Rocketnumbernine, Nathan Fake and Caribou.

Not only is it reassuring to know that so many groundbreaking acts are actually friends with each other, but also that they are seemingly as inspired and excited as the mere mortals which attend their shows and buy their records. Tangible proof of this can be found by merely looking at the list of artists that have contributed to TKOL 1234567, as of the artists listed above, Jacques Greene, Nathan Fake, Lone, Pearson Sound, Four Tet, Caribou, Modeselektor and Objekt all feature. Add to this some of the most exciting artists to emerge in the last few years - the likes of Actress, Jamie xx, SBTRKT, and a producer who emerged out of obscurity to make his name by winning a competition to feature on the Swim Remixes, Altrice - and TKOL 1234567 is a testament to how healthy, vibrant and inspiring the world of electronic music is in 2011.

The variety of sounds on the album is refreshing, from the heavy four-to-the-floor reworking of ‘Good Morning Mr. Magpie’ by Modeselektor, to the haunting beauty of Ilum Sphere’s ‘Codex’, to Lone’s dubsteppy remix of ‘Feral’. Like all the best electronic music, most of the tracks could work well in either a club setting or sat at home, with Caribou’s ‘Little By Little’ being an exemplary example, starting out as a slow percussive track before subtly climaxing with the arrival of the chorus before fading again. Other stand out tracks include Jacques Greene’s deliciously poppy ‘Lotus Flower’, Nathan Fake’s swooshing analogue version of ‘Good Morning Mr. Magpie’, and Jamie xx’s ‘Bloom’. Mark Pritchard appears twice, once under his real name and another time under his Harmonic 313 moniker.

While die-hard Radiohead fans may wring their hands and gnash their teeth at the prospect of one of TKOL being transformed into dance music, and pretentious techno-heads may lament the 'obvious' choices of the artists chosen to create remixes, the middle ground between these extremes will find that this album works on so many different levels. It grows, fades and breathes like an album should, it provides enough singles to make it the envy of many a record, and it also demonstrates what a perfect stem the original TKOL was, and it is an exemplary showcase for artists who are far from being household names, and could, hopefully perform much like Kid A and Amnesiac did, as a 'gateway drug' for indie kids into the realms of electronic music (although admittedly the jump between OK Computer and Kid A was far greater than the leap made here). At the same time, TKOL 123467 could act as an entry point from which people who had previously dismissed Radiohead can finally discover how multifaceted and brilliant they are.