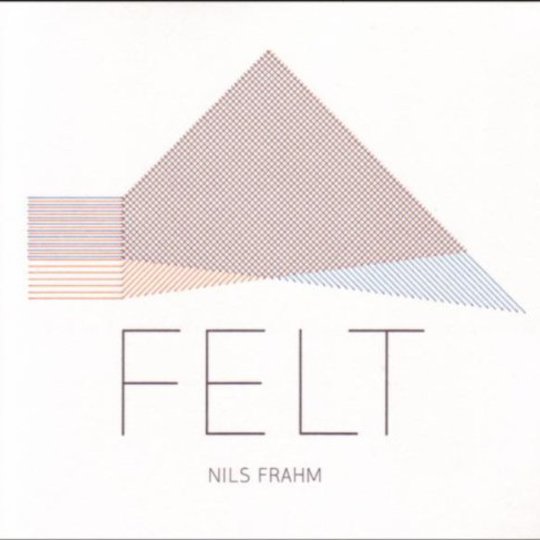 Felt is a body of music so intimate and hushed you can practically hear the microphones breathing. Put together in late night sessions at his home studio, this third release from German modern classical impresario Nils Frahm has floor boards creaking and errant noises rustling in the gaps between his delicately poised chords, Frahm’s breathing faintly audible as his ghostly piano tinkering plays out. If autumn has so far been generous to neo-classical junkies with albums from the likes of droned string symphony experimenters A Winged Victory For The Sullen, then Felt is perhaps the season’s most enticing gift yet: a cryptic weave of indelible sounds and silences; an emotional juggernaut.

The 23-year-old composer recorded his last album, 2009’s The Bells, in a cavernous old church in his native Berlin. This follow-up is in many ways its homely inverse, the lush reverberating sonics of his last outing replaced by scratchy, rougher textures making it a comparatively rag-tag endeavour. The title is pretty apt too – Felt is guided by moods and colours more than concrete musical ideas, notably melancholia and wistfulness. Heavy stuff indeed – but not without reward.

From agitated piano skirmish opener ‘Kept’, Frahm curates his sounds in a mesmerising way. This is an album given to passages of lonely whistling against backdrops of crackling static, prone to sections where what sounds like the ticking of a seconds-hand dragging across a clock face drowns out everything else. It’s the sort of record that asks awkward questions of you, the ones that creep up on you late at night as hours lurch into one another and you twist in knotted linen, the melodies looping in your head. You wonder how something so thread-bare and austere could have clawed its way into your emotions quite so.

Frahm’s hyper-intimate recording technique for the album makes Felt a captivating listen. Nothing is quite what it seems or sounds. The dampened keys in ‘Snippet’ resonate like harps, microphones buried deep enough in the bowels of the piano to capture every plucking of every string, the almost mechanical innards of the instrument on show and jarring curiously with the stirring melodies being issued. The same is true of ‘Old Thought’ which after the Erik Satie-like ‘Unter’ swivels into opaque territory once more, delivering a sole melody on a wind instrument that takes on a new guise, gently distorting. These minor details skew Felt into a slightly surreal experience – uncanny and deliciously ambiguous.

Part of the Erased Tapes stable, Felt illustrates perfectly why the label is thought of as setting a new benchmark in modern classical music, of rendering it exciting. Felt could easily be background fodder. Instead it makes quiet demands of your ears, full of aural quirks and subtle tenderness. Nils Frahm is clearly a prestigious talent and this is a remarkable tumble through the sounds and shapes of his imagination.