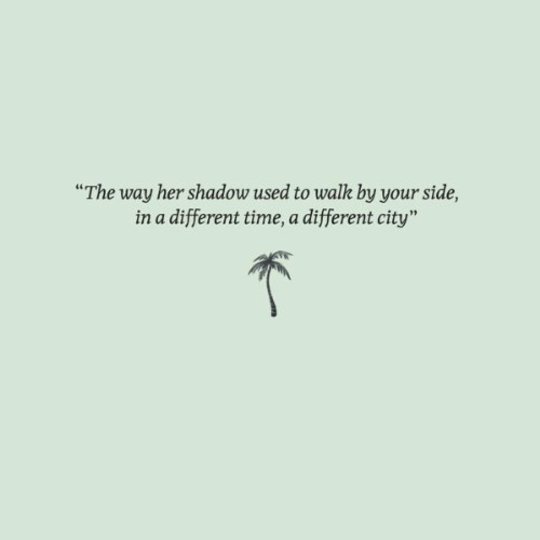 As with a number of artists who released decent music between 2003 and 2005, I originally came to Jens Lekman via LimeWire. And consequently started to adore him because of a somewhat arbitrary set of songs, their source unclear, stacked in an order determined by iTunes and a set of electronic factors invisible to the naked eye. In fact, the random scatter of Jens was so enjoyable, I didn’t get round to buying When I Said I Wanted To Be Your Dog, his first proper record, for several months.

And then I remember listening to it and being astonished to discover that I only recognised three of the songs. And in doing so, came to realise what anybody interested in staggeringly pop-literate observational Swedish whimsy begins to realise after a while – namely, that it is EP-making that comes most naturally to Jens. It’s not just an issue of numbers, although they are in themselves compelling (and, potentially, unique within contemporary music): since 2000, Lekman has released just two full-length records. An Argument With Myself is his thirteenth short.

But it’s more the way the condensed ideas-led flourish form lends itself to the tricks Jens likes to play, the shapes he likes to pull. Of those early stolen tracks (now paid for) illustrative examples spring to mind: Rocky Dennis, say, his delicately specific quartet of songs dedicated to the American boy born with craniodiaphyseal dysplasia, immortalised in the 1985 film Mask. And You Are The Light, bookended by two different versions of the title track, like a trumpet-disco Let Love In. And also featuring ‘A Sweet Summernight on Hammer Hill’, two stunningly contrasting versions of which then appeared on a mid-decade ‘collected works’ record, Oh You’re So Silent Jens.

His clear preference for EPs also ties in with the relationship Jens ensures he has with the people who like him, genuine and affectionate in a manner that has never crossed Pete Doherty’s mind. Jens responds to every personal email he receives; he agrees to play shows for people like Matt Stead who are only able to offer him a plane fare and a good cause in return; and he releases records with very limited pressings for the sake of the 200 people who will do everything in their power to own one. And perhaps most importantly, the EP is the natural format for a man who makes songs out of fragments rather than sweeping panoramas: of other people’s songs, of dialogue, of stories from his own life, of stories from others’.

This latter quality is ever-present throughout An Argument..., which tosses together shameless chorus and spoken interlude in one song, popular culture references and political leanings in another, baroquey trumpet trills and Little Chef soundtrack lounge saxamaphone in the one after that, and finally banal melancholy and dubby optimism as it eases out of earshot. Unfortunately, much of the rest of what makes Jens’ EPs so special seems, to me, to be lacking somewhat this time round. There’s no one big overarching idea, no head-explodingly poptastic lead single, no clutch of earworm choruses, no absurdist swinging from texture to texture. Despite the kid in sweetshop reference-points, there’s a low-key evenness, a tonal consistency that I’ve never previously associated with Jens.

Which isn’t to say, by any means, that An Argument... is a bad record. Like every song he’s ever written, only Jens could have come up with the dorkily ingenious clashes of form and content that all five tracks play with. There’s particularly familiar territory all over the title track: the bouncing Casio keyboard beat that was a key trope on his last LP Night Falls Over Kortedela; Jens flitting between Morrissey-ish long notes and quickfire sing-rapping; meandering lines of endearingly stilted rhyme: “crossing galaxies of taxis and backseats and drunk Swedes and half-Greeks.”

‘Waiting for Kirsten’ is similarly quintessential, part previous single ‘Julie’, part the sense that Jens wrote down a true story about Kirsten Dunst coming to Gothenburg, mentioning (oh Kirsten, you’re so indie) that she was a fan of his in an interview, and him and a friend trying to find her to introduce themselves, only to discover that she’d been turned away from a club because Gothenburg doesn’t have VIP nights – and then decided to sing it into a song without a single edit, save the repetition of “in Gothenburg we don’t have VIP nights” to form a chorus.

One shouldn’t underestimate Jens’ ability to spin serious ideas into his gloriously unpretentious approach, though. In Gothenburg, “the VIP nights are not to the clubs, but to healthcare, apartments and jobs.” And ‘A Promise’ somehow manages to combine easy-listening guitar and piano licks, and convenient strings, with some of the heaviest subject matter Jens has dealt with: his friend Emmanuel who, despite unexplained factors that mean he really shouldn’t, “has to work, and you work and you get worse until you curse the day you were born.” This being Jens, the sadness of the story is made dreamily wonderful but with it, somehow even more sad, with a vision of “when you get better” and a trip to Santiago to drink “full-bodied red wine” and see “the most beautiful women in the world.”

An Argument... winds up with the aforementioned audaciously schizophrenic brass of ‘New Directions’, and down with ‘So This Guy At My Office’ who “smells of Earl Grey” and had the temerity to show Jens’ narrator a YouTube clip “that wasn’t even funny.” Compared to the blissful theatre of, I don’t know, ‘Postcard to Nina’, his 2007 tale of a family mealtime spent pretending to be his lesbian best friend’s boyfriend because “it’s hard for [her father] to understand that you want to love a woman,” it’s gentle, rather unassuming stuff. But that’s okay: pretty much everything about Jens except the scale of his melodies is gentle and unassuming, and there is a quiet honesty here that is unique pleasure. And maybe that’s where Jens is now, and nobody, nobody has any right to complain.

Although as I listen again to the layers of simultaneous pop homage and parody slipped into every song, I begin to think that perhaps this is merely an impression that I’m being pulled towards, carefully, while Jens crafts new expressions of his extraordinary Technicolor vision for next year, and the year after that, and the year after that. Until we all die of happiness, or something else.