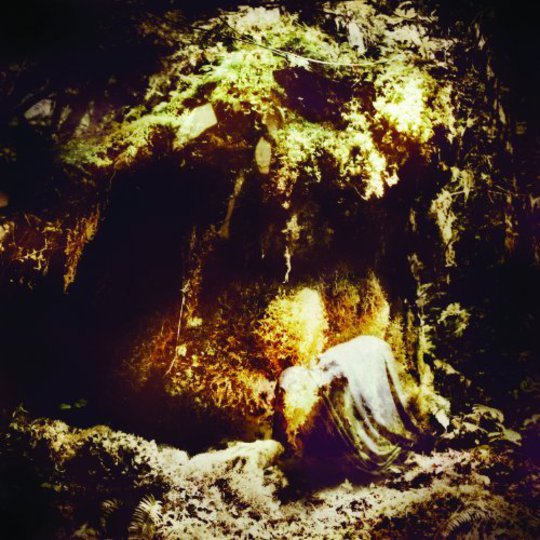 In a way, this fourth album by Olympia nature boys Wolves In The Throne Room might be their first release that actually sounds like what their detractors keep insisting they sound like. Not that it’s diluted or weedy, far from it in fact. By the recognised standards of black metal, however, Celestial Lineage is extremely mannered, widespread in its musical reference points, more inclined to promote effeminacy than machismo and full of awe at the apparently limitless wonders of the natural world. Next to it, most of their previous output is so stolidly orthodox, it might as well be Darkthrone.

I exaggerate, but only slightly. The band’s core duo, brother Nathan and Aaron Weaver, have been fiercely ambitious since beginning the band in the early part of last decade, but epic song lengths aside, earlier WITTR work often relied on that lo-fi mulch of strangled shrieks and blurry tremolo picking which black metal lifers will know all too well. Conversely, ‘Thuja Magus Imperium’ – Celestial Lineage’s opening track – begins with the vocals of Jessika Kenney, who also appeared on WITTR’s 2007 album Two Hunters and whose contribution here sounds like it’s being broadcast from some excessively solemn Eastern European church service. Matters do eventually turn metallic, with guitars that feel like sheets of hail to the head, but in giving themselves 11 minutes to play with, the Weavers and their cohorts also manage to throw in long passages of unsettling ambient noise which hits the same perverse pleasure points as one of the better Nadja records. It’s a fine opener.

It’s hardly atypical of the album, either. Kenney returns on ‘Woodland Cathedral’, contributing vocals and organ to a tectonically slow spread of blackened doom riffs which only threaten to turn to cheese when a vaguely Celtic-sounding motif appears briefly. ‘Astral Blood’ has a delicate, ornate harp solo which breaks up some spectacular tom rolls (by Aaron) and some unusually clean, vaguely Emperor-like guitar leads (by Nathan). The album’s highest-profile special guest, Aaron Turner of Isis and Hydra Head Records – and there’s at least a decent chance that any given purchaser of this album will also own a chunk of his prolific output – proffers ‘chants’ on ‘Permanent Changes In Consciousness’ and ‘Subterranean Initiation’. It isn’t clear precisely what makes Turner more qualified than, well, pretty much anyone to repeatedly go “ohhhhhh” over what sounds like someone sharpening a knife, but hey – as long as they had fun. (Turner recently revealed that, prior to recording his vocals, the brothers advised him to 'imagine an aging king, grim and grizzled, sitting on a rocky beach'; with the benefit of hindsight, Wolves In The Throne Room’s interest in Brian Eno’s Oblique Strategies [http://www.rtqe.net/ObliqueStrategies/] is profoundly unsurprising.) ‘Subterranean Initiation’ is also the album’s ‘straightest’ BM moment, and a fairly monstrous one.

At this point in the band’s career, WITTR’s chops have been honed to the point where they can measure up to the best when it comes to unearthly, howling blasts of fuzz. However, it’s largely futile to try and define them by the standards of American black metal, or the genre as a whole. Having served in politicised hardcore bands around the turn of the millennium, the Weavers have calmly explained their blanket disinterest in assimilating themselves into the USBM scene; overall, this nomadic stance seems beneficial to them. Their major areas of lyrical interest – the flora and fauna that surrounds them in their Pacific Northwest farmland; ancient spiritual rituals and generally being at one with nature – are maintained on Celestial Lineage, with an extra focus on notions of the afterlife and departing the body.

“Lay your corpse upon a nest of oak leaves / Wrapped in a star shroud repent your flesh / A shadow child dissolves,” runs the first verse of ‘Prayer Of Transformation’, the ten-minute closer (in which synths, the other major element that lends WITTR’s sound its individuality, make their presence felt most strongly with three minutes of giant, grumbling drone). Great joy and profundity is found in rain; trees are vessels through which “ancient time” speaks. Appropriately for a band with a sideline in eco-activism, the ethos of WITTR seems to be that planet Earth is beautiful in spite of the people who live on it. Where the pioneering Norwegian BM bands (who, as Aaron has rightly observed, mostly had a strong ecological element to their outlook) would have used this as a springboard for misanthropy, this album chooses to skip over humanity as much as is possible.

This, Wolves In The Throne Room claim, is to be their final album – not because they’re uninspired by the project or music in general, but because it’s taking up time they could be using to learn how to do new things. Which is almost freakishly sensible, especially for a band playing one of the all-time least sensible subgenres. It’s the sort of thing that explains the scorn they sometimes attract from black metal purists, but balls to their blinkers, really. The field will henceforth get less interesting, while up in Olympia, two metalheads will be chucking seeds around fields of a different kind.