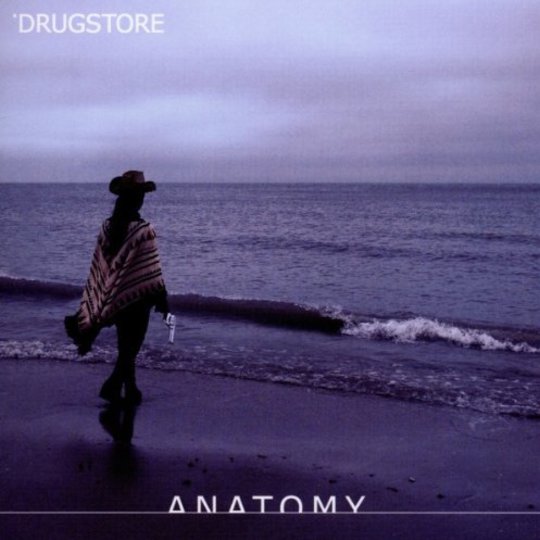 The world has a terrible habit of pushing the weak up against the wall and stealing their pocket money when they least expect it. It doesn't matter if that weakness stems from inadequacy or fate conspiring against you, because unless you're insulated from the cruelty of the universe by vast sums of material wealth, suddenly you're in a lot of trouble. Indie stars of the Nineties are no exception to this rule, and all those reformations, all those comebacks are as much about feeding mouths, meeting need, as they are recapturing the warm and fuzzies under a spotlight.

Isabel Monteiro had a hard time of it after Drugstore fell apart, and has detailed her struggles quite objectively in her blog. There's no time for self pity as she keeps her head up against adversity, bad luck and poorly run councils; as a flippant aside, reading on her battles versus housing departments, I secretly envisaged other old school indie front people in conflict against governmental organisations. Rick Witter in a tooth and nails scrap for planning permission for a larger conservatory; Martin Rossiter writing a series of letters to complain about an unfair penalty fine. Monteiro's own struggles were far more serious than that however, and reading about them reminds me that everyday real world concerns matter even to those we've exalted at one time or another. It's also given me a new sense of respect for her, because she's fought against long odds and come out of the other end, seven years later, with a new album. It's a definite achievement, and puts the cover of the album into context, It shows Monteiro as a cowgirl walking calmly into the sea with a pistol in hand, an image of defiance against impossible odds.

Her lisping and slightly husky Brazilian voice is exactly as it was, although musically the change of personnel behind the Drugstore name has shifted their sound towards the softer side of the scale. The songs themselves are generally more introspective, so that's a welcome match, but those seeking a fully rocking band will be left scratching their heads. 'Sweet Chili Girl' is the exception to the rule, having a dark menace to it and the lyrical excellence of old too. When she sings "Even sunny days end up with no sunshine at all", those are words that hit home harder now.

Anatomy isn't without fault. On repeated listens, weaker tracks are sandwiched in between pairs of better, full bodied songs. 'Lights Out' is great, resigned, weary and acoustic; 'Sinner's Descent' is their take on 'Seasons in the Sun', but lacks the pathos of that old chestnut, at points falling into a self-pitying parody. Things pick up for 'Aquamarine' and 'Standing Still'. The latter is obviously the centrepiece, grandiose and life affirming, the former a well composed twanging Western theme that oozes sass and charm. Closing with 'Clouds', a piano-led ballad swaying with gentle orchestration, the album is much better than my expectations of it, and up there with their earlier efforts. What it lacks in energy, it makes up for with heart, and genuine emotion. It is a more considered, grown up record, with added depth and charm. And while that mightn't be for everyone, it worked for me after a few spins. On this form, here's to hoping their next album comes around a little sooner.