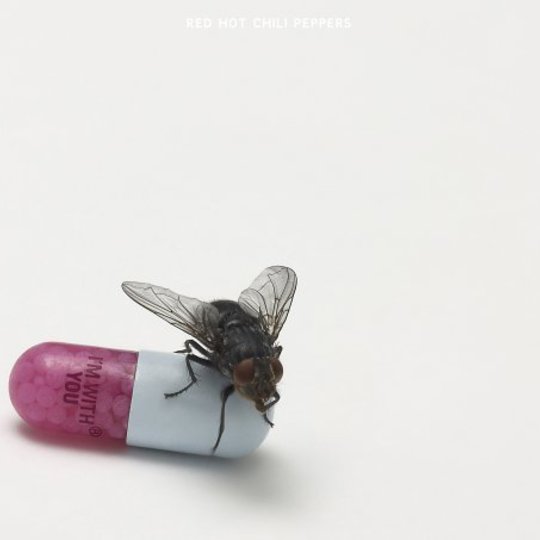 If the complex, ever-evolving back-story of The Red Hot Chill Peppers were a film franchise, the shouts of 'inconceivable' would have been growing louder over the past 28 years. This is a band who have survived death, injury, addiction to a cornucopia of substances that would terrify Keith Richards and reinventing the properties of the humble sock. And when your most level-headed band member is a moderately insane bass genius who makes a habit of impromptu acrobatics on stage, playing the trumpet mid-set and appearing in The Big Lebowski, you know you’re dealing with a bizarre bunch.

Unfortunately, their biographical history (scribbled in booze, blood and other assorted fluids) has conveniently tippexed over their creative output. Which, let’s be honest, is remarkably patchy. They’re band who have built a towering palace of mystique and hearsay over themselves, somewhat obscuring their limited quality of their back catalogue. Their early chaos somehow alchemised into the breakthrough pairing of Mother’s Milk and the fine Blood Sugar Sex Magik, pushing them into the mainstream. Unfortunately, this prompted the departure of guitarist John Frusciante; always the most creative and intelligent band member. Then followed the flaccid One Hot Minute and it was only after Frusciante managed to claw his way out of the ninth circle of his own hell that they managed to re-realise their potential with 1999’s Californication. And it’s been downhill from there. By The Way, from 2002, was a hit-and-miss affair and the less said about the overblown tosh that comprised 2006’s Stadium Arcadium, the better.

Frusciante has departed again (though in admittedly happier circumstances), and the remaining trio have recruited former Warpaint guitarist Josh Klinghoffer to undertake guitar duties. But old concerns remain, and despite Klinghoffer doing an excellent job (he’s the most interesting thing about the record by far), the lack of Frusciante’s unique skill only serves to draw closer attention to how banal the songs presented on I’m With You are, delivering a series of dreary funk-by-numbers platitudes in the manner of a drunk guy approaching a pretty girl, being rebuffed yet repetitively returning in the hope that the same persistent tactic will yield greater success.

There are ways and moments when I’m With You delivers. Chad Smith and Flea still sound barnacle tight and as mentioned, Klinghoffer adds significant colour with subtle and intelligent guitar touches. Songwise, opener ‘Monarchy of Roses’ is terrific: an endearingly dirty gallop, exploding delightfully while ‘Police Station’ and ‘Meet Me At The Corner’ carry a pleasing, easy-breeze charm that tick the boxes. Best of all is ‘Brendan’s Death Song’: a tribute to Brendan Mullen (one of the band’s early champions) that impresses with its tender poignancy, hinting at an alternative reality where this album succeeded in its aims.

Sadly, their unforgivable Achilles Heel still remains Anthony Kiedis’s appalling, cod-philosophical drivel that masquerades as lyricism. From the sixth-form clumsy and cringeworthy (Put my peg into your square/run around like we just don't care) to the crassly stupid (“she was the cutest thing that I ever did see/a drink in her hand and I don’t mean tea”), the whole thing eventually starts to become unintentionally comedic, a little like watching Battlefield Earth or The Room. There’s an argument that rock and roll shouldn’t be about making statements but this band appears to be engaged in a continual attempt to proclaim profundity while delivering banality. And when they fail so miserably, you feel justly aggrieved.

Musically, I'm With You mostly sticks to a tired formula of bass intro, enter drums, fast-funk grooves, wah-guitar and Captain Nonsense rap-singing over the top. There are occasional moments of subtly but the most damming indictment of the album is how staggeringly one-paced and one-dimensional the song structures are. The occasional moment of excitement rises from the trench, then thinks better and slinks back down into the mire. Equally unforgivable are the dearth of choruses and hooks (listen to ‘The Adventures of Rain Dance Maggie’ to see how a tense, juddering verse can be flattened by a laughable excuse for a chorus). There’s nothing truly atrocious on the album, but neither is there anything particularly noteworthy. It exists, therefore it is. One long slab of tedious mediocrity.

I doubt this record will shock, disappoint or surprise anyone. If you’re a hardcore fan, you’ll praise the grooves, find meaning in Kiedis’s gobbledygook and defend their 'staying power'. If you hate them, you’ll find more ammunition here than on the streets of Tripoli. Granted, it’s not repulsive. But it is trite, banal and adds nothing to the legacy of the band beyond another entry on Wikipedia and another tour to remind people of how “they’re really good live, y’know?”. Creatively, this is a band in a terminal, unrecoverable spiral-dive. Nevermind the continual rebooting of their franchise, this should be the time to quietly lay the series to rest and focus on the box-sets. This band simply have nothing more to say.