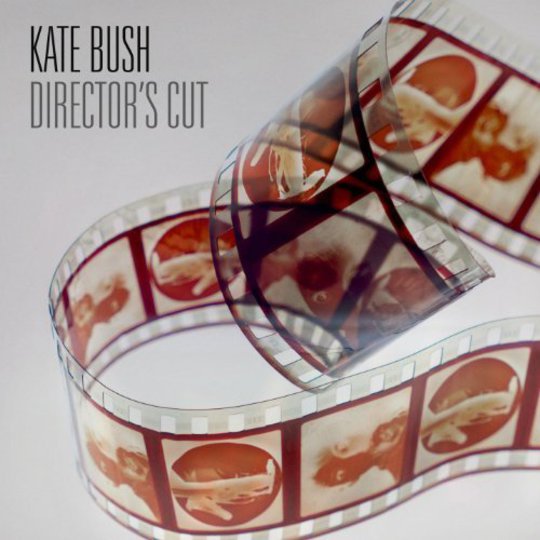 If Kate Bush’s Director’s Cut had been released, say, 15 years ago, then this odd project would surely have received a gazillionth of the attention it's enjoying now. Back then, in 1996, Britpop was at its lagery zenith and to some degree Bush appeared a relic of the golden age of AOR. Not that you’d find many with a bad word to say about her; indeed, the oompah oompah weirdness of 1982’s The Dreaming was clearly an influence on Britpop’s artier end. But it was over a decade since her tour de force Hounds of Love, and her most recent album, 1993’s The Red Shoes, was on the weak side, with a ghastly roll call of guests suggesting an artist mired in the past. Lenny Henry; Eric Clapton; Prince; Jeff Beck; some dude from Procul Harem – rich folks who’d peaked in the Eighties (at the latest), jarring outsiders who brought baggage into Bush’s rarefied studio fantasia.

So if, three years later, she’d issued a record consisting of tweaked tracks from The Red Shoes and 1989’s solid The Sensual World, one imagines it would have been seen as a curio at best, an indulgence at worst.

But this isn’t 1996. Since then, Bush’s legend has grown exponentially, her weaker albums fading out of collective memory as her great ones have grown in stature and reach. Much of this can be attributed to simple laws of supply and demand; it became hard to take her for granted when there was a 12 year gap between The Red Shoes and 2005’s Aerial; the fact Aerial was a masterpiece also helped. But also, people want big stars to believe in; in the present musical landscape, there simply are no art-pop auteurs comparable to Bush.

So yeah, the release of Director’s Cut - a mere five years after Aerial! - has got a lot of people excited. And rightly so, but let's keep it in perspective. It’s not new material, and much as there are a couple of jaw-dropping total reconstructions – notably ‘This Woman’s Work’ – it mostly amounts to intelligent tinkering. Opening track ‘Flower of the Mountain’ pretty much sets the tenor: it’s the seductive Celtic lushness of The Sensual World’s title track, only with Bush’s lyrics replaced with the extract from Joyce’s Ulysses that she’d been denied permission to use in 1989. Which is cool and all, and it’s a thrill to hear Bush slink richly through Molly Bloom’s climactic monologue, but ‘The Sensual World’ was a great song already and this new version is really just an act of housekeeping. Likewise, recent interviews would suggest that The Sensual World’s ‘Deeper Understanding’ was basically reworked because at the time of recording, Bush couldn’t get the vocal effect she wanted for the chorus. It does occur that it might have been a bit more practical to simply reissue The Sensual World with those two tracks tweaked, and then a totally overhauled The Red Shoes.

But then, if that had happened we’d have been deprived of the glacial, six and a half minute ‘This Woman’s Work’. Totally rerecorded, it’s creepingly claustrophobic and piercingly beautiful, in its own way just as perfect as the original. Over the barest electronic twinkle, each line is wrenched out painfully, like a cold crystal pulled from the earth. The lyrics remain opaque – is it about post-natal depression, perhaps? – but it builds to a climax whose raw, bitter sentiment is entirely discernible, a diamond hard electronic choir rising in the background as Bush spits the new lyric “all the things that you wanted for me/all the things that you wanted from me”. Though she probably started work on it during the last Tory government, it’s startlingly in tune with the current vogue for minimalism; for somebody who has always had a touch of nostalgia in her sound, it’s startlingly modern. Another total reformat goes to Red Shoes lead single ‘Rubberband Girl’: here it’s shorn of all synthetic trappings and reincarnated as charmingly dippy country strum. Paring things back has never really been Bush’s style, but after the ultra-expansive Aerial, maybe this could be the way forwards.

Most of the rest of the album consists of subtly improved Red Shoes songs, with a more organic, less synthetic feel generally derived from the addition of better vocals and the removal of Kate’s dickhead famous mates. Everything is at least a minor step forwards, but ‘This Woman’s Work’, ‘Deeper Understanding’ and ‘Rubberband Girl’ are the only total reconstructions, and thus the various tweaks do little to alter the fundamental quality of the originals. If it was great before (‘The Red Shoes’, ‘Lily’) it’s great now; if it wasn’t (the painfully bombastic ‘Top of the City’) then it’s still not.

Director’s Cut is a strange undertaking, but pretty much succeeds on its own terms. Hardcore Bush fans will appreciate it; newbies who may only know Hounds of Love and Aerial should certainly get this instead of The Red Shoes. Still, what Director’s Cut is not is a classic – or even proper – Kate Bush album. Some songs are far from her best, and it’s about as stylistically incoherent as you’d expect from a set consisting of bits of music recorded across four different decades. More to the point, was making this really a better use of Bush’s time than cracking on with Aerial’s follow up proper?

Still, at its best Director's Cut is a dazzling affirmation of Bush’s genius as songwriter, performer and producer. Maybe one day we'll take her for granted again. But not today.