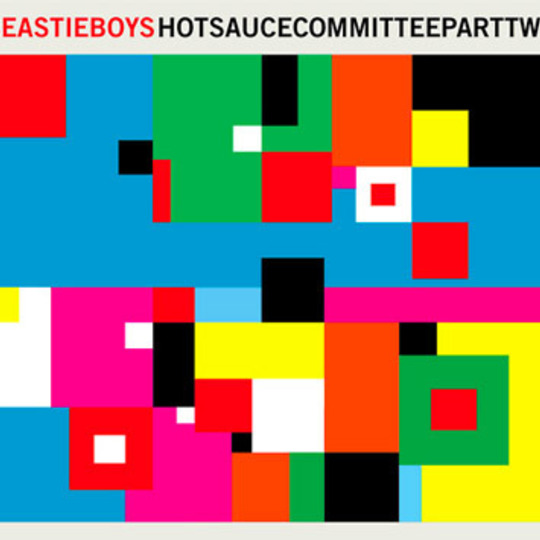 If there is a reason why you should love The Beastie Boys, it is personified in the fact that they can take a line like "Here's a little something for you...If you're feeling chilly I'm a get you a shawl" and make it work as the most improbable of rap taunts. It takes real men to rap about shoulder warmers instead of gats.

As anyone who follows hip-hop will know, there is more the make-up of a great rapper than the sum of fingers and toes that belong to the averagely endowed human, and on any specific you can pull out of the air the Beasties pale next to the competition. And yet, they stand tall over 40 million worldwide record sales and the backpacks of a generation of soft suburban rappers who couldn't follow their style. The Beastie Boys' legacy is to keep on knocking out albums which embrace the mongrel nature of hip-hop to express themselves without innovating or excelling (in a purist sense). But that's more than enough. All we really want is for Mike D, Ad Rock and MCA to be the brilliant ageless weirdoes they have always been, and another tune as wonderful as 'Intergalactic' wouldn't go amiss either, while we're making demands.

It's with that in mind that the guys have released Hot Sauce Committee Part Two, their eighth studio album. The little nugget above is taken from 'Here's a Little Something For Ya' but the tried and tested goofy wordplay gibbered over old school beats is in full effect all over HSCP2, and the result is probably the most consistent album the guys have released since Hello Nasty, if one that's lacking in real moments of genius. It opens with 'Make Some Noise', presumably chosen as first single because it's one of the most easily processed/anodyne moments on the record. It's not a bad track; there are some nice flows and lyrics on it, especially a rhyming couplet of "Parle romancing, in a financing/open up a restaurant with Ted Danson" but the raspy bassline feels pretty tired and in the days when our boys were masters of there own destiny at Grand Royal, it's hard to imagine something like this being released ahead of HSCP2's standout 'Too Many Rappers'. The collaboration with Nas works a lot better than you might think given the gulf between his and the Beastie's styles. The track is anchored by a heavy duty bass riff with jagged synths rising through the track at right angles to the beats. Nas doesn't have to tax himself to sound comfortably superior to Mike D and co as an MC, but the Beastie Boys don't disgrace themselves in such heady company and the loose collage of the beats goes a long way to balancing out the quality of flows.

'Say It' is another track which is something of a cut 'n' paste between off-kilter synths and obscure samples sprinkled over the top. Unfortunately, it's the most lyrically unremarkable on the album; even after several listens none of the oddball phrasing so prevalent elsewhere jumps out to meet the listener. The synthy/samply continuity between tracks like 'Make Some Noise', 'OK' and 'Say It' hints at a writing process which came easier than the time between this record and their last, or the circumstances of MCA's illness would indicate. Maybe it's because of the unusual trait for a Beastie Boys album of having one identifiable direction that there is no 'Intergalactic', or 'Sabotage' moments of out-of-fucking-nowhere brilliance. Still, that's not to say there aren't great individual songs: every time the album looks in danger of becoming staid there is another great track round the corner, like the Santigold-featuring 'Don't Play No Game That I Can't Win'. It has a hazy old dub sound but still travels along at a fair old lick, keeping up the energy of the numbers before it even as it swims in reverb.

'Funky Donkey' bears more than a passing resemblance to 'Brass Monkey' and the album's final highlight of 'Here's A Little Something For Ya' takes us full-circle back to those rhymes about old ladies' accessories. Even on a album where they might not produce a one off moment to rank up there with the best of their long career, the Beastie Boys are still inventive enough to make a rhyme about a shawl or "coming together like peanut butter and sandwiches" engaging, and by extension. Things wouldn't be the same without them.