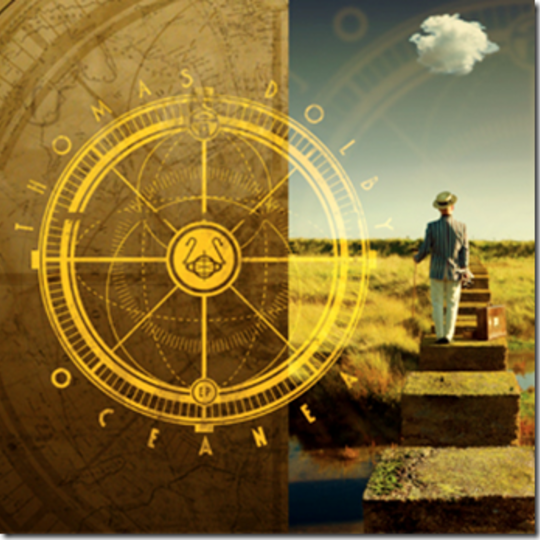 We all have cause to be proud of Thomas Dolby. Whereas other innovators of electronic future-pop have revelled in dragging their bloated legacy behind them like a long-dead, trussed up moose, Dolby has been content to sit in the shadows, quietly tinkering with new songs and exploring other commercial ventures, avenues and technologies - the Renaissance man of electronica, you might call him. For example, did you realise that our Thomas has been responsible for the development of digital ringtone synthesizer technology, rolled out into billions of mobile phones? Well, me either. But the chances are, at some point since 1999, when your phone has chimed with the irritating polyphonic ringtone of your favourite new band then… DA-NANG!!! You’ve been Dolby’d!

Of course, long before he helped usher in the malevolent existence of the Crazy Frog (let’s forgive him, we don’t blame Samuel Colt for gun crime) he was a unique, leftfield electronic pop composer; providing a quintessentially eccentric English foil to mainstream synth music in the Eighties. From the laboratory-pop of The Golden Age of Wireless to the atmospheric jazz of The Flat Earth, right through to the geek-funk of Aliens Ate My Buick and the folk fingers of Astronauts and Heretics, Dolby has forever been a curious, chameleonic figure: shifting his musical colour with each record, forever been one step in and one step out of mainstream culture. He doesn’t seem to fit; you struggle to place him in a genre. But you can’t deny his musical integrity. He’s like the kid who sat at the back in school… glasses and textbooks, never had a girlfriend, and never got invited to the parties. Yet you just knew he was going to end up rich and with a beautiful wife. And end up releasing a nine-minute epic called ‘Budapest by Blimp’….

The Oceanea EP is a three-track overture for his upcoming Map of the Floating City record due out later this year, his first studio release in nearly 20 years. Somewhat surprisingly, all three tracks are decidedly low-key: an aperitif as opposed to something more overwhelming and intoxicating. Musically, it’s closer to The Flat Earth and Astronauts and Heretics in that it seems freer, jazzier and softer than some of Dolby’s more chaotic moments. Opener ‘Oceanea’, complete with vocals from long-time collaborator Eddi Reader is lush, sweeping and pitching waves of mood, punctuated by Dolby and Reader’s smooth vocal interjections. ‘Simone’ is particularly curious. Complete with some of Dolby’s typically odd, pleasantly clunky lyricism (“Simone/God tried to fax you but there was no dial tone”) it limbers along as a loose-limbed bossanova shuffle that threatens to grate and rub but ends up being oddly addictive and immediate, despite the fact that you’re never 100 per cent sure it’s not some form of underhand parody (one of Dolby’s great skills has always been his ability to sound like a smooth pop Svengali, mad scientist and ironic humorist in one bald-headed package). ‘To The Lifeboats’ is most notable for the most bemusing and unexpected use of the word “fucking” since Pink Floyd’s ‘Lost for Words’ but also for having a smooth, hypnotic flicker and roll that recalls late Nineties chill-out compilations but again, with tongue planted firmly in its mirthful cheek. The composite sound of the tracks is beautiful: he knows and cares for sound. And though it’s all very laid back, you somehow suspect that’s the way Dolby wants it. He’s never been overly obsessed with making bombastic statements and he’s not going to start now. It’s almost as if he’s saying 'I’m back! But don’t get up, don’t make a fuss!'.

The Oceanea EP suggests that Dolby’s predilection for oddly skewed pop music is still alive and well, but that inversely, his music is becoming more organic (the acoustic guitar work by Kevin Armstrong is especially noteworthy) and less electronic at a time when you would expect the opposite. It’s typical Dolby in that you spend half the time scratching your head thinking 'I didn’t expect this' before eventually admitting that you’re quite partial to his endearing oddness. This EP doesn’t launch any fireworks or start popping magnums of champagne just yet, but it does suggest that the forthcoming party may be one to which you should keep your invite safe and sound.