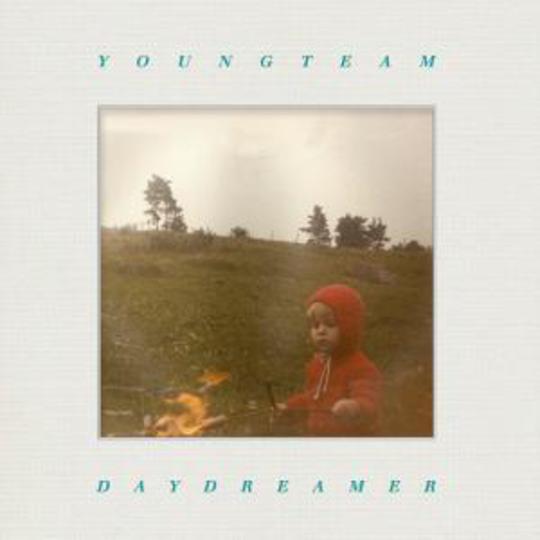 Youngteam may have their roots firmly set in Stockholm but for these ears, the first point of contact happened in London's Notting Hill Arts Club at the back end of 2008. Propping up the bill during one of their RoTa matinee shows, the then five-piece stole the show with an exquisitely diverse set that traversed four decades worth of cross genre pollination in under half an hour. Hooked? You bet we were, except at the time there weren't exactly a queue of labels willing to splash the cash and distribute their unnervingly ambitious wares to a wider audience outside of their homeland. While their extremely hard to find first EP Missnosjesbandet hinted at the endless possibilities open to them in the future, actually finding a label to facilitate the process was another matter entirely.

Fast forward two and a half years and having bagged themselves a place on Northern Star's excellent 2009 compilation Revolution In Sound, it came as no real surprise that the same London-based independent would end up financing their debut long player. Thankfully, it's a gamble that looks to have paid dividends as Daydreamer is undoubtedly one of most gratifyingly evocative records to have surfaced from the Scandinavian underground this year.

Now reduced to a stable four-piece - although occasional live musicians Matilda Johansson, Matilda Niang and Christian Rockstrom all make cameo appearances here - Youngteam have created an album that should sit well whatever the company. Inspired by artists as far and wide as Joe Meek, My Bloody Valentine and Mew, Daydreamer represents a glorious landscape of ideas majestically executed from start to finish that fully justifies their label's faith.

Consisting of 12 pieces of music in all, it's testament to the band's perseverance and unmitigated belief in their abilities as songwriters and musicians that Daydreamer has seen the light of day at all. Yet looking back on the interim years of hardship, it's hard not to imagine four wry smiles as the result of it all.

Deceptive as their name may be, there's little evidence to suggest Youngteam even own a Mogwai record between them, let alone base the existence of their band on Stuart Braithwaite and co. Instead, from the symphonic introductory piece ('Intro') to the rousing finale ('Goodbye'), Daydreamer packs several glorious punches into its alluring palette. Take the title track for example, where racing guitars battle with the purring harmonies of Fredrik Liljequist and Johan Angantyr rendering them almost reticent in the process. However, the combined effects of subtlety and noise makes for a soothing experience that shouldn't work on paper but seems effortless in reality. The relentless barrage continues on the percussion heavy 'Black Lodge' (think Join Hands era Banshees meets the jangling narcissism of the first Mighty Lemon Drops record) while both 'Northern Star' and 'Not From Here' echo and reverberate tenuously like Jeniferever in maelstrom mode, or a twenty-first-century teenager discovering Ride's Nowhere for the very first time.

Not that Daydreamer is all about stargazed cloudbursts. 'Your Love' and 'My Only Friend' both take frazzled West Coast originating psychedelia down a more errant path, updating it with the odd measure of Scandinavian bombast. Likewise both 'Strange Days' and 'Introducing Mr Gladstone', the song which first introduced Youngteam to a wider audience courtesy of that aforementioned compilation, opt for a plaintive, refined mood rather than senseless bludgeoning.

Nevertheless, for all its diversity and melange of different styles and sounds, Daydreamer works at its best when Youngteam pursue the trail crafted by Kevin Shields and built upon by the likes of Mew and M83. In the gorgeous kaleidoscopic 'Summertime' and Eastern flavoured 'Ashes', they rise vociferously above many of their peers.

What Did You Expect From the Vaccines?