What Did You Expect From the Vaccines? 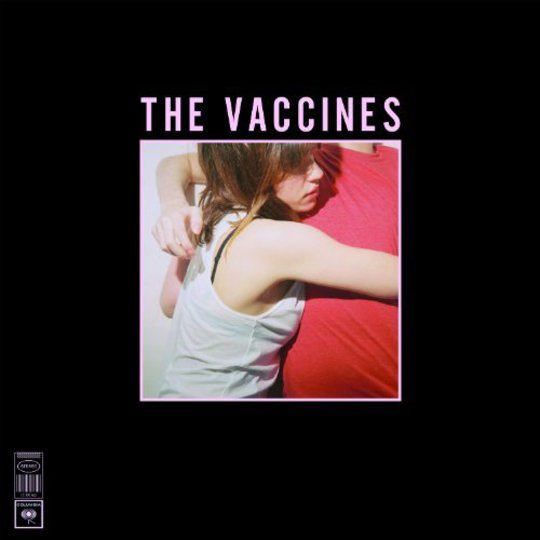 Hmm, good question. What DID we expect from The Vaccines?

Now, on the cover of this week’s NME, the last man standing of weekly music mags has mocked up a sort of Pennie Smith-style monochrome photo of the band peering out from a neon pink header that proclaims ‘Never Mind the Hype, here’s… The Vaccines’. Looking at that, you would probably be forgiven for expecting the The Vaccines and everything issuing from them to be irredeemably terrible. Certainly there’s something almost sublimely bathetic about the way in which the refried punk iconography only serves to make this polite-looking quartet of slightly sports casual-ish chaps look LESS rock’n’roll by contrast.

But then, think of the alternative. Look at those bemused faces peering out from the front page. Go on. They’re not trying to be rock’n’roll. NME is trying to make them look rock’n’roll. That title, What Did You Expect From the Vaccines?; is it a snarling piece of punkish rhetoric? Or is it a more an resigned throwing of hands in the air, a What Did You EXPECT from the Vaccines?. Because let’s be honest, being an NME hype band is unlikely to be quite as fun as it probably was in the past. Where ten year ago there was a feeling that The Strokes and the White Stripes were crucial in jumpstarting a global indie scene that had been languishing in the doldrums, these days it's questionable whether getting retro-style indie guitar music into the charts is in particularly necessary or helpful to the health of alternative music. The Vaccines are being touted as saviours at a time when not a lot of people are in the market for being saved, and I quite like the idea that there might be a note of slight embarrassment in the title.

In any case, what we should have expected from The Vaccines is a melodic, nicely put together set of post-punk indebted tunes that chiefly distinguish themselves from their most obvious influences (Jesus and Mary Chain, Echo & the Bunnymen and peers, a tiny bit of The Ramones) by the glassy lack of any tangible sound of their own, a problem very much aided by the smoothness of Dan Grech’s somewhat joy-sapping production. If there was a healthier mainstream UK indie rock scene, they would make fair members of the second tier. But as great white hopes they’re undoubtedly lacking a certain something. Originality, it has to be said, comes near the top of that list. There’s a studiousness to the band’s hoovering up of influences: unlike Yeah Yeah Yeahs or Oasis or – heaven help us all – Editors, it doesn’t feel that The Vaccines have fashioned their own identity from the music they’ve gobbled up. They’re simply – even sweetly - trying to make songs that sound like the songs that they like. And when they go about this with sufficient enthusiasm, the results are genuinely impressive.

The album is bookended by its best tracks. ‘Wreckin’ Bar (Ra Ra Ra)’ is one minute and 20 seconds long and you can grumble as much as you want about it being totally indebted to Psychocandy and the Ramones, but within that it’s nigh on perfect, punk stoopidity with some delicious added feedback, the heroically nonsensical lyrics (“Where you been?" you can say/Hey hey hey hey yeah you may!/ Will a seaman fit below?/ No no no it's funny though!”) only making the ride more fun. And then, at the end, ‘Family Friend’ is Bunnymen/Teardrops/U2/Waterboys-style Big Music par excellence, just under six minutes of build so grandiose that nothing of any real note happens until about three minutes mark, when the guitars thicken and drums intensify and then – woof – Justin Young breaks his lungs into a proper hoarse holler (“if you wanna bit of live put your head on my shoulder, its cool” he roars, oddly convincing). And then the song does what not nearly enough songs do these days – it something like quadruples in speed and detonates in a wall of flaming feednback. And THEN there’s a hidden track, which is all aqueous and stripped down and raw and very pleasant. And that’s good.

But then there’s the middle of the album, and some of it is just unforgivably dull. ‘Post Break-Up Sex’ is a massive yawn, its vaguely risqué lyrics failing to compensate for an almost total lack of dynamics, the type of song that The Strokes have just spent four years trying to avoid writing. And elsewhere… maybe it’s because I’m getting old and have now lived through at least two post punk revivals, but I can’t for the life of me see why for people would go through the effort of writing, playing, learning and then recording a song like ‘Under Your Thumb’, two and a bit minutes of mid tempo new wave homage over which Young croons sedately and nothing much happens apart from a reasonably fun guitar solo. There’s majestic reverb, there’s pulsing bass, there’s a gently building sense of yearning, but it’s all so glassy and clean and well-scrubbed and mum-friendly and nice. Likewise ‘All in White’, ‘If You Wanna’, ‘A Lack of Understanding’… all pleasant and well crafted, but with none of the grit or idiosyncrasies that made the bands they nicked this stuff off enjoyable.

Okay, ‘Blow It Up’ is so roilingly bombastic that it pretty much works by dint of trying, ‘Wetsuit’ has a catchy hook and ‘Norgaard’ has some energy in it. But for the most part What Did You Expect From the Vaccines? fails to muster much sense of enthusiasm for itself beyond those first and last tracks. My colleague Dom Gourlay has compared these guys to The Clash, and I can only assume that whatever live kinship they may have had with Strummer's punks was obliterated in the studio. It is not a disaster, but in many ways a disaster would probably have been more of a laugh. Still, what did you expect? We can’t say they didn’t warn us.