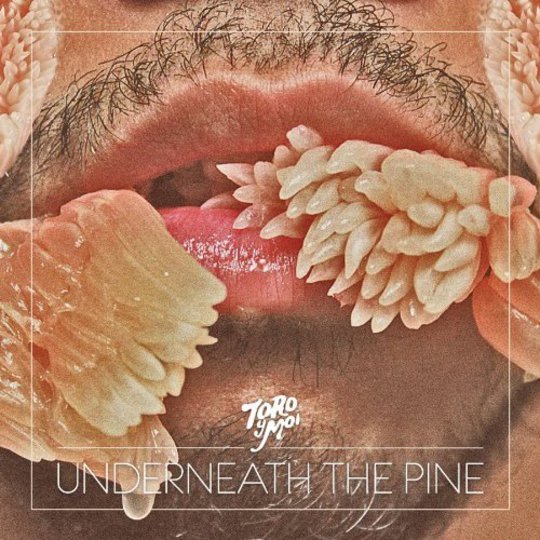 Probably because its very vocabulary came so alarmingly close to self-parody – chillwave, glo-fi, hypnogogic pop, etc. – similar-sounding material by the likes of Memory Tapes, Neon Indian, Washed Out and numerous others was quickly defined in disposable, temporal terms. The Sound Of The Summer Of 2009 (even though all three of those artists’ most notable records to date were released in September and October of that year). ‘Recession-era music: low-budget and danceable,’ suggested the New York Times, sketching the sort of reductive soundbite-link between macroeconomics and musical approach that broadsheets love to come up with. Oh yeah, and yet another manifestation of Eighties nostalgia (MEMORY Tapes, getit?) – despite the fact that pretty much everybody involved was born three or four years before 1990, tops.
In short, the dates don’t add up. They never do. Unless, that is, you approach this bloggiest of scenes not as a scene, but as a moment. As Chaz Bundick puts it, chillwave was a starting-point, ‘just a small little period where we all were, coincidentally making similar music.’ Moments being, by definition, disposable and temporal.

Such a paradigm-shift is, I think, required if a chillwave artist is to be understood on his (and it is almost universally his, for whatever reasons) own terms, as an individual trajectory rather than a part of a collective plateau. Especially when that chillwave artist is Toro Y Moi, Bundick’s hypnogogic alter-ego, a man whose music has only ever been a mass of strange, compelling deviations from the beachy, hooky, Deadbeat Summery connotations conjured up by a word I refuse to use any longer. Causers of This was a disconcertingly unstable set of contradictions coaxed into throbbing together by an imaginatively mournful take on dancepop production. And now, according to new single ‘Still Sound’ and its accompanying Super-8 video, Toro Y Moi has become a band! Curtis Mayfield’s backing band, indeed, circa 1972.

‘Still Sound’ is a pretty good introduction to about half of Underneath the Pine, a record Toro Y Moi had already started making when Causers... was released. It proves that Bundick wasn’t lying when he said he was replacing samples with real instruments. And with its ambient, abstract, grapefruity breakdown, it demonstrates that the results are hardly verse/chorus straightforward – that the aim to ease, electronically, into a listener’s subconscious has by no means been abandoned. But in its ultimate resolution into the shape of its original funky hook, it is unrepresentative of large parts of an album in which ideas often come and go every bit as dreamily and structurelessly as they did on the debut.

And so for every ‘New Beat’, with its !!! vocals and Duran Duran-meets-Sonic the Hedgehog keyboard squeals, there’s a ‘Got Blinded,’ a track that keeps on coming up with jazzily chromatic instrumentals, resolving them with Beach House harmonies, and then fragmenting this human element until it falls apart. And every time this chillwave-with-a-band approach starts to do what many would have expected it to do all along, i.e. sound quite a lot like Animal Collective on Merriweather, Underneath the Pine suddenly remembers the lessons of Causers. ‘Go With You’ builds and builds into little bursts of chorus and then sort of comments on them, in between layers of measured throb – the effect sounding something like classical variations, and genuinely musically intelligent for it. And ‘How I Know’ channels Avey Tare and Panda Bear at their most joyous, not to mention the Beach Boys (its most comprehensible lyrics a blend of “are you having fun?” and “will you have some fun?”) but soon gives way to ‘Light Black’s bassy, atonal, meandering intent.

These shifts, so often enacted through compressed contrasts between the vocal and the instrumental/electronic, mean that the purely instrumental/electronic tracks suffer by comparison. Opener ‘Intro/Chi Chi’ sounds like ‘Loomer’ by My Bloody Valentine given one of those horrible chillout ‘remixes’ so ubiquitous in the late Nineties. And ‘Divina’s attempt to offer a respite of Casio strings and simplistic piano lines halfway through the record is entirely unnecessary, considering the shimmering conclusions of tracks like ‘Before I’m Done’ do a far more interesting job of slowing things down.

Somewhat confusingly, Underneath the Pine’s final couple of tracks take the harmonic ambience and direct instrumentation of the rest of the album and make like Causers, ‘Good Hold’ making an eccentric vocal trill and cinematic chord sequences sound as though they’re blowing around in the wind, and closer ‘Elise’ burying possibly the poppiest melody on the entire record in a haze of synthetic effect. The overall effect is like a lighter, more self-conscious, throwaway, altogether 2011 take on David Bowie’s Low, a collision of popstar and avant-production that is all the more interesting for not quite knowing where it is.