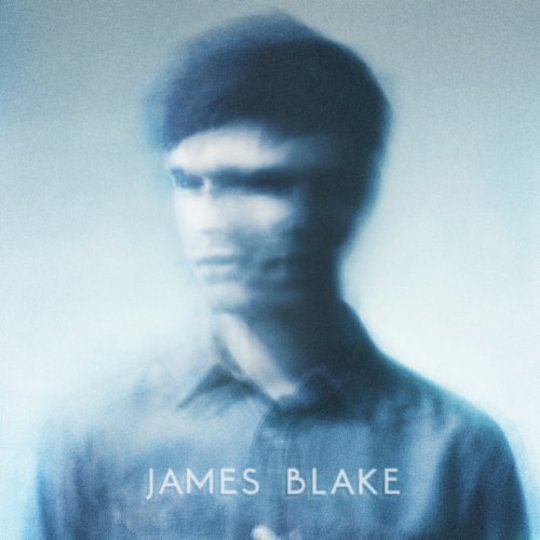 Without any corroborating evidence, it would be out of order to suggest that the debut album by James Blake has arrived hurriedly. The party line is that he spent most of 2010 composing it, a cult of production-personality building all the while as EPs were intermittently issued. Nevertheless, it’s only 18 months since his debut single, released by the laudable bass-music hybridist Untold on his Hemlock imprint; James Blake, meanwhile, is bankrolled by A&M (of which Atlas is a sublabel). Considering some of the originators of dubstep – the genre with effectively birthed Blake the producer – are still yet to release an artist album after over a decade, it’s fortuitous that the 22-year-old Londoner fulfils the industry’s now-more-than-ever requirements for brisk turnarounds.

Brisk results, more important still in the sequence, appear fairly likely. In recent times, it’s been confirmed that a prominent placing in the BBC’s Sound Of [whichever given year] doesn’t automatically send the British public to your door waving debit cards; nor even winning a Mercury Prize, for which Blake will probably be in the final running. If this album disappoints commercially, though, it’ll be despite of how it sounds, rather than because. Although its palette is fairly broad – perhaps more so than his previous discography – if you’ve already fallen for ‘Limit To Your Love’, the Feist cover released late last year as a single, James Blake’s other ten tracks will probably not prove daunting.

‘Limit To Your Love’, in fact, is probably the album’s most prominent telegraph wire back to the dubstep scene which inspired him to start building beats. As has been related numerous times now, he was galvanised by a visit to club night FWD>> in 2007, so it’s appropriate that there’s at least one cone-straining descending bassline within the 38-minute duration. That it’s paired with little else but a limpid, high-in-the-mix piano and Blake’s vocals ensures that it’s still potential catnip for habitual home-listeners who wouldn’t step into a dubstep night any sooner than they would a warzone. James Blake is only ‘a dubstep album’ insofar as it’s by an artist birthed by the scene, and, more speciously, in the way that dubstep appears to leave its stink on every other dance genre at present.

It’s safe to say its creator remains open-palmed towards the clubbers, though, even if attempting to make an album that breaks away from his previously marked territory. ‘To Care (Like You)’ subsists on the kind of spotless, tick-tocky quasi-garage drum programming that’s been heard a fair bit on labels like Hessle and Hotflush in the last year or so; all the while placing vocals upfront in the mix, manipulated, layered and slowed to an amble like a drowsy Todd Edwards. Less overtly dancefloor-minded is his occasional taste for subverting nice with noise. ‘Wilhelms Scream’ is slated to be the next single from the album, and while there’s no difficult listening in the body of the song – which sounds to these ears like an Eighties soul respray of John Martyn more than anything – it’ll be a small miracle if its concluding section, which peppers the whole with oppressive sub-bass and imitation vinyl crackle writ large, escapes daytime radio fadeout. The penultimate ‘I Mind’ (the album’s only track to exclusively feature vocal loops rather than, like, something you can sing) similarly concludes with low end to flap the collars of a thousand Barbours, and suggests the possibility of Blake’s next move being into Flying Lotus-esque inscrutability.

The frequent deployment of autotune and other vocal manipulation devices notwithstanding, Blake is still a lot more confident about his own, untreated voice than Mount Kimbie or Darkstar, who have made the two most prominent (caution: swearing imminent) post-dubstep albums to date. You may be inclined to salute his bravery, or you may surmise that in either submerging the vocals or cutting them to ribbons, Darkstar’s North and MK’s Crooks and Lovers keenly accounted for the lack of genuine singing talent available. Previous EP cuts like ‘Klavierwerke’ suggested that our subject felt the same way. The James Blake croon, unaltered, is surely going to prove divisive, for some likely a dealbreaker.

Its fractious quaver on songs like album bookends ‘Unluck’ (to start) and ‘Measurements’ (to finish) hints at R&B coxcombs like D’Angelo or R Kelly; its range and accuracy tell a different story. Things which sound minor on paper can seriously stick in the craw. ‘I Never Learnt To Share’ repeats the lyric “My brother and my sister don’t speak to me / But I don’t blame them”; the glottal stop on “but” sounds slapdash to start with, and is then repeated about 20 times. (‘Limit To Your Love’’s “waterfall” repeats this malady.) This is a shame, partly because it’s paired with a terrifically OTT rush of G-funk synths worthy of Rustie or Joker, and partly because these are pretty much the only interesting lyrics on the album. Even when ‘Lindesfarne I’ intrigues by beginning with a mention of “kestrels” – last year’s EP The Bells Sketch featured a track called ‘Buzzard & Kestrel’ – it appears to serve as a crypto-metaphor for “flying too high”. ‘Lindesfarne I’ is a brave gesture regardless, though, consisting of unaccompanied vocals fed through a vocoder: it’s hermetic and prickly, and could be by one of Warp Records’ less profitable charges at the end of last century, say Plone or John Callaghan.

There are a lot of brave gestures on James Blake’s debut album, when you consider the expectations of both the dubstep heads whose breathless chatter served as a launching pad, and of the Fifty Quid Strawman who might be picking this up because he’s heard it’s a bit Bon Iver and a bit The xx and sort of r’n’b but don’t worry, he doesn’t talk about his jewellery or anything! Boldness, you realise, is not the same thing as greatness, and James Blake is not a great album. It has great moments, some of which hint at possible directions after the dust has settled around this release. A whole album of haunted-treetrunk insect ballads with no beats would probably be a treat, as would 40 minutes or so of squealy razor assaults on urban pop’s condensed history. Both would play to his strengths markedly more than what’s been delivered here.