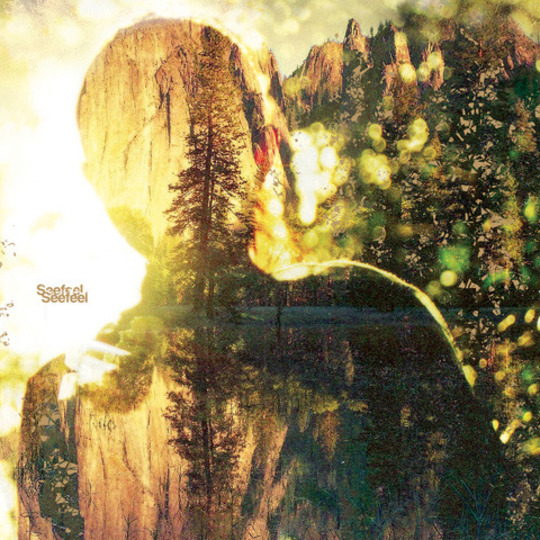 Perceived as something of a year zero in certain UK music circles, 1993 heralded a glut of landmark records predetermining the oncoming rush of Britpop. Suede's eponymous debut, Blur's Modern Life Is Rubbish and PJ Harvey's Rid Of Me all landed on an unsuspecting public tired of grunge and its endless stream of Nirvana copyists. Two other groundbreaking albums also appeared that summer. Stereolab's Transient Random Noise Bursts With Announcements announced the arrival of post-rock with an avant garde European twist, while London four-piece Seefeel issued their first long player, Quique, a curious offering that mixed the drawn-out reverb fantasies of a more refined My Bloody Valentine with the industrialised minimalist techno meanderings of LFO and Nightmares On Wax.

Although released on rising independent Too Pure, home to fellow oddities Moonshake, Th' Faith Healers and the aforementioned Ms Harvey among others, it came as no real surprise when Seefeel eventually ended up on Warp Records. Their music causing various outbreaks of puzzled looks and head scratching, particularly as many of the beat-ordained techno genres it would fall into later hadn't been created back then. While comparisons to the Cocteau Twins saw them adopted by the floppy fringe brigade - no doubt aided by Sarah Peacock's wordless vocals - it would be fair to say they made a more lasting impression upon a wave of electronic inspired acts still waiting to burst on the scene. For all the brilliant records mustered between the likes of Ulrich Schnauss, Boards Of Canada, M83 and current DiS faves Emeralds, it wouldn't be too wide of the mark to suggest their use of layered textures to create ambient dreampop may not have come to fruition without Seefeel paving the way initially.

But of course, all that is in the past and although Seefeel's legacy can never be diminished, their visionary nature is what made them such an enigmatic proposition in the first place. Having taken a self-imposed hiatus for fourteen years, their return to the live arena last year culminating in the excellent Faults EP, which only whetted the appetite further for their first long player in a decade-and-a-half.

Although original members Peacock and guitarist Mark Clifford remain, there's a new rhythm section on board these days, courtesy of Shigeru Ishihara - better known for his DJ Scotch Egg project - and drummer E-da Kazuhisa, who can count artrock legends The Boredoms among his previous employers. As expected, the dynamic is altered somewhat from the sound Seefeel became renowned for in the early to mid-Nineties: unsurprisingly the emphasis switching to a more percussion based progeny than its predecessors.

While the cursive introduction of 'O-on One' feels like a soundcheck in a Marshall amplifier labroratory, Sarah Peacock's distorted vocals coupled with dub-tinged bass and an overture of bleeps and breaks ensure 'Dead Guitars' give fellow returnees Portishead a run for their money. Indeed where arguably Bristol's finest exports enjoyed a similarly long break from writing and recording to come back with their finest record in 2008's Three, Seefeel have also spent their time wisely, pondering their next move rather than making any rashly rushed statements for the hell of it. 'Rip-Run' marries trippy beats with doses of nascent feedback and glitchy squeaks, its repetitive bass loops drawing comparisons with the likes of Autobahn forthwith. The mangled voice distortions on 'Airless' coupled with ferocious bursts of percussion could be rhythmic bullets from a gun, 'Gzaug' meanwhile providing Seefeel's uneasy listening segment, its claustrophobic imbalance the musical equivalent of a harrowing chase scene through the woods in a Seventies Hammer House of Horror drama.

The title track of last year's EP makes a welcome appearance, its Burundi drum beats augmenting the distorted bass and choral vocal that sounds like Enya practising her best Stephen Hawkings impersonation. Elsewhere, the grinding interlude of 'Step Down' sets the scene for the closing 'Aug30' and 'Sway', both of which seem to depict a machine's life cycle drawing to an end.

By the time the latter brings Seefeel to a halt courtesy of one final perfunctory squelch, it's evident that even now, almost twenty years since their formation, Seefeel still don't have a conventional creative bone in their collective bodies. What's more, despite this not quite equalling the dizzy heights of their earliest recordings, there's an adventurous slake in its dysfunctional make-up to suggest this won't be the last time we hear from its evasive creators.