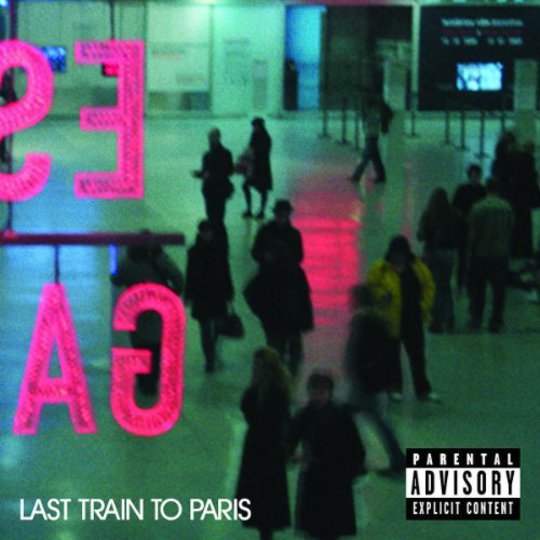 To invoke the classic Rodney Dangerfield adage, Diddy is a man who frequently gets no respect. Despite roughly two decades of accomplishments, when one thinks of the man and his output, 'talented musician' is probably not the first thing that pops to mind. Rather, the prevailing view of Diddy is a businessman in the Alan Sugar or Simon Cowell vein. Somebody who does an excellent job of getting a lot of things done, despite also being kind of ridiculous. Unlike other musicians that have gracefully managed to make the transition to mogul (Jay-Z comes to mind), Diddy's public persona is monumentally cheesy; a sort of rap Donald Trump, complete with the overexposure and doses of general cringe-inducing awkwardness that the title entails, as well as the vast revenue-generating potential.

This view, while potentially accurate with respect to a number of Diddy's more populist business ventures, misses out on an important fact about his musical output. A lot of the stuff the man has touched is among the most essential and timeless hip hop that exists. Mid-Nineties Bad Boy output, at the time, didn't seem so important. While Biggie was obviously 'of the canon', myself and other rap nerds spent the bulk of our time back then lionizing what we thought were less obvious artists like Company Flow, DMX, Westside Connection, A Tribe Called Quest etc. Diddy's output (along with 112, Mase, Faith Evans, The Lox and the other groups he shepherded and spearheaded) seemed too inescapable, too obvious, too blunt and thoughtless. With the passing of time, however, the output of Bad Boy at its finest seems to become more simple, universal, carefree and timeless; delicately effective like the best disco is; and still manages to slay many a party fifteen years on.

But while time may have redeemed Diddy's earlier musical output, his most recent work hasn't been so lucky. Not only is music most likely the least profitable potential use of his time, his last few musical outings have seemed uninspired, the sound of a man who has been rich for too long and has far too much going on to be making music. Much like if Donald Trump were to attempt to get back to some serious real estate development (or whatever it is he made his cash in in the first place), a new record by Diddy smacks, at this point, of the dilettantish, the redundant, the pointless; George Foreman giving up the grill business to take another bout in the ring; Rocky lacing up his gloves for yet another sequel.

Yet the thing about Last Train to Paris, from Diddy's new group Dirty Money, is that it's actually pretty good. Like, surprisingly so.

Take a little while to let that sink in.

So what's different here? Well first of all, this album has very little of the formal rap trappings one would expect on the evidence of Diddy's previous work. It's primarily an album about love and its ups and downs. It's free of traditional rap signifiers; no violence, fairly limited bluster and braggadocio, few luxury product placement shootouts, not even much wordplay. Diddy provides the male perspective, Dawn Richard from Danity Kane fills in the feminine parts, and a revolving cast of guest stars including Justin Timberlake, Rick Ross, Wiz Khalifa, and Grace Jones (awesome) provide accents. Content wise, it's a reasoned and mature work, perhaps reflecting the influence of third official Dirty Money group member, R&B songwriter Kalenna Harper. It's often melodically dazzling, refreshingly sonically innovative, and the execution works. And as a late-career move by a very rich man it somehow seems appropriate. For comparison's sake, it's substantially more satisfying than Jay-Z's most recent output (so much for your lack of ridiculousness, Hov!).

A bit more on that sonic innovation. It's no secret for some time that Diddy has been deeply interested in house music, which is understandable. Spend fifteen years chilling in St Bart's with Donatella Versace and you'll undoubtedly absorb a good chunk of euro-house through osmosis, and if you're partying with Michael Bloomberg it's not like you can toss on some Ghostface. While grounded in R&B/rap fusion, the album wears its dance influence upfront, with a higher tempo than expected, a prominent house synth/piano throb, and a dreamy. expensive sound; energetic and propelling yet tranquil at the same time. And somehow, inexplicably, free of cheese. This album may, against all odds, be the most successful fusion of dance music and rap in a decade; but rather than a musical hybrid, it comes across as a whole new style. It's also remarkably consistent; while there are few standout moments (the beat on 'Someone to Love Me' and 'Hate You Now'; Lil Wayne's romantic space cadet introductory verse on 'Shades'; the couplet "That love's gonna get you, motherfucker, smoke weed listening' to Sade/ I left my pain in Paris, why can't you see shit my way"; the remainder of the record just sort of washes over, unobtrusive, enjoyable, and quietly, remarkably good. It's also worth noting that the album exhibits a smoothness and a sense of modern, electronic soul which indicates that Diddy may have spent some time doing just what he described in the aforementioned couplet (not the leaving his heart in Paris part), and learning a thing or two from it.

On the lyrical content side, there's not a substantial amount to work with here. It's an album about love and its ups and downs from multiple perspectives; lyrically it makes few attempts at complexity and none at conspicuous artiness. There's not a lot of air at this altitude, and it's the album's main weakness. If you're looking for lyrical insight (or even wordplay) this is not the album to find it on. However, in the presence of such a surfeit of complex, innovative musicality and melody, this doesn't come across as too much of a drawback. As an eclectic, rap/R&B-based fusion product Last Train to Paris it succeeds quietly and admirably; charmingly and enjoyably. And I'm guessing, while it won't make as much money as a vodka brand, it'll probably do alright.

In one of the more memorable scenes of Get Him to the Greek, Diddy's character, in the midst of a drug-fuelled violent rampage, throws an actor best known from Star Trek through a television set, sets fire to a liquor-soaked rug, chases Russell Brand and Jonah Hill down a corridor so long it's "Kubrickian", and utters the immortal line "You can not outrun me. I am black." Most importantly, his character, while beating his his chest, exclaims "Now this is what the music industry is about! I love this game." While the context may be different, Last Train to Paris suggests that, despite all the reality show-making, fashion designing, acting, inexplicable-name-changing, vodka-promoting, dressed-in-all-white-partying, skeet-shooting-with-Kevin-Spacey (probably) and all the other activities that make up a day in the life of Diddy, it's likely that he really does, and it shows.