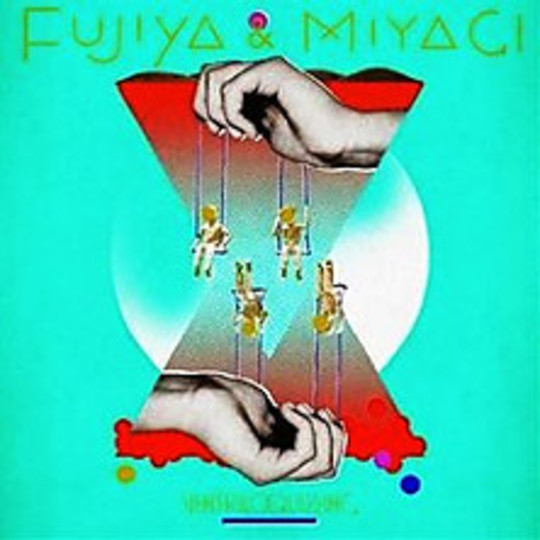 With a name that conjures up images of David Carradine and Jackie Chan gracefully taking on the forces of evil, the trendy seaside resort of Brighton is probably the last place you'd expect to find an outfit entitled Fujiya And Miyagi. Or you might not have in the past: they're not exactly spring chickens, having created experimental soundscapes of a rhythmic nature for over a decade now, initially as a duo and currently operating as a four-piece. If anything, they're a glowing endorsement for the benefits of endurance and perseverance - most artists in a similar position to them would have thrown the towel in many moons ago, let alone continuously strive for recognition while conjuring up four albums in the process.

Indeed it wasn't really until the release of third long player Lightbulbs two years ago that anyone outside of their hometown paid that much attention to Fujiya And Miyagi, but once the likes of 'Uh' and 'Sore Thumb' became club staples up and down the land, the quartet finally reaped the just rewards their pursuits so richly deserved. Even then, it took a largely unexpected endorsement from normally hard-to-please American blogzine Pitchfork to attract attention this side of the pond to what many ears have been missing all these years.

Ventriloquizzing, then, isn't so much a continuation of their previous works, more a freshly installed chapter that for many listeners acts as something of a year zero. While not necessarily advising anyone to trawl through Fujiya And Miyagi's back catalogue - after all, the band themselves make no secret of their stance at pushing music forwards rather than reminiscing about the past - there are certain similarities here with their earliest release, 2003's Electro Karaoke In The Negative Style. Where the likes of 'Skinny Punk' from that record draw comparisons with - and ask the question why Fujiya And Miyagi never quite attained the same level of cult success - Liverpudlian oddballs Clinic, the sinister '16 Shades Of Black And Blue' and obtuse 'Taiwanese Boots' suggest their current kindred spirits could be the Archie Bronson Outfit, with David Best's brooding vocal bridging the gap between sadistic and soothing at every opportunity.

Fujiya And Miyagi's influences are so diverse that it's difficult to ascertain any specific genre their undulated muse should be assigned to. The opening title track, for example, features a neo-classical intro that gives way to the kind of random excesses normally associated with the likes of Talking Heads before a burst of synths reminiscent of Speak And Spell-era Depeche Mode take control. At times one suspects Everything Everything could be another of their peers, although Fujiya And Miyagi's execution is delivered with much more grace and panache.

'Cat's Got Your Tongue' fuses dancefloor vibes with a breakdown that can only be described as white noise, yet the two mould together blissfully. Likewise the minimalistic overtones of 'Tinsel And Glitter' proffers beats to an off-kilter melody and even more left of centre lyrical asides. 'Spilt Milk' meanwhile could be Talk Talk had Mark Hollis been inspired by the macabre rather than everyday toils and turmoils while 'Yo Yo' is New Order on a krautrock sabbatical.

From start to finish Ventriloquizzing is an engagingly complex journey that should fully establish Fujiya And Miyagi as one of the UK's most eccentric underground treasures. This is music to get lost in and lose yourself to at the same time. Strangely familiar, yet unique, in their own conservative way.