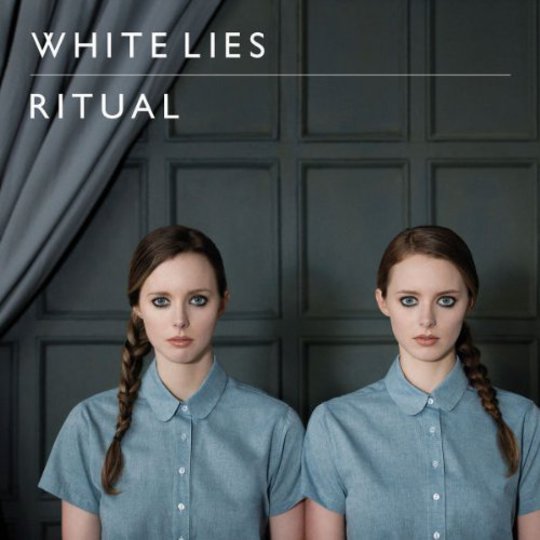 Bless White Lies, but the Ealing trio really are an open goal of a band. Blithely crashing the new wave revival party just as everyone else was heading for the pub the next day, debut album To Lose My Life... made Editors look eloquent and restrained, restoring a unitary note of clanging old skool naffness to the UK's rapidly fragmenting indie scene. If they'd become genuinely massive, one imagines they’d be better liked critically, with the same people who get excited whenever Muse do something stupid probably praising them for being ‘gloriously OTT’. As it is, To Lose My Life... topped the charts in January 2009 without actually selling that many records; now, having fallen out of favour with one time cheerleader NME, the band find themselves edging towards bona fide whipping boy status.

Now me, I'm quite fond of like White Lies. Mostly because they used to be a band called Fear of Flying, who did a pretty awesome song about being jealous of your girlfriend’s cat. But though they've undeniably turned into a much more corporate beast since, there is, I dunno, something endearingly crap about them, a quality absent in the likes of Hurts, who are essentially the band White Lies would be if they dressed as Nazis and were properly popular.

True, there is a lot to dislike about second album Ritual. That awful name, vaguely promising sex magik, blood sacrifice and the whisper of the dark, when in fact most of the music here sounds like Duran Duran trying to do a Depeche Mode impression. The Kubrick-aping cover is horrible. The lyrics are abysmal. And really, while producer Alan Moulder has clearly been brought in to do his Eighties ‘ting, you only have to compare the thudding cod euphoria of say [‘Bigger Than Us’] to his work with DM, Erasure, even The Killers to see an abyssal gulf in class and pop nous.

But the thing is, while the songs aren’t exactly good per se, they’re certainly not hateful. You’d dance to them. Maybe you’d have to be drunk. Maybe you'd have to be in Reflex. But you’d dance to them. Opener ‘Is Love’ is all about the build to a heroically unfashionable baggy climax, singer Harry McVeigh hollering what I believe are the words “the one thing I’ve ever found that’s greater than it always sounds is love” over – woo hoo!- a dance rock groove. ‘Bigger Than Us’ desperately searches for a gravitas it will never, ever find (Dave Gahan, one suspects, is possibly the only man on the planet who could inject even the illusion of meaning into the line “You went where the horses cry, you never went that way with me before”), but in doing so it acquires a somewhat winsome campness, all hi-NRG electronic bombast and lurid rock ballad sentiment. ‘Peace & Quiet’ is the sort of overegged synth AOR that would make Simon Le Bon (if maybe nobody else) jealous. ‘Streetlights’ is such a doltishly overpowered attempt to evoke one man’s sense of loneliness that it just ends up being, y’know, a bit of a larf. Indeed, by about two thirds through, somewhere amidst the portentous nonsense of ‘Turn The Bells’, Ritual has become kind of fun, albeit in a guilty pleasure/Stockholm Syndrome/I’d rather be listening to Music for the Masses type of way.

Which I know probably sounds unutterably condescending, but if people took White Lies a bit less seriously – both the earnest fans who think they’re some sort of Important Band With Something To Say and the haterz who see them as soulless pomp rock bollocks – and accepted them as an enjoyable bit of camp fluff, then maybe the three of them could stop their mithering and try and write some actual pop belters. Like this.