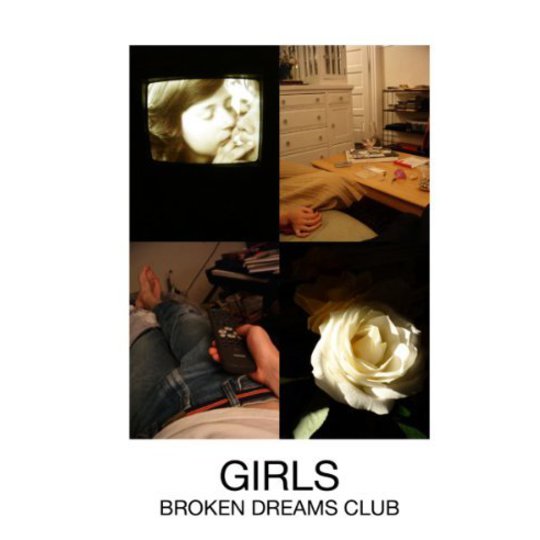 It’s been strange to see the recent trend in indie music, particularly North American indie music, for obscurantism. For a genre notable for its eccentric and uniquely individual forbearers, it seems perverse to hear indie bands trying to cloak personality in waves of reverb or tape hiss. New sub genres like (shudder) chill wave make a virtue of anonymity, the vocals swept away in delay. For chill wave it's an aesthetic tied into nostalgia; nostalgia for tape decks, summer or childhood memories of both.

Elsewhere, it's less that the vocals are hidden, more that they’ve almost lost their significance - bands like Real Estate or Beach Fossils melt away the voice to the point where they’re almost just another hazy instrument. That’s not to say that they’re totally indecipherable, but rather that the lyrics just aren’t really the point. For Beach Fossils, with song titles like 'Daydream' and 'Vacation'; or, elsewhere, band names like Washed Out, you sense it’s part of a wider movement of light-hearted, semi-ironic abandon – young bands too ‘dazed and confused’ in the moment to have anything weighty to say in the long run.

Which makes it all the more refreshing to listen to Girls. There’s something pleasantly up-front about the San Franciscan group, at its heart a two-piece, consisting of songwriter Christopher Owens and Chet White, with last year’s acclaimed debut record simply called Album. It was a record steeped in delicate harmonies, indie-pop stripped back to its bare elements – jangly guitars and a (capital R) Romantic front-man singing about, you guessed it, girls.

If that description sounds notionally unappealing, the band’s trump card is undoubtedly Owens himself who, in indie’s age of anonymity, sticks out like a sore thumb. His persona chimes chutzpah and vulnerability at the same time – when he sang, on the band's signature track 'Lust For Life', “I wish I had a beach house / and we could have a big fire every night”, his slurred delivery lent the line a silliness that other acts might deliver po-faced. Elsewhere he’s equally comfortable telling us, “I’ve tried to be tough… I know I’ve made mistakes… I’ve been an ass”: here’s a songwriter unafraid to deal in (whisper it) emotion. Unlike other many acts, any nostalgic longing for ‘summer’ - and what that represents - is part of a wider, more complex image of someone who likes “the bad boys / in the big towns / …the bad bands / and their big sounds”.

Of course it’s easy to slip down the autobiographical route, but there must be something in Owens’s back-story – growing up in a cult, running away as a teenager, getting mixed into the druggy punk scene before being rescued and housed by a millionaire – itself surely a movie-script in the making. The postscript being, of course, music-as-outlet: all those pent up feelings finding their vent in west coast, Beach Boy pop.

Whether you buy into that or not, Broken Dreams Club (somewhere between an EP and a mini-album) follows on nicely from where Album left off, full of melancholic melody and longing, Owens’s voice brought further to the fore than ever before. Here the ghost he’s channelling is less Brian Wilson than Elvis Costello – the strangely staccato delivery and slight slur are Costello nailed-on. The songs too echo Costello’s soppier moments, none more so than opener ‘Oh So Protective One’s plaintive cry of “by the time you’ve had enough / how do you tell the one you love?”, while the introduction of a horn section lifts Girls further away from their contemporaries towards a straighter sound that compliments Owens’s more confident songwriting.

The titular broken dreams aren’t restricted to girls. In ‘Heartbreaker’ Owens informs us “when I look in the mirror I’m not quite as young as I used to be” over a wavering Eighties riff. The title track, meanwhile, opines that harder than being alone is spending “so long looking for happiness / and being so restless”. Owens tells his muse “you’re just as lost as me”; the portrait that emerges is of a figure whose separation from the world leads him to substance abuse, which in turn only makes him more remote. “I just wanna get high”, he sings over a lilting slide guitar, “but I just can’t understand how the world keeps going nowhere”. The penultimate track is suitably called ‘Substance’, a kind of slacker’s call to arms: “who wants something real / when you can have nothing?” It’s hard to take Owens too seriously – you suspect one of his broken dreams is an ability to connect with the ‘real’ world he so self-consciously rejects.

Of course it’s slightly tiring to hear a band play the dead-beat card repeatedly, and it’ll be interesting to hear where Girls go next. Closing track ‘Carolina’ flirts with almost Radiohead-like deadpan rock, before reverting to familiar fuzz and harmonies, and ending in a Rolling Stones romp. It’s a scatterbrainedness that makes Girls endearing and frustrating at the same time, and it’s pertinent to remember that Elvis Costello often sang about more than just girls. Still, it’s hard to begrudge a band their niche when they do it so well. Owens is lost in more than a daydream or a vacation, reveling in confessing to the listener - sharpening colours, rather than washing them out.