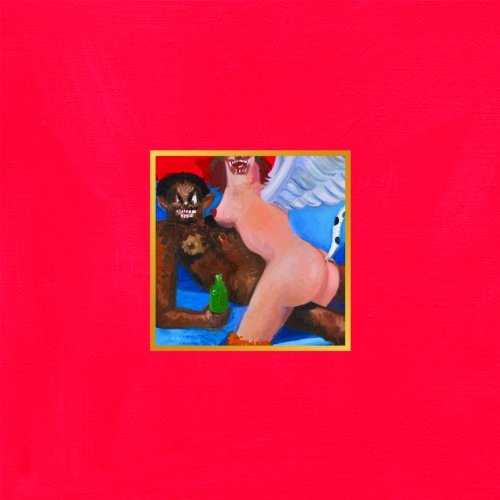 For rap fans it's both a testament to the versatility of the genre and Kanye's own brilliance that he can make something so refreshingly different which still fits comfortably in the rap canon.»

limited and deluxe digipack cd version with a dvd of the 35 minute 'runaway' movie plus slightly explicit sleeve. 14-time grammy-winner kanye west returns with a new album 'my beautiful dark twisted fantasy'. 'my beautiful dark twisted fantasy' includes nikki minaj, jay-z, rick ross, and justin vernon of bon iver on the smash street single 'monster' and pusha t on 'runaway' which received the best new music stamp from pitchfork. other guests include kid cudi and raekwon and contributing producers include rza of wu-tang clan, pete rock, and q-tip. the new album was recorded in honolulu and at the legendary electric lady studios in new york city.
description from www.roughtrade.com