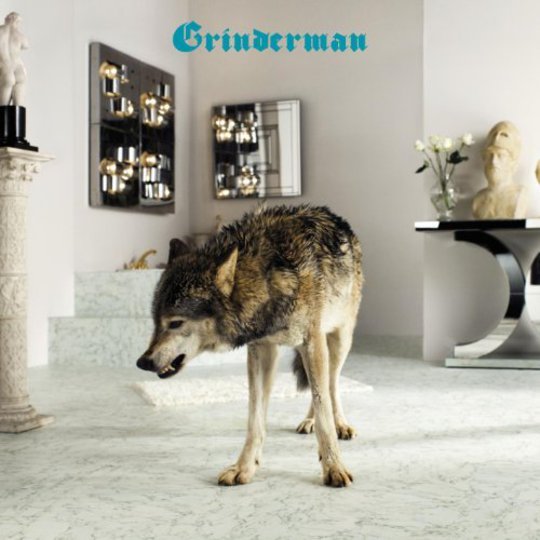 It’s appropriate that the four members of Grinderman saw fit to don gladiatorial garb for the promo video for ‘Heathen Child’, the first song to be lifted from Grinderman 2. Their eponymous debut was a battle record, a chance to eviscerate people’s expectations, an opportunity to wipe the slate unclean, all executed with such visceral glee that it induced a disorienting feeling, akin to being told a tasteless joke whilst being punched in the gut. In many ways that album’s fecal tales of malice and animosity, punctured by gloriously atomised guitar and organ noise, felt like the definitive word on Grinderman. The only course to take once you’ve hit a particularly brutal passage of middle age — when you look in the mirror and see hair sprouting from your ears and receding from your head, where hangovers last for days and that belly flapping over your waistline just caused a trouser button to ping onto the floor — is to pick yourself up by the lapels, dust yourself down, and get your life back on track. Right?

Wrong. In fact, if you’re Grinderman, the only way to cope with such an uncouth breach between your older and younger selves is to turn it into a cause for celebration, a chance to wallow in the ugliness in the most undignified way possible while making sure that a damn good time is had by all. That’s where we continue to find Messrs. Cave, Ellis, Casey and Sclavunos on this second Grinderman album, which was pieced together with producer Nick Launay from strands of ideas and sporadic moments of inspiration that were committed to tape in 2009. This is the sound of Grinderman pummeling through a greater range of territory than their debut, opening up new musical avenues to explore and acid-tongued lyrical conceits to skewer us with, but still dragging their knuckles across the floor via primitive blasts of thick-coated distortion.

It opens with a great slug to the chops in the form of ‘Mickey Mouse and the Goodbye Man’, which is a natural passage from the first album to the second, but ultimately not indicative of the general thrust of Grinderman 2. It works well as a kiss-off to the old Grinderman sound, with its pudgy buzzsaw guitar riff and Cave clearly relishing the chance to wrap his tongue around the song’s lyrical motif: “we sucked her, we sucked her, we sucked her dry”. From that point, there’s a tangible slowing of pace, never quite reaching the lachrymose balledering of the Bad Seeds, but instead settling into a fidgety mid-tempo range, allowing the tension to slowly crawl under and yellow the skin instead of scything great chunks of it into the gutter.

Like that first album, it’s frequently hilarious. ”My baby calls me the Loch Ness Monster, two great big humps and then I cum,” grunts Cave, on the innuendo-riddled ‘Worm Tamer’. An alternate career as a writer of bawdy seaside postcards may not be something Cave has considered, but he could probably make a decent fist of it. Elsewhere, he seems preoccupied with spinning pivotal figures into his tales, whether religious (Buddha and Krishna on ‘Heathen Child’), from pop culture (Oprah Winfrey on ‘Kitchenette’) or of the stage, screen and politics (Mata Hari, Steve McQueen and JFK on ‘Palaces of Montezuma’). ‘Heathen Child’ is painfully listless, with Cave and his cohorts slowly dragging their audience down to the mire by their ankles, torturing them mercilessly on the way with cavernous welts of ugly guitar noise.

At times, the line between Grinderman and the Bad Seeds is nebulous—‘When My Baby Comes’ could easily fit as a song by the latter for its first half, which features Cave pondering the future of a relationship over some beautifully mournful violin strokes from Ellis, only devolving into Grinderman territory with the dull thud of Sclavunos’s drums, which trigger a sudden and astonishing downward spiral pockmarked by reedy falsetto vocals. It’s almost as though the towering drummer suddenly turned the screw after the band members forgot which outfit they were playing in. There’s a slight return to the brutishly frenetic gallop of the first album on ‘Evil’, but it’s quickly tempered by the somber yet wryly amusing ‘Kitchenette’, in which Cave tries to poach the object of his affections by crushing her gingerbread men and insulting her husband’s plasma screen TV, all laid out over an opaque keyboard grind.

It’s difficult not to love an album that segues from a track called ‘Evil’ into one named ‘Kitchenette’, but Grinderman 2 is less of an instant thrill than its predecessor. It’s a wise move not to attempt a simple facsimile of that album’s triumphs, proving that Grinderman is a living, breathing beast, not a side project, but a tangible band capable of sparking off in different directions. There’s more work required here, more layers to clamber through in the descent down the rope ladder to the tawdry depths of the collective Grinderman psyche. Anyone hoping to howl along to a ‘Depth Charge Ethel’ or a ‘Honey Bee (Let’s Fly to Mars)’ is mostly going to be left shortchanged, albeit with a few exceptions. Instead, this is the morning after the tawdry night before, where jittery hands search for another bottle to blank out the mistakes and regrets gradually pounding into view through an achingly familiar cerebral pain.