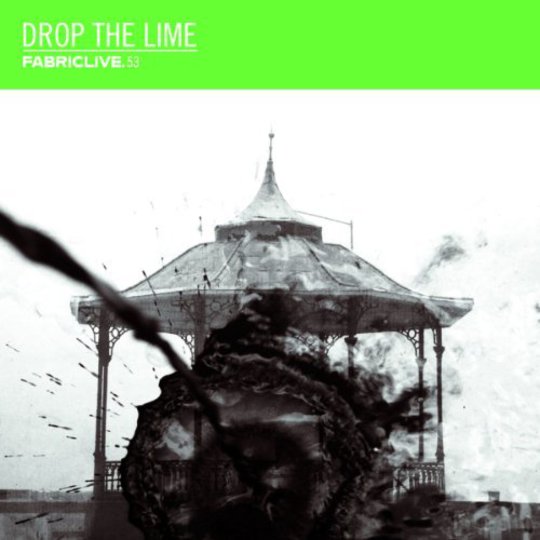 The thanks list of This Means Forever, the 2005 debut album by Luca ‘Drop The Lime’ Venezia, makes for diverting reading in light of Fabriclive.53, his second commercially released mix CD. Among a laundry list of the great and the good of the breakcore scene – Kid606, Jason Forrest, Mochipet, mostly his fellow Americans – there’s a sarkier shoutout to 'all the ravers/junglists who called it quits in ‘98/99'. Half a decade later, Drop The Lime has by no means called it quits: in fact, his schedule appears to be fuller than ever, and this album his presumably arisen in part from his residency at Fabric the London club. What he has done is shuffle away from the tearing breakbeat velocity of his earlier jams, to the point where at times it’s hard to believe this is the same dude who issued overdose-at-a-party twelves on labels like Ambush and Broklyn Beats. In a sense, you might say he’s a… junglist who called it quits.

To note that DTL moved away from the sound he began with is not to disparage him. It’s true that he was a fervent breakcore producer at the height of the genre’s fashionability, before looking elsewhere when it fell out of ravers’ favour a little. What this doesn’t acknowledge is that it’s a very easy style to get burned out on, thanks mainly to its intensity and general cartoonishness. A wide-scale ennui concerning breakcore might be less about trend-hopping and more about a dearth of genuinely fresh things done with the format. You can also say this about the sound most closely associated with DTL now – that ruler-straight bass music which crossbreeds dubstep, old rave and breakbeat – and it wouldn’t be hugely surprising if both he and his label, Trouble & Bass, were pimping a fairly different sound in a few years’ time. For now, we have a fundamentally fun mix that suffers from an odd combination of tokenistic track picks and a certain inflexibility of mood.

From the perspective of a DJ, this dancefloor-sympathetic bassism does have the advantage of being easy to blend with other subgenres. To this end, Fabriclive.53 begins with Supra1’s ‘Ghoster’, which pits the male diva vocals common to olde tyme US garage with the glossy synths endemic to the alleged genre of ‘future garage’. Toronto resident Egyptrixx and the UK’s Untold and Mosca also represent the creativity in this niche at present; Untold’s ‘Anaconda’, especially, is gleefully carnival-esque and silly enough to make you wonder if DTL hears link between it and the ADD-riddled culturejamming of his own breakcore days. There might not be much 200 bpm cutup lunacy on here, but this certainly doesn’t equate to overly tasteful beatmatching. ‘Ewid Disco’, by WAFA, is basically an attempt to remake an old NES game soundtrack for the dancefloor; Slick Wick Crew’s ‘911 VIP’ is your legit breakbeat hardcore redux, and one of the mix’s highlights – I’m cheesed off that there’s absolutely no information about them out there.

Conversely, one of the mix’s lowlights (as in, the manner in which this has been pieced together) is the segue from this into DTL’s own ‘Sex Sax’, which is brainless-in-the-worst-way thud-house and, I note, also set to appear on a triple-disc Pacha mix album next month. From here, a brief and baffling interlude featuring ‘Rock Around The Clock’ and ‘I Want Candy’ – just the original versions, not dubstep remixes or anything ghastly like that, but they add nothing of use to the mix. 'I'm surprised I got away with putting rockabilly on a Fabriclive CD!' says Venezia, presumably unfamiliar with John Peel’s heroic effort early in the series; the knowledge of DTL’s obsession with Fifties rock’n’roll only makes you wonder why, if he had to do this at all, he chose two so obvious numbers. You can conclude much the same about the brace of late-Eighties house building blocks included here, Maurice’s ‘This Is Acid’ and Adonis’s ‘No Way Back’: both stone classics which don’t work on here at all.

Regarding the rest of Fabriclive.53, which is largely tracks more typical of the current Drop The Lime sound (about half of this album is by DTL himself, or released on Trouble & Bass), you sense a tendency to borrow elements from lots of dance genres in a way that keeps you just outside all of them. Sometimes, and this is the scene’s dirty secret in a way, the results end up closely resembling nu-skool breaks (see also the mostly good Starkey album released earlier this year). Two artists included here, namely Baobinga and Foamo, retain fairly strong ties with the breaks scene, so it’s not an unsubstantiated link – it just puts a bit of a dampener on your hopes, should you have them, of this leading you to NEW AND EXCITING pastures in dance music. There are several legit bangers here which you’d have to be a bit miserable or dead not to enjoy, but Drop The Lime hasn’t asserted himself especially greatly across these 67 minutes.