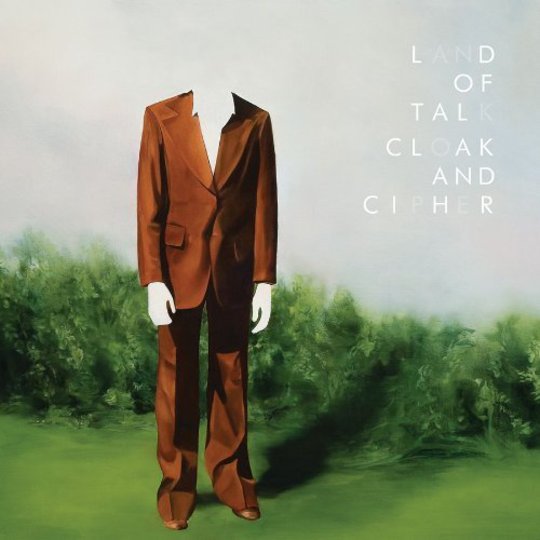 In the DiS review of Land of Talk’s 2007 UK debut, Applause Cheer Boo Hiss, the enigmatic critic who will go down in posterity only as Rupert the Bare Nang rambles that while the record 'seems entirely one-dimensional... there’s something subliminal buried under these heard-it-all-before songs, a tiny voice nagging away'. His point was a perceptive one: The appeal of the Canadian three piece’s first release was subtler than its guitar-vocals-bass-drums configuration suggests. Everywhere you were surprised by the unusual patterns twisting around in the music, and by the length of time that they spent spiralling in your head after you finally managed to stop listening and do something else. Elizabeth Powell and her rotating cast of band members seemed gifted with a secret magic, delicate and understated, but powerful nonetheless.

Three years on, and Land of Talk’s third UK release, Cloak and Cipher, seems permeated with the same mysterious alloy. The band’s comforting familiarity is further strengthened now they have established themselves somewhat: three albums in could almost count them as old hands by now, and the warmth of Powell’s voice and guitar on the titular opener ‘Cloak and Cipher’ brings every passed listen of Applause Cheer Boo Hiss and Some Are Lakes rushing back. Even their lexicon of bizarre song titles is becoming distinctive; some prime examples this time around being ‘Color Me Badd’(sic), ‘Blangee Blee’ and ‘Playita’.

Almost predictably for a Canadian artist and sometime Broken Social Scene collaborator, Powell has crammed the record with guest stars, from Arcade Fire drummer Jeremy Gara giving ‘Quarry Hymns’ the frantic, insistent urgency that his day job are famed for, to Patrick Watson briefly adds strobing, crunchy keys to the epic thrashing of the second half of ‘The Hate I Won’t Commit’ although, sadly, his trademark croon is absent. Overall though, these guest appearances are so densely woven into the music as to barely noticeable, reminding us that Powell is the star here, making her identity on the record even more arresting.

Throughout, though especially in glistening closer ‘Better and Closer’ (or perhaps ‘Better’ and ‘Closer’, the latter being the fuzzy acoustic howl four and half minutes in), the album is an emotional listen, intimate and bitter-sweet, drenched in a sadness that emerges from your embrace with big, tear-filled eyes and a smile on its face.

Although largely interchangeable with its predecessors, Cloak and Cipher still sounds fresh enough to please Land of Talk loyalists, and engaging enough to showcase their appeal to new listeners as well. Plus, we’ve seen plenty bands making careers out of releasing the same great album over and again, and I for one, certainly hope that Land of Talk will be one of them.