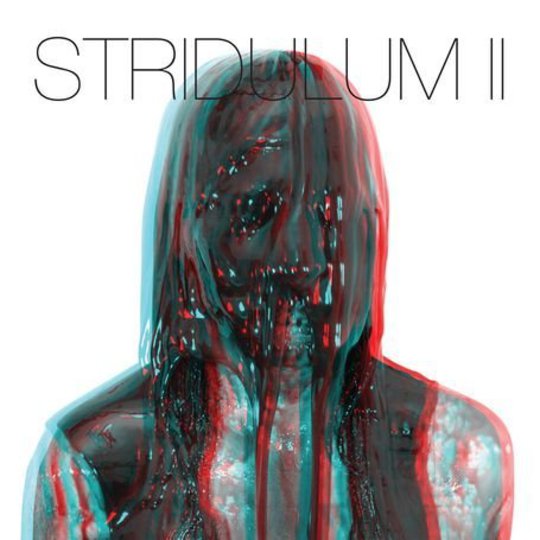 With last year’s promising breakthrough album The Spoils, Zola Jesus revealed the full and frightening extent of her potential. Nika Roza Danilova’s classically trained voice is a rare and powerful asset, which up until now has wrestled with lo-fi productions and recording constraints. Not that this has particularly hampered her, as an artist with a passion for noise and industrial music, playing the popstar was probably never high on the agenda. Yet this hasn’t stopped me from wondering, what is Zola Jesus capable of if her vocals were given a little more clarity? That question is partly answered on Stridulum II.

I’m somewhat hesitant about separating this record from Zola Jesus’ previous work, so as not to give the impression that her earlier output is flawed by its recording. There is, however, an important distinction to be made. Most noticeably on Stridulum II, the vocals are placed slap bang in the middle of the mix, but this isn’t the only adjustment. While influences are drawn largely from the same places as before, the instrumentation has been softened, the edges are rounded, and the sound is enhanced beyond a mere studio clean-up job. This record, then, is not the noisy, industrial sound of old with nicer production, but a collection of pop orientated songs with darker influences hidden beneath.

What’s unavoidable in all of these songs is a sense of drama. Zola Jesus doesn’t write songs about minor occurrences or incidental moments in time, she writes about huge concepts and her strongest feelings. This is reinforced by her grandest arrangements to date, combining ominous synth sounds with distant screams and tribal floor tom beats. ‘Manifest Destiny’ is a good example, with its howling chorus demonstrating Nika’s new found vocal prominence, sounding more like the climax to an Eighties blockbuster than a Zola Jesus song. Similarly, slow burning album opener ‘Night’ begins with thick, foreboding synth notes, before culminating in a huge vocal hook full of longing and sadness. Yet for all the scale and drama of this record, Nika’s delivery feels nothing other than genuine and sincere.

I should mention at this point that Stridulum II is the European release of the EP Stridulum, repackaged as a full length with three previously unreleased songs. Although recorded at different times to the initial set, the extra songs sit comfortably on the record and are designed to develop the themes of the EP. While the new tracks might easily have felt tacked on, surprisingly they result in some of the records best moments. ‘Tower’, for example, is another epic construction, built around a mighty chorus melody that feels too good not to be lifted from a jukebox classic. ‘Sea Talk’, meanwhile is a re-recording of its namesake from last year’s Tsar Bomba, which I feel was always a pop song at heart and benefits from a fresh lick of paint.

The heightened production values on the record also draw attention to its lyrics, which feel surprisingly assured coming from a 21-year-old. Zola Jesus is not afraid of simplicity, opting for uncomplicated language and level-headed assertions that seem wise beyond her years. While we might associate youth with recklessness and enthusiasm, on ‘I Can’t Stand’ Nika sings with an apparent experience, “It’s not easy to fall in love, but if you’re lucky you just might find someone, so don’t let it get you down.” Her voice is warm and comforting, just as on previous song ‘trust me’, with its re-assuring opening lines, “when you’re lost, never look down, when you’re lost, know I’ll be around.” There’s an unusual, almost omniscient dynamic at play here that might not have worked through another voice, but sung so powerfully and without a hint of fragility, these are words I want to believe in.

The most startling thing about this record is that it hints at the even bigger and greater things Zola Jesus might be capable of. Since the beginning of this project, Nika’s voice has been deprived of the clarity it deserves, but on Stridulum II it breaks emphatically into the foreground. If there was ever a doubt Zola Jesus had talent under all the noise and electronics, then here is the raw proof, howling at you from the stereo. For such a young and prolific artist she is certainly maturing quickly, but excitingly I feel her best work is still to come.