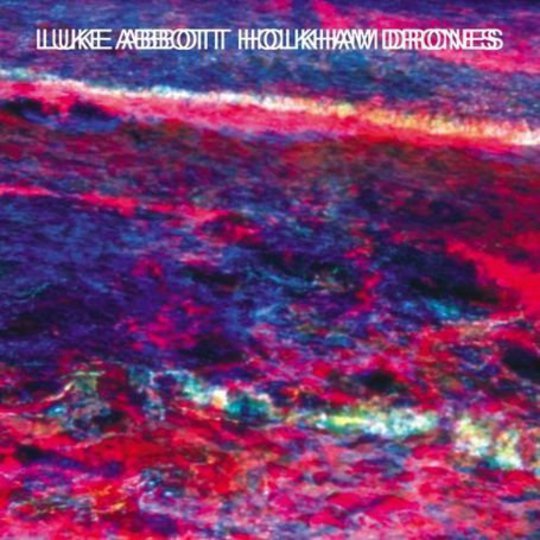 It’s no longer a rare occasion for me to be sat on the floor of a train on its journey from The Big Smoke to my rural homeland. In fact, it’d be fair to say that to have a seat on one of these trains would seem unnatural to me now. I am at one with the prickly floor, whether we are fair-weather friends or otherwise. But the lack of comfort is moot – for the comfort that resides in this journey’s escapism is all that seems to be necessary. Watching teams of houses whisper by the windows and slowly morph into swathes of grassy land allows for the kind of destruction of thought that could make Holkham Drones this (or even any) journey’s perfect soundtrack.

You see, Luke Abbott may not proclaim to be a purveyor of otherworldly imagery – in fact, his Norfolk-based life and the scenery which surrounds it imbibe his music with such an earthly quality that to go stratospheric with such musings would be ridiculous, despite his electronic heritage. What he has created within the pulsating confines of Holkham Drones is an ode to the emotion of any journey and how its ever-manipulated landscape can affect, mutate and, more than anything, calm your thoughts. However many times you may be able to refer to Boards of Canada within the Border Community spectrum, it seems that Abbott may just have taken his own spectrum of rural influence and created a game–changing electronic opus.

Of course, there’s a dance-laden inevitably to certain parts of proceedings that play as the rhythm of this journey’s imagery. ‘Whitebox’ will become a staple of anyone worth their modern day deep-house or techno salt, sitting wonderfully alongside the melodic melancholy of tracks like Four Tet’s ‘Ringer’ or Nathan Fake’s ‘Outhouse’, sauntering on a bass-heavy groove before snapping into a scratched out, classically-led piece. The title track, again, solidifies how Border Community, James Holden and co. are spiritual brethren to Abbott and his transcendental electronic noise, whilst ‘Trans Forest Alignment’ eschews Dan Snaith’s near-messianic take on dance music and darkens Caribou-style psychedelic leanings to create a more sinister work. Altogether, though, when Abbott chooses to fire on his electronica cylinders, he is doubtlessly up there with the best of his shoe-shifting peers.

But while the more club friendly tunes on ‘Holkham Drones’ may keep your mind well-paced and retain attention throughout their stamped refrains, it’s the album's constant changes of pace that afford a thrill unnoticeable on first listen, but ornately beautiful on repetition. Opener ‘2nd 5th Heavy’ eases you into the album’s gloriously meandering path with arpegiatted, almost bird-song like synthesisers and simplistic synthetic drum machines, belying a simplistic, fairytale-like sojourn. That's reaffirmed by the picturesque simplicity of ‘Brazil’ - a track so sweeping in delicate grandeur it pretty much demands a place in any romantic heart, anywhere – it’s that aforementioned sense of travel and its ability to create such flippantly beautiful imagery that is once again brought to mind. Many a cliché could be thrown towards Abbott’s personal and geographical background and its effect on the music he creates, but to suggest that his surroundings and and a certain sense of desperation to escape does not permeate into these tunes is folly. Such emotion is hard to create with something so clinical, but Holkham Drones is a fine example in just how it can be done.

As ‘Dumb’ tails the end of this emphatic statement of electronic intent, it’s impossible to try and encapsulate the sensation such a journey has given you again and again. Holkham Drones should stand side-by-side with the masterpieces that Kieran Hebden and Dan Snaith have put out this year; and to think that this is Abbott’s debut makes the journeys we may take alongside him all the more thrilling.