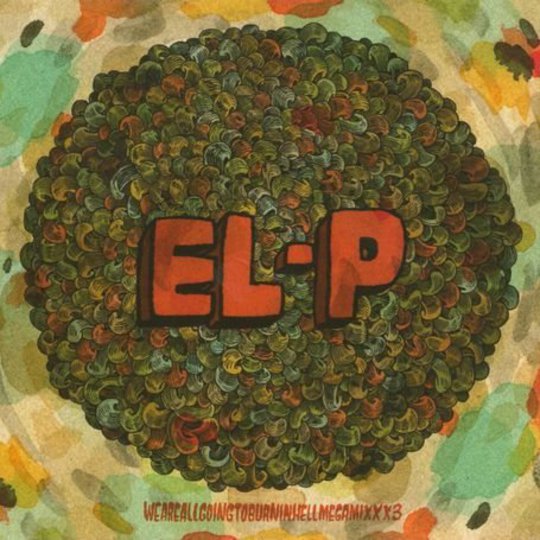 First as a member of Company Flow, and then as a solo artist, El-P developed one of the most distinctive voices in hip-hop. His lyrics were as convoluted and complex as the conspiracy theories that fuelled them, the New Yorker’s intellect stewing in paranoia as he made lateral links between political and metaphorical concepts to paint unnerving pictures of impending doom. And, as founder of the Def Jux label, he presided over a coterie of artists including Aesop Rock and Murs, all of whom made music so aggressive it should be bouncing off the walls in a padded cell.

The problem with El-P, then, wasn’t what he was saying – but how he as saying it. Whilst the imagery in tracks like his anti-torture tirade ‘Smithereens’ from 2007’s I’ll Sleep When You’re Dead was clearly the product of a mind almost acrobatic in its eloquence, El-P’s actual voice was as clumsy as clown in comparison. Where he aimed for authoritative and strident he often came across more as hoarse and stuttering, as if he’d completely exhausted himself with anger and was now flailing around at anyone who’d listen. Which, given the almost fanatical devotion Def Jux was afforded in the underground hip-hop scene, was quite a few people.

In fact, the issue of ‘exhaustion’ came up when El-P announced that Def Jux was being put on indefinite hiatus at the start of this year. In a statement on the website, El-P said that he was retiring as the label’s artistic director in order to fully focus on his own productions. Then came the news that his first release following Def Jux’s slide into hibernation would be a mixtape of instrumental beats – a follow-up to two earlier compilations given out at his live shows and over the internet – rather than a new album proper. The cynical might regard this as simply an exercise in clearing out the cupboards of his old label, the more concerned fan might worry that El-P had quite simply run out of anything more to stay.

But for those of us who hadn’t got our hands on the earlier mixtapes or his remixes for the likes of Blackalicious and Rob Sonic, Weareallgoingtoburninhellmegamixxx3 is an opportunity to assess El-P as a beatmaker on his own merits. He’d always produced the majority of the beats on his own albums, but they sometimes seemed to suffer from the same problem as the hectoring voice he layered over the top of them; as indigestible as a dictionary, tieing themselves into knots just like his tongue. But they could also be as electrifying as his intellect and as abrasive as his humour as well, a dense wall of dissonant noise and abstract beats which seemed to owe as much to the jazz aesthetic of his father – pianist Harry Keys – as to kindred spirits like Dalek or Anti-Pop Consortium.

These might be the scraps from El-P’s studio floor then, but in truth these sharp metallic fragments of sound are more like filings. It’s ‘metallic’ in another sense as well, having collaborated with The Mars Volta and Nine Inch Nails in the past, El-P is no stranger to headbanging, and regularly smothers large parts of this mix in industrial-strength heavy metal guitars. At other moments he’s like DJ Shadow before he went ‘hyphy’ – check ‘Secret Police Man’s Ball’ for a track which could have come from a follow-up to The Private Press produced in a parallel universe where The Outsider thankfully never happened – or a close cousin of Starkey’s Ear Drums and Black Holes album, combining sci-fi samples with dubstep bass on ‘Honda Redux’. It might feel like the soundtrack to an air-raid, but musically El-P doesn’t have a bunker mentality, best demonstrating his breadth of vision on ‘How To Serve Man (Stripped)’, Weareallgoingtoburninhellmegamixxx3’s denouement and one bathed in a warm glow rather than combusting in white heat, a guitar circling like a plane over a beat which feels like the smouldering wreckage of everything that went before. Of course, taken in the context of an album as a whole, that’s just like covering rusty nails in a thin layer of honey. But at least El-P doesn’t sound like he’s gargling with them this time.