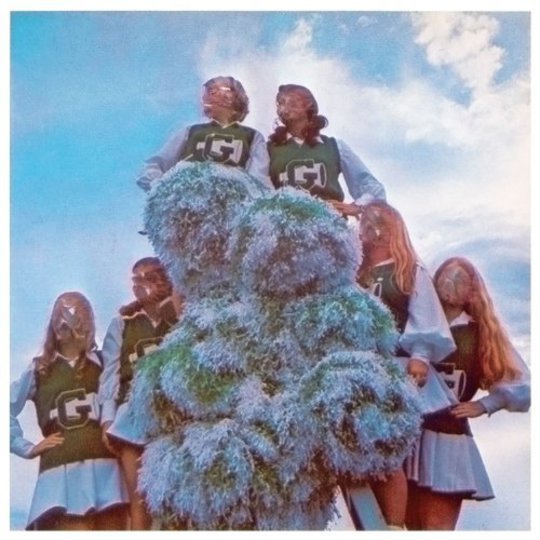 There are many ways to grab attention in music. From an outrageous dress sense to the kind of loose-tongued gossip columnists dream of, the options are endless (Boy George has most bases covered here). American duo Sleigh Bells choose a more pre-historic method though: pure unadulterated noise.

Treats is the album iPod speakers are warned about as children, a ghostly camp fire tale to the eardrums, tinnitus's backward cousin from across the pond. Mastered at a level surely pushing the boundaries of legality, on first listen it seems less an album and more an elaborate prank to make the listener jump when a track appears on shuffle. A welcome surprise though, because each of these 11 pockets of racket contain unrivalled moments of inspiration and inventiveness better than these ears have heard all year.

Essentially Sleigh Bells work on juxtaposition. The male half is Derek Miller, former guitarist in Poison The Well, who mauls and attacks his guitar, alternating between bursts of glam stomp and fiercely distorted and aggressive moments of pure hardcore clatter. His female counterpart is Alexis Krauss, a former waitress and teen popstar who Miller met when she served him in a New York restaurant. She is sweetness and light, he is grizzled and angry. Krauss holds her own against Miller's box of tricks but not echoing the noise in the style of Alice Glass, but by politely cooing her lyrics and sprinkling sugar on the more difficult to digest moments.

Alice Glass is a pertinent reference because Sleigh Bells' dynamic is similar in many ways to Crystal Castles. Both duos' spark comes from the friction created between their individual parts, meeting somewhere in the middle of what is pop and what is noise. Sleigh Bells lean much further to the mainstream side, however, with Treats jam-packed with anthemic moments, provided mainly by Krauss's canny ability with a chorus.

From the cheerleader gone punk waltz of 'Tell 'Em' through to wall-busting stomp that is 'Infinity Guitars' the marriage of destruction and radio friendly is an interesting angle and undeniably viable sound. Treats is relentless in its quest to batter you around the head with as many moments like this as possible, and as you reach up and grab air after one wave has hit, another crashes into you almost immediately. 'Kids' takes the Dirty South crunk sound and gives it a haunted makeover whilst math-rock nerds will enjoy the sample of So Many Dynamo's 'We Vibrate, We Do' getting a much deserved airing on 'Riot Rhythm'.

If this all sounds a bit full on, well it is. Things could have been more intense, however, had they included the early demo of 'Meds and Feds' which eventually ended up on NEET Recordings label boss MIA‘s latest album (a record Derek Miller part produced). In its place is a much needed breather and album highlight 'Rill Rill'. Stripping away all of the surrounding noise, it allows Krauss to bring her dizzyingly sweet voice to the fore, showing that Sleigh Bells are not just a one trick pony and that these songs work on more than just the basis that they are great at shaking windows.

Embrace the noise and come join Sleigh Bells party. So what if you go a bit deaf? It's not like you'll need to listen to anything else this year.