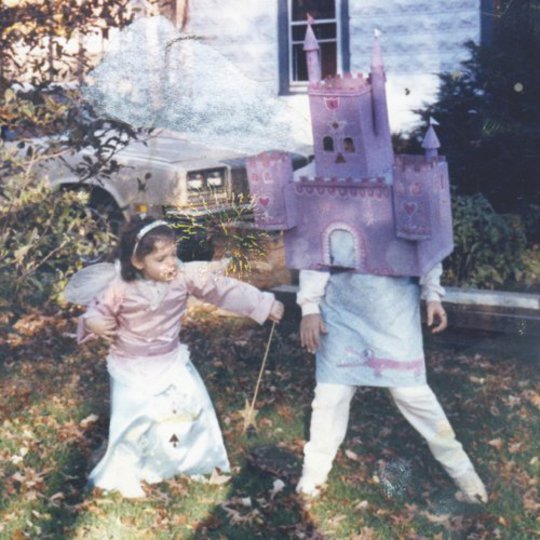 We're stuck at a moment in music where restraint is de rigueur. If you regularly peruse publications such as this one and keep up with the current state of musical art, it's likely you've been accustomed to some pretty tepid stuff for the last little while. Things are quiet at the moment. Literally. Chillwave continues to dominate the indie scene to the point where it's advisable to bring a lawn chair to the next gig you attend. The summer's most successful rap prospect (Drake) spends a good portion of his time crooning like a Ginuwine slow jam and behaving in a well-considered, decidedly non crazy-motherfucker-esque manner. Dubstep has toned itself down to the point where girls are actually starting to like it (outrage!).

Into this environment comes Fang Island, a band who manage to completely buck this trend. There is very little restraint on this album, and it's likely to be one of the most fun things you'll hear this year. Brooklyn-based and already established in the US (this record was released Stateside in March), it's no surprise to learn that these guys are friends and collaborators with Andrew WK. This album shares the same sense of balls-out, unrestrained fun as his best work. Basically what we're dealing with here is a sort of joyous, unstructured, psych-damaged post-classic rock. It's as if this band have managed to take a Journey or Thin Lizzy solo, stretch it out to album length, and somehow gotten away with it. This album is eminently listenable, refreshing, layered, and at absolutely no point does it feel like a guilty pleasure.

It's all in the execution. Rather than going for cheap thrills of overly simplistic choruses (see Free Energy's Stuck on Nothing for a lesson in how to get this sort of thing wrong), Fang Island have approached their classic rock source material with a sense of deconstruction. While the songs take the template of soaring, melodic guitar lines as a starting point, things rapidly get weird. In a way this album shares the same otherness inherent in Animal Collective’s approach to surf-pop. Without being over-laden with effects (they are there, but they’re subtle) the songs manifest an almost dance music-like sense of ebb and flow. Lyrics are never at the forefront, rather they seem almost tacked on. While you'll likely get through your first listen without letting any of the words sink in, on closer inspection they're remarkably joyous (opener 'Dreams' features only the phrase "They are all within my reach, they are free."). As a cynic this sort of thing seems easy to dismiss. It's a testament to the quality of the music that you won't want to.

Like several acts producing today's top-quality revivalist rock (Smith Westerns; Strange Boys), Fang Island manage to capture all the thrills of their chosen genre of inspiration (listen to this alongside Thin Lizzy's greatest hits and it won't sound too shabby). Even more so than these two acts, they also manage to add a new layer to their source material, producing uplifting, anthemic classic-influenced rock with a totally modern sensibility. Listen to this as an antidote to everything hesitant, tentative, and scared this summer and have shit tons of fun.