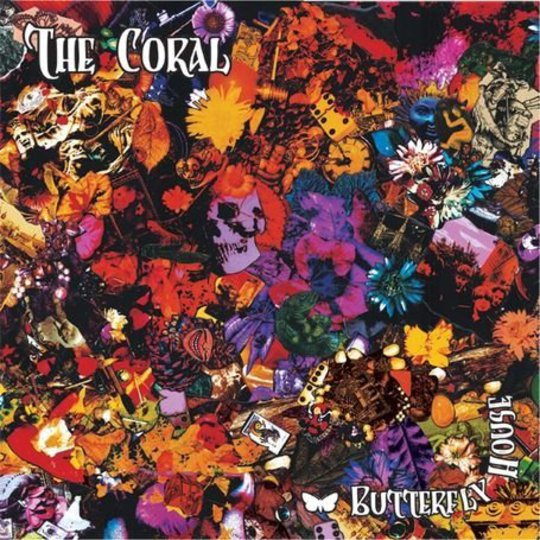 On the release of their fifth album, The Coral are being mentioned in some quarters as a great ‘lost’ band, neatly sidestepping the fact that at the time of their debut in 2002 they were virtually household names. Singles such as ‘Dreaming Of You’ and ‘Pass It On’ displayed an effortless charm that wowed the pop charts, and the albums that they sprang from were lauded in all corners for their invention and excitement.

Their current reputation is probably down to two things. First of all, the fact that since this time we’ve seen The Libertines, Arctic Monkeys and Klaxons lead three very different reinventions of the English indie-rock sound.

Secondly, while The Coral began as mischievous, genre-hopping psychedelic scampsters, they’ve evolved into something much more straightforward. Gone are the songs about pirates and lurching changes in pace, and in has strolled the Scott Walker influences and mentions of the dreaded word – maturity.

It wasn’t always a bad thing – their subsequent records have all been solid if not spectacular, typically with one solid gold single at the heart of each. However, anyone who bore witness to their electrifying early shows will have felt a pang of disappointment over what could have been.

Here on Butterfly House, stripped of a guitarist and most definitely not doing anything ‘wacky’ in their photoshoots, The Coral have continued this natural progression. There’s plenty of harmonies, acoustic guitars and strings, while frontman James Skelly deploys what can only be described as a croon throughout.

At certain moments, this works fantastically well. As you’d expect, lead single ‘A Thousand Years’ is gorgeous, summery psychedelia, phased vocals cruising their way towards San Francisco, circa 1967. 'Butterfly House’ itself is also a winner, more blissed out harmonies, folky arpeggios and lyrics about the sea, yearning and romance.

Tellingly, both these songs also feature something that the rest of Butterfly House is missing – a revved up change of pace towards the end. Both tracks, as well as the heavier album closer 'North Parade', find The Coral unleashing the distortion pedals and reminding us that they can do invigorating as well.

Most of the rest of the album is in fact lovely stuff, further suggesting that bands from the Mersey Delta have unearthed some lost trove of Sixties classics and are slowing passing them down through the ages. It’d also be daft to suggest that The Coral should still be shouting about Skeleton Keys or writing convoluted spaghetti westerns. However, when they settle into this slower pace, The Coral lose their own voice and start to simply remind you of others, which can be frustrating when you remember their own identity was once so strong.