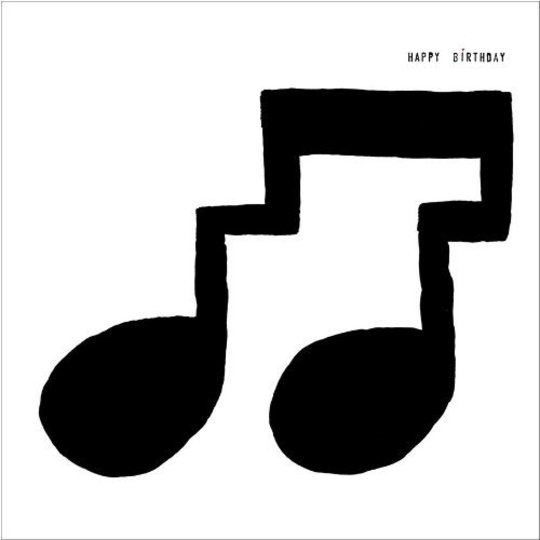 It’s great to see that Kyle Thomas is finally getting his due. After toiling away, practically unnoticed across a an impressive array of genres: first psych-folk’s Feathers, then in stoner-metal outfit Witch, and finally with the late great King Tuff. King Tuff was Thomas’ bedroom glam-garage hybrid that birthed the stunning 2008 album Was Dead and directly preceded his work with Happy Birthday. The story that goes around is that Thomas wrote some new tracks and was too nervous to perform them alone so he enlisted Ruth Garbus (sister to the incredible tUnE-yArDs) and Chris Weisman. Sub Pop picked up the trio within four performances and that’s where we get their self-titled debut album.

Lead track ‘Girls FM’ made me very wary for the rest of the album; it's so hook-laden and immediate in its appeal that it seemed questionable whether the whole could reach the same heights as the first cut. The track is a great kick off for the record, thematically paving the awkward teenage blunders that inspire some of the other tracks, but setting the scene sonically as well – fuzzy guitars, sweet melodies toying with basement punk, and best of all, Thomas’ nasally, crooning yowl. Thomas’ caterwaul is the icing on the cake – he’s able to emote his ever-present woes with the fairer sex, but also be sticky-sweet (in ‘Pink Strawberry Shake’) and then spit like a teenage punk (on ‘Zit’).

The consensus on best track has certainly been the sprawling ‘Subliminal Message’ that features backing vocals from Garbus and a beautifully flitting synth line over the uber-catchy chorus: “I’m sending you a subliminal message / To your heart”. Album closer ‘Fun’ is the biggest grower on the album – slow and melodic with a little bit of a riff that won’t leave my head. It’s Thomas at his most vulnerable and unsure (see: “Everyone says I’m the one who needs to have some fun / but I just want to be alone”) yet he manages to make it seem so appealing, turning it into one of the best tracks on the album.

Without downplaying the great work that both Garbus and Weisman do on the album, it reeks of King Tuff. But there's been a sonic-growing up: while still staying in the teenage-hormonal-girls-girls-girls kind of place, it manages to take it to the level where they take those emotions we all remember (“She was the girl you wanted so bad / She was the girl that you couldn’t have” from ‘Maxine the Teenage Eskimo') and turning them into catchy, hook filled pop songs. These tunes are fun and youthful, but also grown up and varied – there’s something for everyone here, whether you’re blasting this record at the park with mates or in the car on a road-trip or sitting on the beach – all you need is a little sunshine and wine (not in the car, though, please) and let Thomas, Garbus and Weisman take you to that place we all remember well (fondly or not).