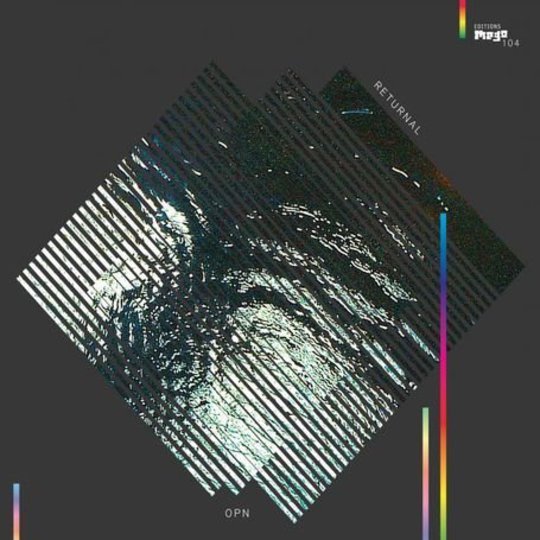 When asked about his relationship with synthesizers in a recent Wire interview, Daniel Lopatin managed to neatly capture the essence of his music. 'I often felt like you’re not playing the instrument, the instrument can be playing you,' he explained. 'That’s the really amazing thing about synths: they have this ability to just totally overpower you and shine on their own. You’re just really the driver.'

It’s that central tension between human and machine, the constant tug o’ war between control and chaos, that lends his music as Oneohtrix Point Never such eerie power. It’s an effect that’s cut from the same cloth as a lot of other minimalist music, whether it’s the longform compositions of Reich, dance music that’s ‘wholly or predominantly characterised by the emission of a succession of repetitive beats’, or the synth-based experiments of Lopatin’s contemporaries in Emeralds. Reptition with modification, basically, but while in many other cases that modification is predetermined or intentional, Oneohtrix Point Never seems to thrive on the things that happen when the ghost in the machine starts to wrestle back some control from its so-called controller.

It’s a nice feat of timing for Editions Mego to release Lopatin’s fourth album, Returnal, immediately after Emeralds’ gauzy Does It Look Like I’m Here? What both records share is a general shift away from what might be considered a typical Mego-ish sound, and a sonic aesthetic as heavily indebted to Eighties pop music as to Tangerine Dream and kosmische. That said, despite the two artists regularly being stuck alongside one another as obvious contemporaries, both albums serve to highlight their changes in approach. For all its subtlety, Does It Look Like I’m Here? is all about distillation and tight control, reigning in song lengths and abstract tendencies to craft something that’s almost, but not quite, pop. Returnal, on the other hand, is about expansion, moving away from the individual sketches of last year’s huge Rifts compilation towards a full-length statement of intent. It’s certainly not about listening to it as any less than an entire piece of music, and it’s difficult to do so; each track bleeds into one another so seamlessly that it’s impossible to determine where they join.

The first hint that Returnal is intended as a complete entity comes with initially terrifying opener ‘Nil Admari’. For anyone even remotely versed in Lopatin’s music, its sheer abrasiveness comes as a shock; his usual softened shifting ambience is relegated to the background, behind volcanic bursts of white noise and unnervingly human shrieks. It’s a bracing five minutes, but only makes sense in light of what arrives later. As the turmoil gradually sinks into the depths of ‘Describing Bodies’ it becomes clear that the opening onslaught has acted as the aural equivalent of a palette cleanser, oh-so-slowly reeling the attention further inward towards what might otherwise be seen as rather relaxing New Age mood music. There’s no doubt after the opening salvo that it’s possible to enjoy Oneohtrix Point Never without the slight concern that you’re heading down the path towards dodgy Sounds of Yoga: Volume 2 meditation music.

The layered structure of Returnal mimics perception. Underneath the main theme of each track, subconscious shifts cause associated ripples on the surface. It’s a trick that’s perhaps most successful on the gorgeous title track. The most nakedly affecting thing Lopatin’s yet put his name to, its stuttering central riff is shrouded in wordless vocals, which bring the all-important human element to the fore again. While the first half of the album describes their graceful struggle, on ‘Returnal’ the driver once again takes the helm and bends the machine’s will to suit his own agenda. For the final four tracks they strike an uneasy equilibrium that reaches its pinnacle in the open spaces of ‘Ouroboros’.

Both beautiful and terrible at once, Returnal is the aural equivalent of a scuba dive in the open ocean. Total immersion is like hanging in a calming blue that stretches out to infinity on all sides, poised above an abyss so deep and dark that its very presence induces vertigo.