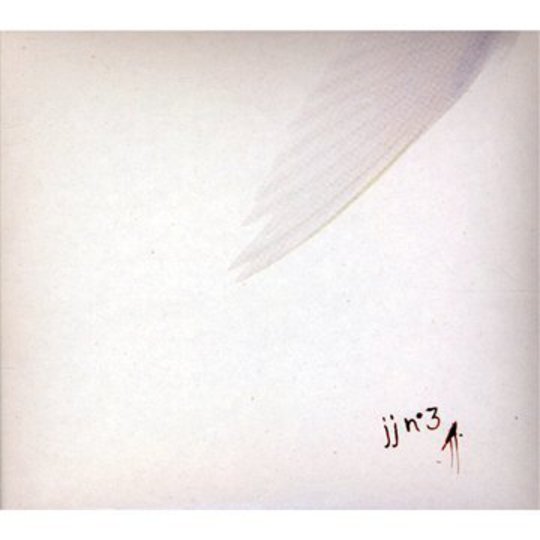 Gu... Oh, there you are. Yeah, hi. Now don't take this the wrong way... I have nothing against the recreational use of mind altering substances and I admit that in moderation they can result in the creation of things of wondrous beauty and magnificence the likes of which the world has never seen and whose very being the untainted brain cannot even begin to comprehend - yes, indeed, they can have some pretty awesome results.

But the new album - it's not one of those.

You know - a thing of wondrous beauty and magnificence the likes of which etc.

Please, don't misunderstand me. I am not casting aspersions on your talent. You have a fan in me. I fell in love with ‘Ecstasy’ within 15 seconds of hearing it. Your last album was what made me look forward to n° 3 so much. I waited and waited and waited and then it was out and I pounced and then...

Well, it's not BAD. I mean, 'My Way' is really lovely - almost literally ethereal. And also a bit crazy. A heart-wrenchingly disembodied piano-led cover of a GAME/Li'l Wayne song? Until mere moments ago my happy obliviousness would have kept me from mentioning this fact but it is now making my head spin with its impossible, un-ignorable surrealism. What a great, great way to introduce the album to the drooling listener.

And 'Let Go' is marvellously liberating - you can hear waves upon the shore and you can feel the breeze combing itself through your hair and you HAVE to ignore the heroin analogy in the lyrics, because that is an appalling line that is thankfully done away with early in the song and fortunately countered by the utterly refreshing “let go/let your skin show/that you've been in the sun today.”

But that's where it ends. From track three, jj n°3 turns sadly forgettable. There appears to be no effort put into it, no attempt made to make the songs truly appealing, to separate track from track, to give each its own identity. They're not bad, they're just blah. They're a bit out of it - like they've had a bit much to drink. Perhaps popped a pill too many, or eaten one extra cookie. Things start to get a bit lazy. 'Golden Virginia', for instance, is the same voice but you hear it go a bit slack; unafraid - perhaps unaware - of going slightly out of tune. In its two-minute entirety, 'Light' comes across as little more than dazed, muddled vocal meanderings. But what on earth is going on in its predecessor? ‘Into The Light’ is a confused, unusually over-synthy mantra punctuated by football commentary. What?

More ‘What?’s for ‘Voi Parlate, Io Gioco’ – irrelevant opening sample contains song title, but how does it have anything to do with the seemingly unrelated nonchalant rest-of-the-song? And please, please tell me I am mis-hearing “Forever true/like we used to/confuse you/with the doodoo.”

The final track 'No Escaping This' is different, though. It's a miraculously hangover-free gradual regaining of consciousness at dawn on a beach-bed of twinkling sand crystals. It feels incomplete, though, as it slowly, very slowly, fades itself out into oblivion leaving you with an unfulfilled 'to be continued.'

With album covers, song titles, lyrics and videos jj like to show themselves off as unashamedly pro-narcotics. However, far from implying that mind-expansion = mesmerising creativity, jj n°3 unfurls like it’s going through the course of a drug-induced reaction. Puffed up with an assortment of psychoactives, it lies semi-stupefied and mumbles incoherently for most of its duration, waking up just in time to shuffle dazedly out the door leaving half its belongings behind.