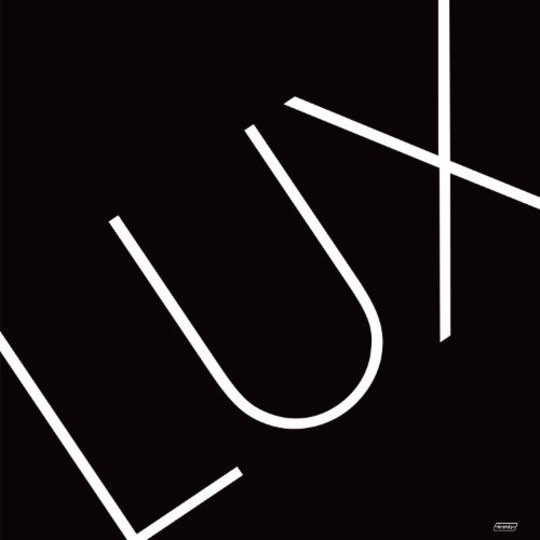 Occasionally someone will come along who is so clearly indebted to, and influenced by, an existing artist's specific aesthetic that the reference point becomes, for better or worse, attached to all analysis as inevitably as the Queen is affixed to every five pound note. Think The Last Shadow Puppets and Scott Walker or Isobel Campbell and Mark Lanegan and Lee Hazelwood and Nancy Sinatra. Then there is the artist that rides on a very similar wave of incessant comparisons whilst evading any attempts to marry their sound to a single name.

Lux, the debut studio album from Chicago’s Disappears seems to fall under this second category, their sound likely to bring names to lips as quick as the music can hit ears. But any straw poll will generate so many different monikers, eras, movements and sub-genres that any attempt to conclude exactly what or who they sound like will gradually become pointless. In short, Disappears are everything and they are nothing, referencing so much without explicitly touching anything at all. Some could say it’s purely because they deal in basic formulas that have lent themselves to all manner of interpretation and execution over the last 60 years. But really it’s more interesting and exciting than that, more than just a cheap heavy-handed fumble through layers of flat-pack iconography. Instead it feels like Disappears have managed to kidnap the very essence of what Rock and Roll is, or has ever been, and torture it until it cries out in pain for twenty-seven sinewy, scabrous minutes that, to steal a line from Lester Bangs, should really only be described as ‘a real earthquake mindfuck’.

Opening track ‘Gone Completely’ sets a knot that the following tracks only tighten, a febrile firebomb of screeches, rumbles, distortion and echo cut through with the sort of sneering, irreverent vocals that might come across as hollow and sickeningly studied nonchalance in lesser hands. Here it only ever sounds like pure, bloodshot nihilism, needing to be barked out before they can eviscerate the source. Indeed Brian Case’s vocal tics are loaded with threat and menace throughout with words cut up, stretched apart and stabbed out, often pockmarked with barks and yelps like someone with tourettes embracing the uncontrollability of their vocal chords to make anyone who takes the time to stare feel as intimidated as possible. With jagged, driving rhythms akin to the death rattles of worn down engines, songs like ‘Magics’ and ‘Little Ghost’ are soundtracks to futile attempts to outrun fate. In turn, the brevity and force of the album makes it feel like the work of condemned men who have decided to see how far they can get and how disruptive they can be before the transmission cuts out. ‘Pearly Gates’ brings the most frenetic and charged moment of the album, an interrogation of faith in the face of inevitable disintegration, the lyrics asking "will crucifixion save your soul when you’re old?/no afterlife or afterdeath/ can you forget what you believed for so long?", until everything is swept away and engulfed by the squall.

As final track ‘No Other’ considers "When’s this gonna end/ how's it gonna be?", it’s apt to return to Bangs and his dissection of The Idiot-era Iggy Pop. In attempting to understand what has made him tick 'til now, Bangs decides that Pop has always been ‘describing…the problem, the anomie. That there is no solution but death is why all the rest of it happens. This is a person that feels profoundly unalive, or, conversely, so rawly alive, and so imprisoned by it, that all feeling is perceived as pain. But feeling is still courted, in the most apocalyptic terms…and the performance begins to look more and more like a seizure’. And so comes the final line of this stunning, convulsive album, "When the end it comes I will be with you to watch it all just fall apart", each word closed off and jutting out like the finishing sentence of a man with few breaths left in his lungs, yet with enough energy left to make every word a crazed howl instead of a flickering, faltering whisper.