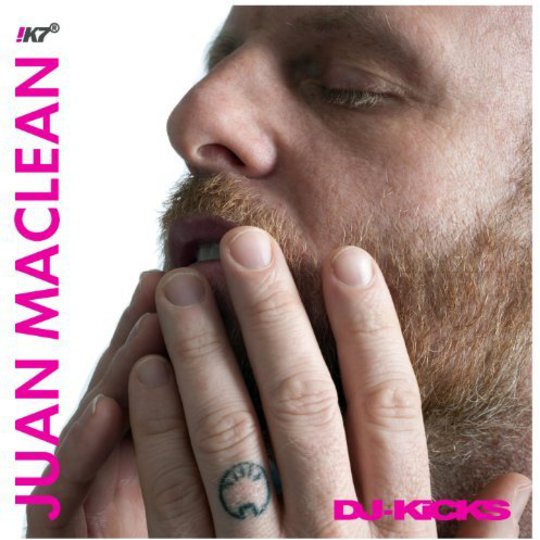 Given that for every Kruder and Dorfmeister there’s been a Kid Loco, mixing a DJ Kicks isn’t a guaranteed passport to posterity, but it is a ringing affirmation that you’re a DJ who defines their time. Dance music historians will well be able to chart prevailing trends simply by following the series from the start: beginning with CJ Bolland and Carl Craig’s techno mixes from the mid-Nineties before breaking into trip-hop and drum’n’bass with Nicolette and Kemistry and Storm, the eclecticism of the Noughties represented by Trevor Jackson’s punk-funk, Chicken Lips’ dub disco and the magpie pop of Erlend Oye and Hot Chip. All are snapshots of their respective eras worth preserving as historical documents when 99 per cent of other dance music compilations deserve to be buried.

Yet when our rave archaeologists unearth the first DJ Kicks of this decade, they might think they’ve dug too far and struck the early Nineties instead. Specifically New York, since, with its looped vocals, disco samples and tribal beats, Juan Maclean’s mix is very much in thrall to the house sound that dominated his hometown during the years when Masters At Work could do no wrong. In fact, it’s only when they look at a tracklisting, featuring the likes of Shit Robot, Danny Howells and Rick Wilhite, amongst more obscure connoisseur’s choices, that they’ll be able to forget carbondating as the only means of pinning down which century this actually belongs to.

Maclean is something a historical revisionist himself: last year’s The Future Will Come album for James Murphy’s DFA label was heavily indebted to Eighties synth-pop. Yet DJ Kicks is actually far more contemporary than it might sound, simply because house music is going through one of its periodic Moebius loops at present. Following the minimal and electro-house reinventions, producers such as Dennis Ferrer and Maclean himself have been revisting East Coast house, finding its spirit an antidote to electro-house’s lack of soul and the thump of the beats a stern corrective to minimal’s prissy bitch-slaps. Plus, the nu-disco revival is going even further back, to the very Seventies disco sound that inspired house in the first place.

This is the current state of affairs represented by DJ Kicks; which really kicks off with the arms-aloft piano and Chic-style guitar of Still Going’s ‘Spaghetti Circus’, which features a surprisingly straight-faced and bullfrog deep vocal from comedian Reggie Watts, and reaches a climax with a remix of Shit Robot’s ‘Simple Things’ from Norwegian cosmic disco king Todd Terje. Both of these tracks were originally released on DFA, but Maclean doesn’t stick solely to his parent label’s wares. Jamie Lidell performs one of his patented Prince impersonations on the Manuel Sahagun remix of ‘Pieces Of Me’, ace Glaswegian producer The Revenge does the business with the funky filters on a reworking of 6th Borough Project’s ‘The Planets’ and Maclean’s forelock-tugging towards Detroit comes close to grovelling when he includes the Theo Parrish remix of Rick Wilhite’s ‘Get On Up!’ not once but twice. Plus, as per DJ Kicks requirements Maclean turns in his own exclusive track in the form of ‘Feel So Good’, an absolutely blinding nu-disco number which proves he has real love for this music in his lifeblood. As does his mixing, which gives each track enough space and respect to breathe whilst still retaining the tight grasp of pace that house music needs to work. You can hear is as he winds the dancefloor up with the hip-hop inflected ‘Everybody Get On The Decks’ before letting it glide away like a spinning-top with Danny Howells’ deep ‘Laid Out’, or brings everything down to a sexy simmer with Giom’s ‘I Know You Were Right’. But it’s a spot-on track selection that’s constantly marked the DJ Kicks series apart from other compilations, and in this respect Maclean really is a worthy addition to the fold. This edition may not have the depth of Nightmares On Wax or Rockers Hi-Fi’s legendary instalments or the sort of surprises you’d get from people like Radioslave or Lindstrom, but if you need someone to show you exactly where house music is at right now then this Juan really is the don.