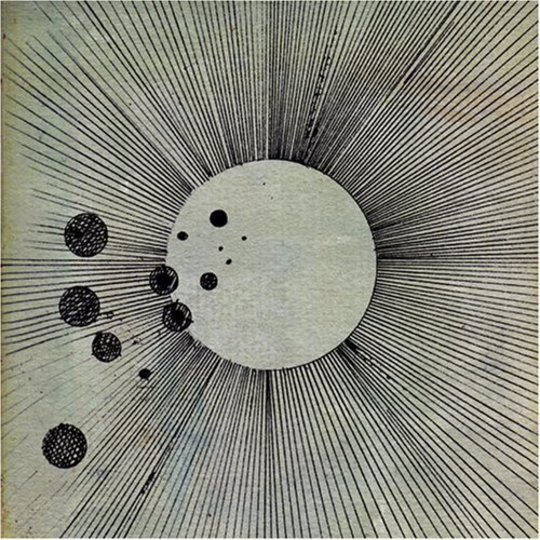 To paraphrase Joseph Goebbels, when I hear the words 'space opera' I reach for my revolver. Or perhaps, given the way in which Flying Lotus reflects a modern vision of the same combined spiritual ritual and synapse-frying freak-out expressed by Parliament-Funkadelic, the weapon of choice should be a bop gun. It’s staying holstered, though: while in science fiction the term denotes melodramatic claptrap, and its musical relation the rock opera is always melodramatic claptrap, FlyLo’s so self-described third album is a serious proposition. In fact, for over half its length it’s masterful.

That Cosmogramma is ‘merely’ very good indeed, as opposed to eye-implodingly, teeth-detonatingly brilliant, seems more surprising than it should be. After all, most musicians labour for entire careers without coming within an unravelled lower intestine of being very good. But then, Steve Ellison isn’t most musicians. Twenty-six years old, and with two albums behind him – 2007’s diverting 1983 and the following year’s superb Los Angeles – he’s the main conduit through which J Dilla’s intricate, woozily unquantized sound-meshes spread into the UK’s dubstep and wider bass music scenes.

Because of that, and the huge influence he’s had on what might awkwardly but accurately be called the leftfield of the mainstream of underground electronic music, Ellison finds himself occupying the same sort of position Aphex Twin did ten years ago (that is to say, when Richard D. James was still regularly releasing music). That means his new material, both sacred and profane, is greeted as eagerly as a hardcore Catholic swallows the host, or a jonesing addict pops a vein. A defensive trend among tweets linking to partial, unsanctioned leaks of Cosmogramma prior to release has been to claim the helplessness of the zealot or junky: FlyLo product is too good not to steal.

In the loose confederation of house, garage, skweee and dubstep styles presently rallied under the catch-most of bass music, competent productions are designated ‘next level’ at the drop of a hi-hat. FlyLo, however, is the real thing: the only thing you can be sure he’ll do next, as this album makes plain, is something he hasn’t done before. Cosmogramma is dense and devotional, Ellison piloting his craft into the fading slipstream of his aunt Alice Coltrane’s cosmic strain of jazz. Not that it’s jazz, exactly. Well, no more than it is techno, dubstep, chiptune, P-funk, IDM and, by no means least, hip-hop. In fact, it often comprises several of these styles on a single track. The lurid bitstream jumble of ‘Computer Face/Pure Being’, for example, flips between 2step and 4/4, playing a dizzying game of tag with dubstep and donk.

As that might suggest, it doesn’t take long for things to get maximal. ‘Pickled!’ sets the bar with its competing basslines, bleeps, sirens, abstracted percussion and a battery of modulating whines. A string fragment moving back and forth through the choked sound field has the effect of a chill sprinkler on a stifling day. This effect is repeated several times throughout the album, OutKast and Erykah Badu collaborator Miguel Atwood-Ferguson’s string arrangements convincingly spanning a wide range of styles, from the stark modernism of ‘Arkestry’ to the sweeping P-funk strut of ‘Do the Astral Plane’

That latter track embodies one of the strengths of Cosmogramma, one that might not be talked about enough for all the talk of its creator’s sonic innovation: this album has tunes. 'Do the Astral Plane' is the most broadly catchy, the beats chopping in and out, scratch-style, beneath a melody wavering around the edges of ‘One Nation Under a Groove’. Operating at a more meditative pitch, the existential plaint ‘...And the World Laughs With You’, featuring a Thom Yorke vocal, is equally memorable. And while closing track ‘Galaxy in Janaki’s blend of horn stabs fresh from Love’s Forever Changes (one of the quintessential LA albums, fittingly), blaxploitation strings, stuttering rimshots and rapid-fire bass scales might not sound like something you’ll catch yourself whistling in the shower, the melody sticks despite the confounding density of its construction.

It’s deep into the album, just beyond the flicker and rumble of ‘Satelllliiiiiteee’, that Cosmogramma enters a lull. The moody jazz improv of ‘German Haircut’ and ‘Recoiled’s forceful grinding through the distorted bass gears feel aimless, and disrupt what had been an unbrokenly intense, enveloping experience. That loss of momentum infects the remainder of the album, which becomes a sequence of disparate tracks – albeit good ones, including Laura Darlington returning alongside the ping-pong ball beat of ‘Table Tennis’ – that seem pale beside the transporting flow of the record’s extended initial section.

In his liner notes for John Coltrane’s 1960 album Giant Steps, Nat Hentoff describes his ‘sheets of sound’ soloing style as ‘multinote hailstorms of dense textures that sound like a simultaneous series of waterfalls.’ For nearly half an hour Cosmogramma resembles nothing so much as a contemporary, laptop and live instrumentation (of which there’s a lot on this record, particularly harp, bass and sax) remodelling of that phenomenon. And even if this space opera doesn’t quite make it all the way to the stars, we still get to visit some pretty extraordinary places before the phat lady sings.