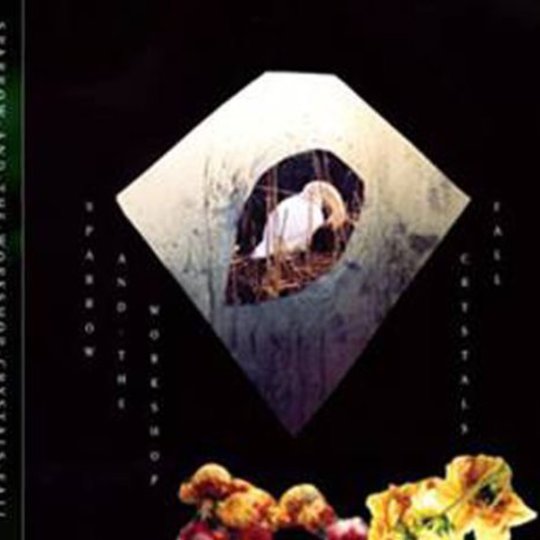 Every now and then a band comes along that you can really get behind. A group whose vision is so perfectly realised and execution so assured that you have to wryly nod to yourself and think 'Fuck. Yes.' For me, at this moment, Sparrow And The Workshop are that band.

Following the remarkable Sleight Of Hand and hot(ish) on the heels of DiS-approved second EP Into The Wild comes the band's full length debut Crystals Fall. And it's everything you could want it to be.

It matters little that it's essentially a compilation of those first two EPs plus two newly-penned tracks; it still manages to sound completely fresh. Even to someone, like me, who has had Sleight Of Hand on near constant rotation since picking it up at a Sparrow gig last year. (Oh yeah, they're also a kick-ass live act, but that's for another time.) For those unfamiliar with the band's sound, imagine a beautiful, passionate collaboration between the Handsome Family and Lift To Experience. Imagine the doleful yet humorous beauty in death outlook of the former rubbing up against the breathtaking post rock country crescendos of the latter. Conjure, if you will, the gorgeous boy-girl harmonies of the Family wrapping their honey dripping syllables around the balls out, ragged Texan string wrangling of the Experience. All condensed into three minute dark country revenge vignettes. Yes, that good.

The tracks have been 'reworked and remixed' by Paul Savage, who has done a sterling job of bringing the band's strengths – those gorgeous harmonies, courtesy of the extremely talented Jill O'Sullivan and drummer Gregor Donaldson, not to mention the deft and perfectly considered guitar work and rollicking basslines of Nick Packer – to the fore. Lifting it from the atmospheric, but ultimately obscuring, reverb wash of the earlier EPs.

This new take on Sparrow's sound is especially evident on single 'Devil Song', where Gregor's rich baritone makes the perfect counterpoint to Jill's alternately lilting and soaring vocal. All of it perfectly punctuated by forceful, driving drum rolls.

O'Sullivan puts in a star turn throughout in fact. Switching on a dime to sound alternately regretful, damning, vulnerable and mad as hell, often in the same song. Her voice is perfectly suited to music so passionate; she crafts memorable melodies that will stay with you for days on end.

Everything on Crystals Fall is delivered with such an assured, singular vision and a palpable and completely admirable disregard for trends, fads and fashions that it's impossible not to fall in love with it. This is genuine, honest music impeccably crafted by three individuals with an obvious desire for their chosen path.

The Sparrow And The Workshop are fully deserving of the mounting attention they're receiving. Hopefully Crystals Fall, along with their upcoming Brian Jonestown Massacre tour support, will help propel them into the public's consciousness, where they belong.