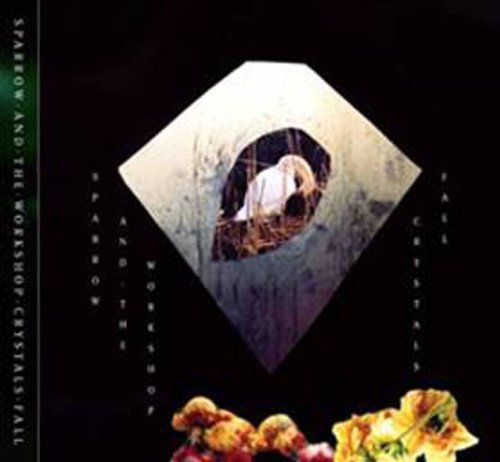 Sparrow and the Workshop - Crystals Fall

Everything on Crystals Fall is delivered with such an assured, singular vision and a palpable and completely admirable disregard for trends, fads and fashions that it's impossible not to fall in love with it. This is genuine, honest music impeccably crafted by three individuals with an obvious desire for their chosen path.»

sparrow and the workshop release their debut album 'crystals fall' through distiller records. the album is an amalgamation of their previous ep releases plus two brand new songs. all tracks have been reworked and remixed by up and coming producer paul savage, except 'medal around your neck', which was produced by tim rowkins. the band comprises of belfast born, chicago-raised jill o'sullivan (vocals / guitar / violin), welshman nick packer (guitar / bass) and scotsman gregor donaldson (drums / vocals.) jill's voice has developed into a powerhouse of flexibility, allowing her to soar from keening sandy denny-esque tones to sensual peaks you're more likely to expect from pj harvey. they have also slowly incorporated subtle elements and moods from metal, grunge, doo-wop and country into their songs - a friend of the band recently described one new song as 'joanna newsom backed by black sabbath'. album highlights include the sea-shanty-esque 'devil song', which was their debut single, 'into the wild', 'a horse's grin', 'you've got it all', the gun plus the psychedelic folk epic 'crystals'. there is something gloriously new about the way sparrow flit from the most delicate of americana ditties to crashing post-rock crescendos at the drop of a hat. they might be folk but there's certainly nothing traditional about this band.
description from www.roughtrade.com